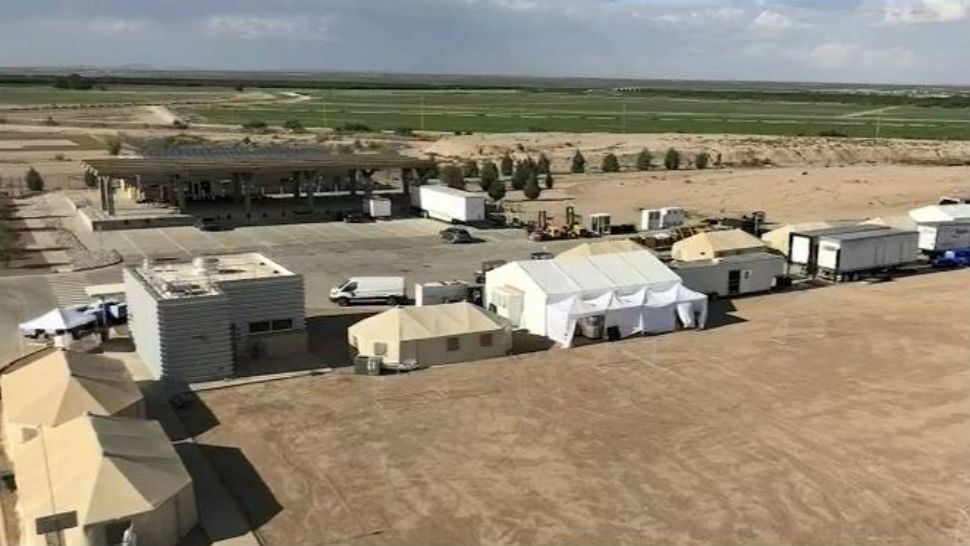 EL PASO, Texas – Video and images of children separated from their parents coming out of the Texas border caught the attention of leaders nationwide.

Mayors from across the country are heading to Texas detention facilities. Austin Mayor Steve Adler will join 10 fellow mayors in El Paso, along with eight City Council members.

The local leaders will travel to Tornillo or “tent city,” the area where hundreds of immigrant children are being held in tents.

Protests are planning against President Donald Trump's "zero-tolerance immigration policy," which includes separating children from their parents as they cross the border seeking asylum.

It is unclear how many children are housed in Tornillo, but according to Rep. Will Hurd the shelter is about to reach its 360-bed capacity and is looking to house an additional 4,000 children.

Adler tweeted that the delegation of mayors will demand change to advocate for the children being separated from their families.

The mayors will arrive in Tornillo on Thursday, June 21. They will hold a press conference at 9 a.m.

Yesterday, I helped facilitate the @usmayors visit to Tornillo where a delegation of mayors from the around the country will demand change. I will be joining my fellow mayors on Thursday to advocate on behalf of these children. #keepfamiliestogetherhttps://t.co/9wSYnnaMBn