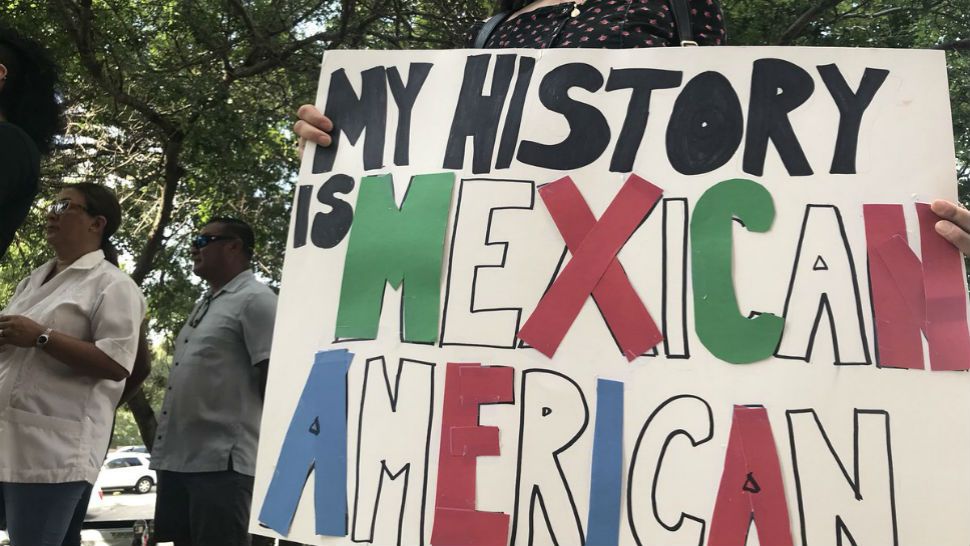 TEXAS – Protesters are gathering before the Texas State Board of Education in an effort to stop the renaming of a Mexican-American studies high school course.

In April, the education board approved a statewide Mexican American Studies course. However, the course is slated to be renamed to “Ethnic Studies: An Overview of Americans of Mexican Descent.”

The change is being opposed for many reasons with some calling it offensive and divisive. The new name was passed by the Republican-controlled board after a 14 to 1 vote.

This is the second rally held this year to ask the board not to rename the course. University of Texas professor Emilio Zamora said he finds the name change offensive.

“They've created a political issue by putting us in a position, wherein saying we're Mexicans, we're going to be appearing to the public as if we are not Americans," said Zamora.

Proponents said they believe this will mean more opportunities to have courses about other ethnicities. Teachers argue that a consistent framework across school districts makes it easier to plan lessons.

"If we can put these types of heroes in the lives of our kids and if they can learn their culture, maybe we can inspire other kids," said board member Ruben Cortez of Brownsville.

The board will vote on the name change on Wednesday.

This 7th grade student says, the Mexican-American studies elective, “helped me find my identify and who I am as a person, that I matter and names matter.” @SpecNewsATX @SpecNewsSA pic.twitter.com/acvuA72wTc

Protesters believe the new name is "offensive" and "divisive."