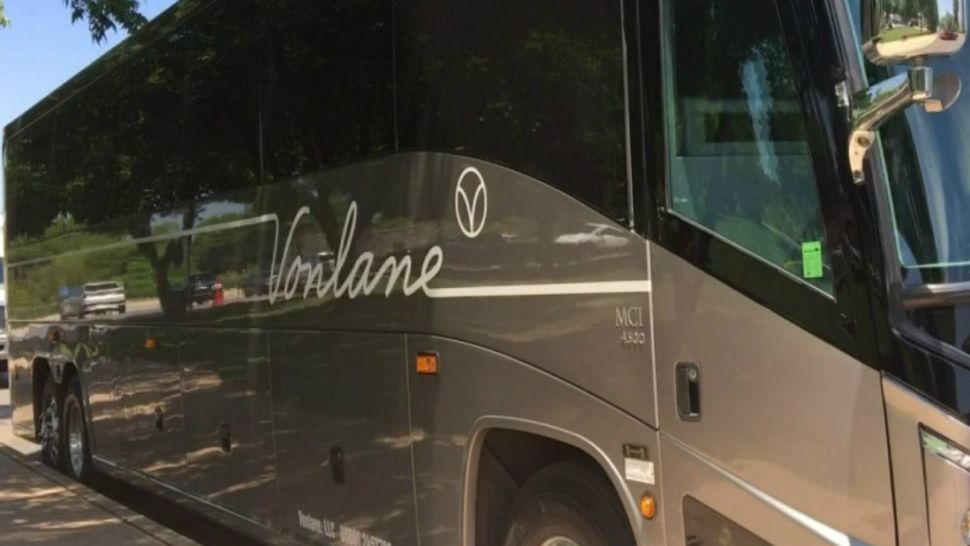 A Vonlane luxury bus appears in San Antonio, Texas, in this image from June 5, 2018. (Spectrum News)

SAN ANTONIO -- Getting from one major city to another in Texas is easier said than done, and the highways are just getting more congested as cities expand.

While it can be a real headache to sit in your car, one industry chipping away at that pain and banking on the growth is private travel - and not by plane or car.

"Sit back, relax, and enjoy your ride."

"We'll bring snacks and other goodies right to your seat."

These are the types of things we heard during our day tour on a Vonlane luxury bus.

On the trip, you'll experience a lot of other things like high-speed internet, food, drinks, and even a shoe shine kit and eye mask if you need it.

When Vonlane chose to expand to San Antonio last year, Danza said it was because of one reason.

"It was the growth. We see this as a strategic city for us to be in. Right now we have our route to Houston. We are looking at doing a route to Austin, which would be kind of a shuttle that goes back and forth all day to Austin," Danza said.

Every day the company provides travel between the five major Texas cities.

"Our typical rider is a business traveler who is looking to be more productive," Danza said.

Vonlane has been in Austin since 2014.

As San Antonio plans to grow by one million more people by 2040 and currently sits at the seventh-largest city in the U.S., Danza says those numbers can't be ignored.

The primary use has been mainly for business travel, but it's also made a big difference for another group of people that you might not expect.

"One thing I'm very proud of is that we provide a tremendous service for cancer patients who are traveling from any of the cities to Houston for MD Anderson treatment. They receive a very discounted rate as well as a special cancellation policy. For every dollar that comes through that program, we're matching a portion that goes into an indigent care fund for indigent patients at MD Anderson so they can travel as well aboard VonLane," Danza said.

Right now, Vonlane departs four times a day from Houston to San Antonio. It costs about $80 one way.

Along with a route to Austin, Danza says the next step is San Antonio to Dallas.