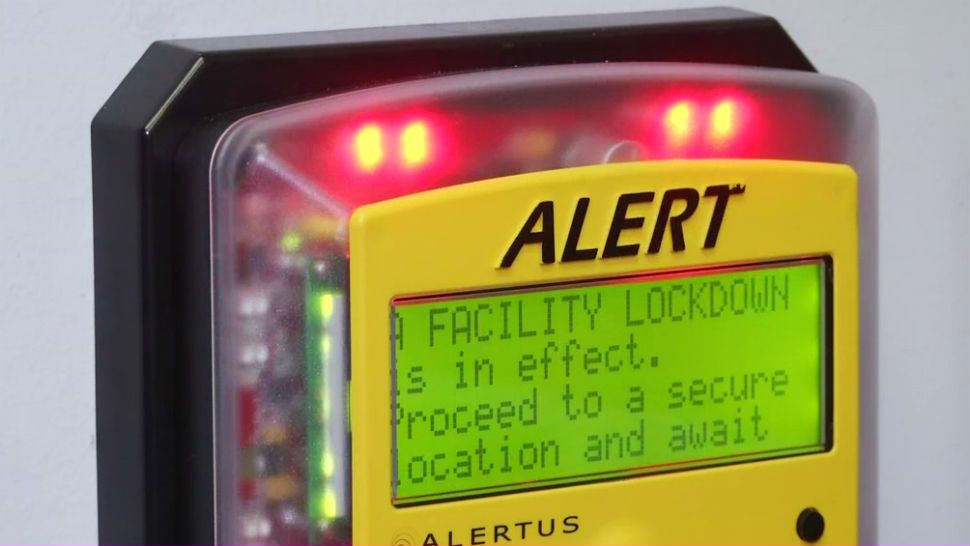 Austin security firm, Ninex, developed a system that can detect active shooters in a school, automatically lock down facilities and reach law enforcement.

AUSTIN, Texas — Heartbreak over the deadly shooting at Santa Fe High School meant it was time for Texas to take a look at how districts are protecting its schools.

Several Santa Fe High School students who spoke to Spectrum News in the wake of the shooting expressed similar sentiments, believing that the incident was related to a fire or a fire drill.

“I went through the back door like it was a normal fire alarm,” said student Suzannah Salazar.

“I just walked outside, like it was a normal fire drill,” said student Todd Penick.

When Gov. Greg Abbott unveiled his school safety plan last week, he acknowledged the dangers of that confusion.

“When they entered into the hallway they met with fire from the active shooter, obviously posing a life-threatening situation, so what is needed is a separate type of alarm system,” Abbott said.

Bradley Spitzer said he has the integrated system the governor is describing. Spitzer is the president of Ninex, an Austin-based security firm.

“Most people are denial when they hear a gun shot, they’re not sure what they’ve heard,” Spitzer said.

“A gun has a specific report sound. The sensors are looking for that sound then the software algorithms are able to identify that particularly type of sound, whether that’s a handgun, shot gun, or semi-auto automatic rifle,” Spitzer said.

When it detects someone firing a weapon, the system is activated. An alarm goes off and specific instructions are given over a public address system. Notifications are also sent to computers, cell phones, and televisions. Doors close and lock automatically. In the meantime, law enforcement is notified of the incidents and they get access to the security system.

“It can also integrated into their existing video system to provide law enforcement critical information of the number of shooters, where they are within the building and what type of weapon that they’re using,” Spitzer said.

The system can also be activated manually through a pull station or at a computer. Spitzer said the technology was not initially intended for schools, but after Santa Fe, he decided to offer it to school districts. His company has already been meeting with school officials and law makers. Depending on the school, it could cost anywhere between $15,000 to $100,000 to install.

“We really should be using technology to protect what we really can’t afford to lose,” he said. “And that’s our kids.”