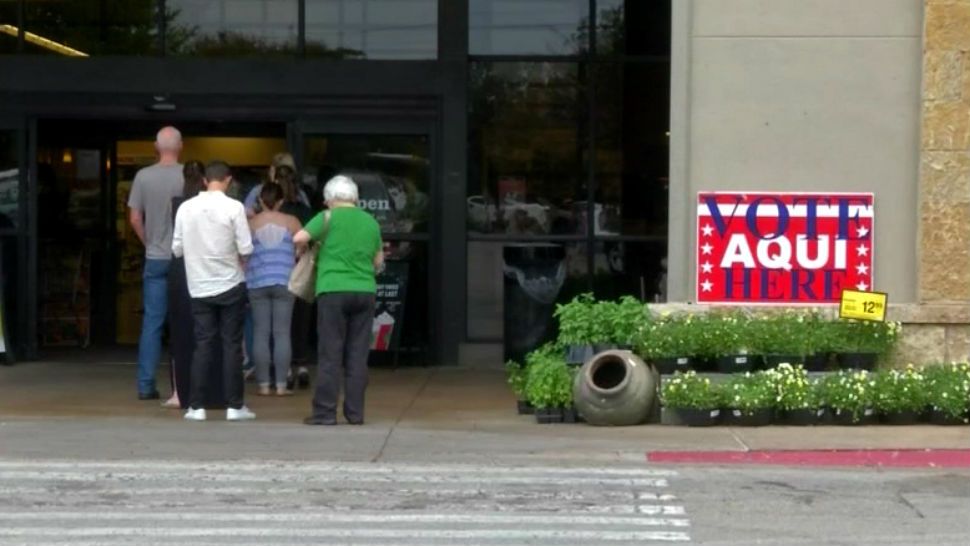 Line of voters in Austin.

AUSTIN, Texas — The City of Austin is considering a program that would give vouchers to voters, which in turn to give to municipal candidates.

Some civic engagement groups believe that when it comes to finding and promoting candidates, money talks.

“Money has way too much influence in our campaigns these days, when the wealthy are the people mainly giving and funding campaigns those are the voters elected officials hear the most,” said Anthony Gutierrez, executive director of Common Cause Texas.

The Charter Review Commission is weighing in on a so-called “Democracy Dollars" program. Eligible Austin residents would get two $25 certificates for every city council and mayoral position appearing on their ballot. Then, they could give that money to the candidate of their choice. The idea is to help people without deep pockets donate to their candidates.

“It really does offer both the opportunity for someone who might not have run to run for office and it encourages and it gives someone some involvement in participating in the system,” said Cinde Weatherby, the president of the  League of Women Voters.

Seattle is the only place in the country with a program of this kind. Supporters in Austin are touting the results.

“The face of what contributors to city elections looked like was much more diverse, as far as bringing in more racial minorities, it was much more gender-balanced, more people were contributing who were from less affluent neighbors just in every possible way they could think of,” Gutierrez  said. “The face of who was funding elections was more representative of the City itself.”

The program would take up to $1.5 million from the general revenue fund.

If the Commission approves it, the City Council will decide if it will appear on the November ballot. Once voters decide, the program would be in place in time for the 2022 election cycle.