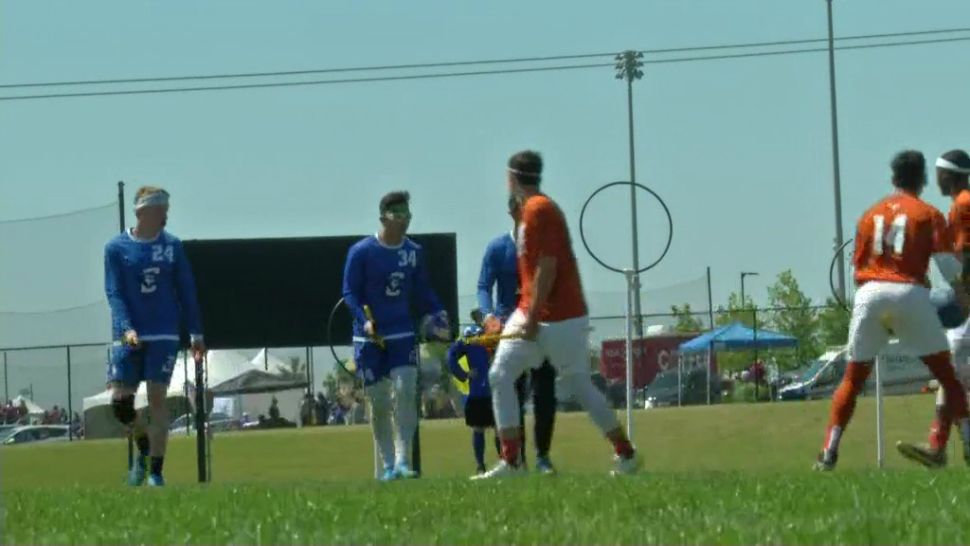 Quidditch teams from across US gather in Texas for annual tournament

ROUND ROCK, Texas -- Nearly 90 quidditch teams from across the country gathered for their annual U.S. Cup in Round Rock.

If you're a fan of Harry Potter, you are familiar with the game of quidditch. It's a fictional sport involving two teams of witches and wizards flying around on broomsticks trying to gain the most points.

For those without magical powers, quidditch is a bit different and has become less about its origin.

"There are two main groups of people. People who are very into it for the Harry Potter or the enjoyment of playing, a sport, a competitive game," said Michael Johnston Jr., with Texas Quidditch.

The game draws elements from other sports like rugby and dodgeball, among others. From the outside looking in, many unfamiliar with the sport don't realize the hard work that goes into playing.

"I didn't expect people to be sitting in a film room to watch quidditch. It's not something you think about until you go to college," said Johnston.

Johnston said their team has two, three-hour practices a week, along with four to five conditioning sessions. This is the first time that the competition has not been on the East Coast and organizers said this was the perfect location to hold the event.

"This is actually the biggest event we've had in six or seven years," said Mary Kimball with US Quidditch. "We wanted it to be an experience where they are going to want to hang out here all day and just have a great time and this facility gives us the flexibility to do that."

A little over 100 colleges have quidditch teams. Fans and players are anxious for the future of the sport.