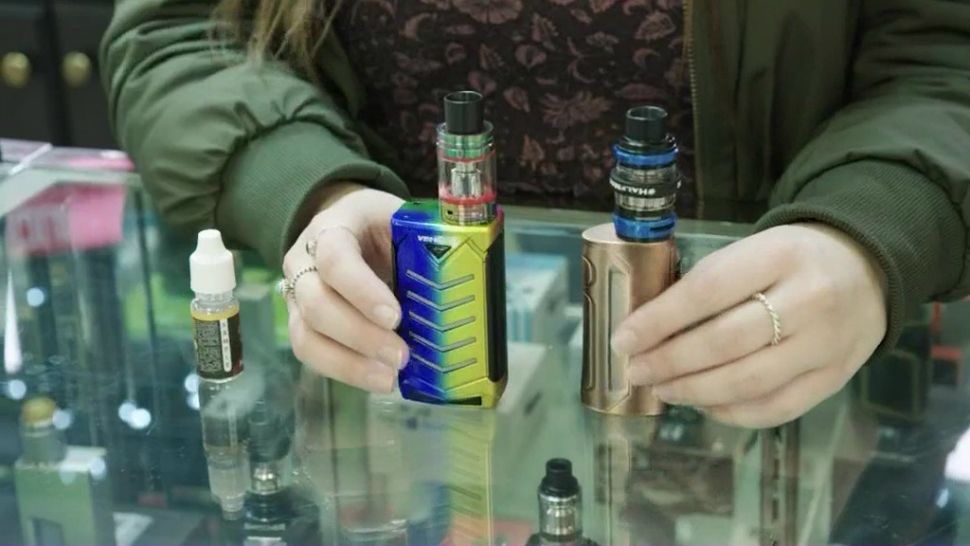 AUSTIN, Texas – There is an increase in high school students vaping across the country and one product called JUUL is particularly problematic public health experts say, because it’s easy to hide.

The JUUL vaporizer is sleek and small, and looks like a USB stick.

Public health experts said because it can be mistaken for a school supply, it is probably tempting to high school students. It has become so popular among the youth there is now a verb for using the product, “juuling.”

According to a Surgeon General report, e-cigarette use increased 900 percent among high school students between 2011 and 2015. That means millions of teenagers are vaping, at a time when smoking rates are historically low.

"One message today is e-cigarettes are less harmful than regular cigarettes, but they’re not free of harm and they’re not safe. Kids think they’re safe, they like them, because they’re new,” said Dr. Steven H. Kelder, a professor with the Michael & Susan Dell Center for Healthy Living at UTHealth School of Public Health.

E-cigarettes can be available in fruity flavors. JUUL’s flavors include mango, mint, and creme brûlée. Nicotine can negatively impact a developing adolescent’s brain. Kelder has given presentations about his research at school districts.

“Nicotine will interfere with that normal growth and development,” Kelder said. “It might mean more impulsiveness, it might mean a higher level of mood disorders like depression, it might be an appetite for other substances.”

But, it does not look like the appetite for vaping in general is slowing down.

“We need a whole lot more information for parents and caretakers of children and the kids themselves,” Kelder said.

One so-called “JUUL pod” is equivalent to one pack of cigarettes or 200 puffs, according to its website.

In a statement sent to Spectrum News, a JUUL spokesperson said:

“JUUL Labs’ mission is to eliminate cigarette smoking by offering existing adult smokers a true alternative to cigarettes. JUULis not intended for anyone else. We strongly condemn the use of our product by minors, and it is in fact illegal to sell our product to minors. No minor should be in possession of a JUUL product. Our goal is to further reduce the number of minors who possess or use tobacco products, including vapor products, and to find ways to keep young people from ever trying these products. We approach this with a combination of education, enforcement, technology and partnership with others who are focused on this issue, including lawmakers, educators, community leaders and our business partners.”

Some initiatives JUUL said it has implemented include limiting the sale of products on the website to those who are at least 21-years-old and deploying a secret shopper program to monitor age verification of retailers.