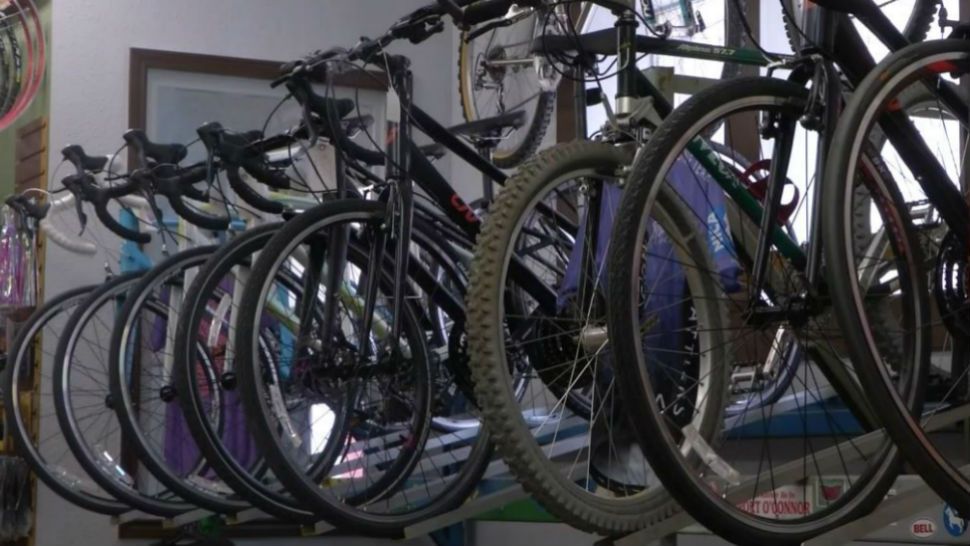 Cyclists given safety tips as bicycle fatalities on the rise

SAN MARCOS, Texas – Cyclists asking for help this spring and summer to keep them safe on the roads.

As the weather gets warmers, drivers will share the streets with bicyclists. However, along with the warmer weather come fears of bicycle fatalities.

For Christian Cortez, a bike is his main mode of transportation. Cortez said he follows the rules of the road and avoids riding at night, but has still had a couple close calls.

In 2016, there were nearly 900 bicycle fatalities. Additionally, bicycle deaths have gone up by 17 percent since 1975. Cycling experts said they need help from drivers to make those statistics drop.

Benny Rice from the Hub Cyclery in San Marcos said it's important for cyclists to obey the rules of the road alongside drivers.

"Following street signs, traffic signals, helmets...really nice. Make sure you got a good one," said Rice.

"If you're mountain biking you're going to want something a little less aggressive, but lots of venting, especially in Texas heat. When you move to road they're a little bit more pulled back," said Rice. "If you can, try to plan routes that have lots of bike lanes, so you can just cruise down that and not have to deal with any crazy roads."

Rice encourages all cyclists to plan their route before hitting the pavement.

Bicyclists are also encouraged to maintain their bikes with three to four tune-ups each year.