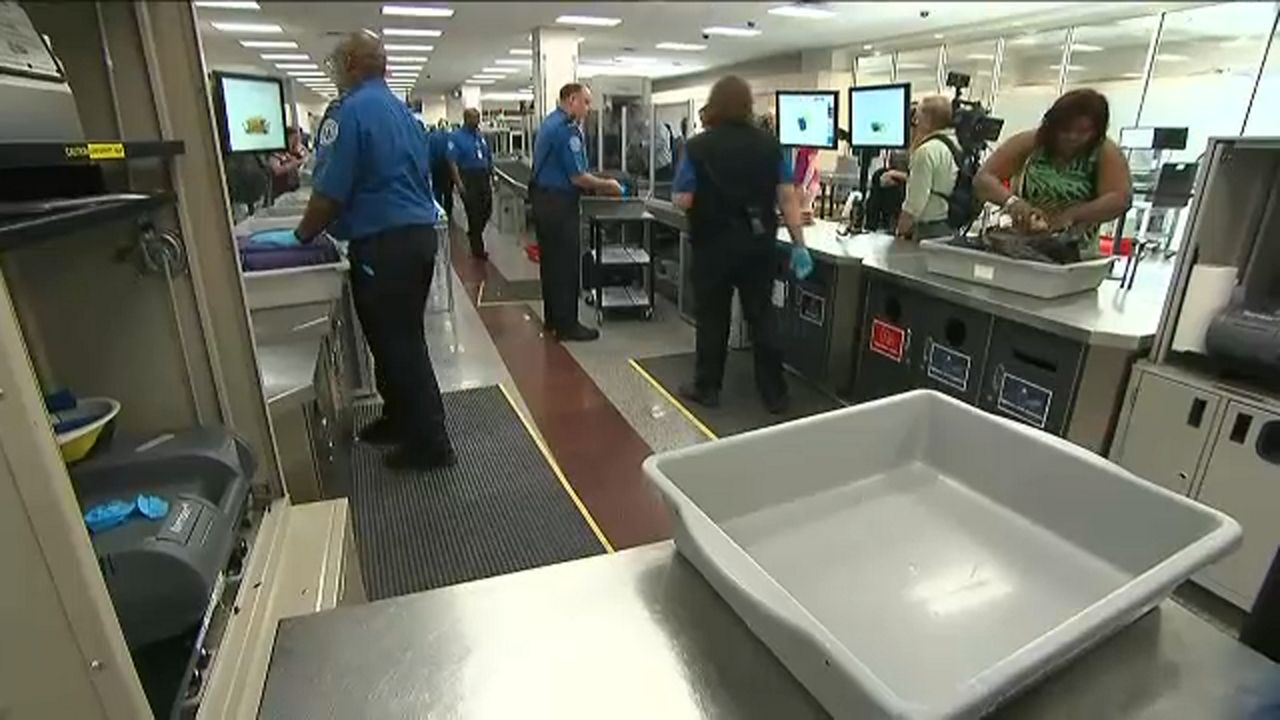 TSA to learn how to handle Native American religious items

FLAGSTAFF, Ariz. — A wooden box carried an eagle feather and bone whistle, a gourd rattle and a feather fan — items that carry spiritual energy and are used in Native American religious ceremonies.

The man holding the box asked security agents at the San Antonio International Airport to allow him to display the items so their energy wouldn't be polluted. The agents declined, roughly handling the items and shoving them back in the box, according to Sandor Iron Rope, former president of the Native American Church of North America.

His lawsuit against the Transportation Security Administration was settled last month, with neither side acknowledging fault and the agency agreeing to better educate its employees about Native American religious items at more than a dozen airports nationwide.

"There was a policy in place designed to provide some protection for us, but they don't have training," Iron Rope said Wednesday. "Not everybody is familiar with the policies."

The TSA did not respond to messages seeking comment this week.

The Native American Church has multiple chapters around the country and an estimated 250,000 members. The church that formed in 1918 blends Native American beliefs and Christianity but doesn't have formal buildings. Instead, its members meet in teepees for lengthy ceremonies and use peyote as a sacrament.

One of Iron Rope's attorneys, Forrest Tahdooahnippah, said church members have had enough bad experiences to discourage them from air travel. He said Iron Rope had no indication agents believed his ceremonial items were dangerous.

"That's part of the reason we felt there should have been a lawsuit in the first place," he said. "Screening of items should be reserved for things TSA has a legitimate suspicion are going to be a danger to traveler safety."

Passengers can do their part by alerting the TSA at least 72 hours in advance to carry-on items that need additional screening and by clearly communicating beliefs, said Richard Bloom, director of terrorism, intelligence and security studies at Embry-Riddle Aeronautical University in Prescott, Arizona.

Security agents cannot be trained in all religions, but he said they can improve on dealing with the unknown.

"A little bit of sensitivity and respect and really being open to the unique needs of a religious individual can go a long way toward negotiating something that works for the individual and for the TSA," Bloom said.

As part of the settlement with the Native American Church of North America, the TSA and the plaintiffs will collaborate on a webinar that will be available to agents who work with passengers well ahead of their flights to move items through security.

A fact sheet for travelers with Native American religious items will be published in the next three months, and the church will be able to advise and make recommendations to the TSA.

"We're hopeful we'll have a place at the table now so that any future concerns will be addressed quicker and more efficiently than through a lawsuit," Tahdooahnippah said.