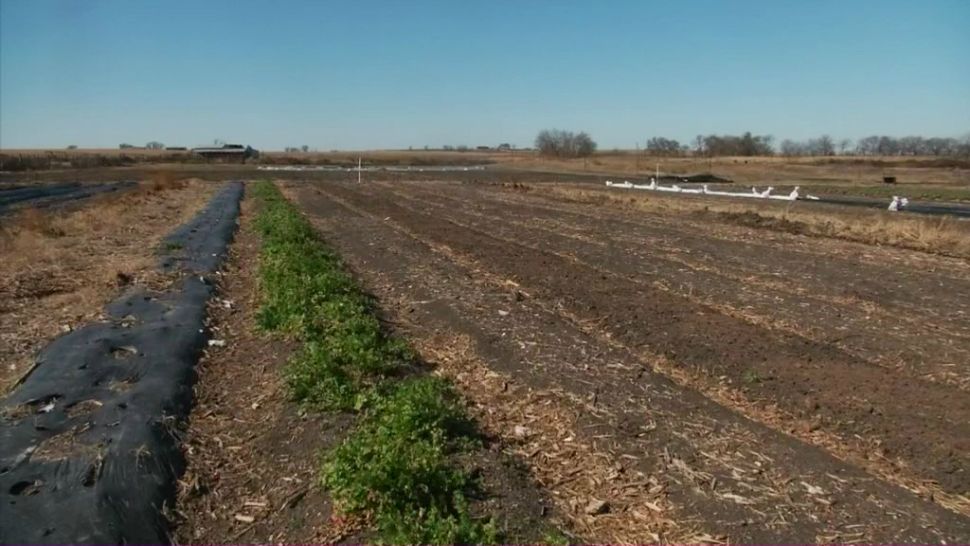 Moderate drought conditions return to half of Texas

ROGERS, Texas – The Lone Star State is under a dry spell as almost half of Texas is experiencing some type of drought conditions, causing ripple effects across the state.

According the U.S. Drought Monitor, half of Texas is in moderate drought conditions.

“Some people might be a little surprised to hear that we’re in a drought, because it's been kind of damp at times this month. But it’s just light rain and drizzle, but that doesn’t do anything to help the drought,” said Spectrum News meteorologist Adam Krueger.

It's not only putting Texans at risk for wildfires, but it's also affecting local farmers and their profits.

Ben McConnell wants to make his farm, Bouldin Food Forest, as sustainable as possible. He hopes when it finally does rain, the landscape techniques he is using will help collect and store rainwater more efficiently.

“Dealing with the weather, which is really unpredictable and challenging; it is part of the gamble that you make. But it seems like many times the odds are stacked against you,” said McConnell.

His 150-acre property in Bell County has been hit hard this January. Ninety percent of his produce had to be replanted this past week.

“That lack of rain and the freezes we’ve had have been a pretty big blow to the gut,” McConnell said.

He normally uses a pond to irrigate the crops, but because there's barely been any rain, the pond has dropped by almost 5 feet. McConnell now has to rely on county water, which he said is expensive and not what's best for the soil.

The freeze and the drought has also affected his bottom line.

“This has been a pretty tough month, but without food to sell there’s no money coming in," McConnell said.

The weather is also not helping fire risk. As of Monday, more than 100 counties across the state have a burn ban in effect. Fire officials urge the public to reduce fire danger by not throwing cigarettes on the ground, avoid driving through dry grass, operating well-maintained machinery, and if they are hauling equipment, making sure they're not dragging any chains.

“We’re susceptible to grass fires and that’s what we’ve seen happen each time we have a strong northern wind," said Travis County Fire Marsha Tony Callaway. "Wehicles and other mechanical malfunctions like chains and such are causing grass fires."

Spectrum News meteorologists predict this drier than average weather pattern will go on the next few months.