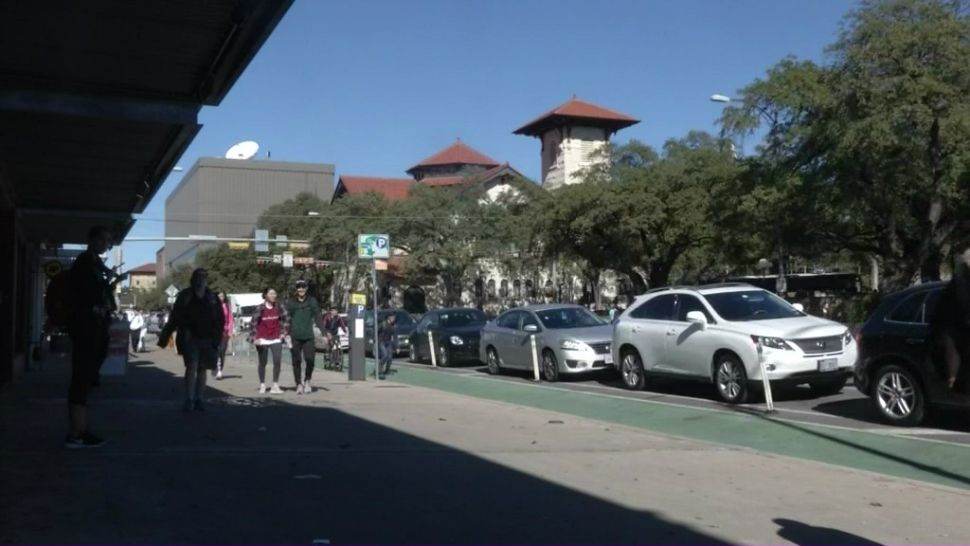 AUSTIN, Texas -- The University of Texas Police Department is going beyond what is federally mandated when it comes to alerting students about potential threats on campus, this after a weekend of criminal incidents.

Sunday, in front of the Tyler's store near Guadalupe and 24th Streets, a female UT student said a man approached her from behind and pulled down her pants and underwear.

"I wanted to be so surprised, but there's so many bad things that happen here all the time that I almost kind of wasn’t. I was like, 'Wow, look at that. We’re back to school now.’,” said Emma Huff, a UT junior.

Earlier in the day, a burglary took place up the street on United Methodist Church. On Friday, someone robbed two Subway restaurants just east of campus.

UTPD is now asking Austin Police to let them know about all crimes within a designated area, where students are most likely to live and walk around. The boundaries are as north as 30th Street, south as 15th Street, east to Poquito Street and west to Lamar Boulevard.

"Those are effective in helping students know which areas to avoid at what times and I know that they’ve definitely been helpful for me in knowing which routes to take home and to and from class," Huff said.

While they say the expansion is helpful, some in the community, including parents, are asking for more. Joell McNew is the vice president for Safe Horns, an advocacy group that started after the death of Haruka Weiser. McNew is also the parent of a UT junior.

"We want cameras out here, we would like to see a patrol out here, if they don’t have the staff to patrol it with UTPD and APD all the time then there's got to be more infrastructure change," McNew said.

Safe Horns also wants more people, specifically parents and politicians, to opt in to the text alert system. McNew has already brought it up with Mayor Adler's office.

"If [City Council members are] opting into the text alerts just like students then they’re getting to feel how it feels like to be a student at UT Austin," McNew said. "They know the crime, the frequency, and the ways that students are having to navigating safely through the community."

In the meantime, Huff said she is not taking any chances when it comes to her safety. She was friends with Wieser. Huff said she carries pepper spray and pocket knife and stays cautious when she is out at night. Huff heeds the call of law enforcement officials to never walk alone.

"I don’t want to be attacked, so I do whatever I can. If we don’t have those kind of preventative measures in place, it feels like it’s up to me to ensure that I’m safe,” said Huff.