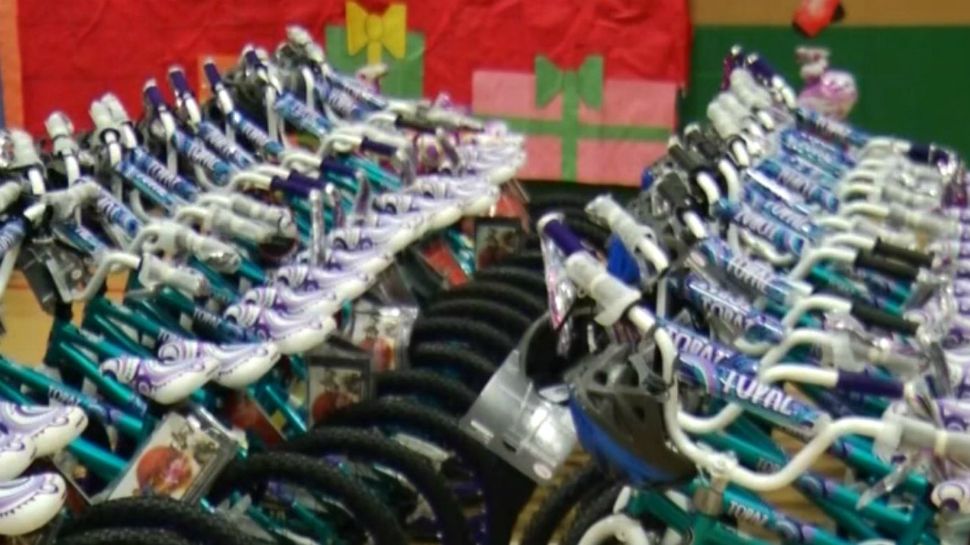 AUSTIN, Texas -- Christmas is just over a week away, but many families are struggling to put gifts under the tree, which is where groups like the River City Youth Foundation comes in.

Hundreds of volunteers stepped up for the 20th annual Merry Memories event to give away thousands of bikes and other gifts to families in need. Organizers say for many of the people they serve, the gifts from this event might be all they get for the holidays.

"Thousands of people have attended today, in spite of the rain.  There's only one reason why they would brave that rain. And that's because they know that this is an event that they will never forget,” said Mona Gonzalez, with the River City Youth Foundation.