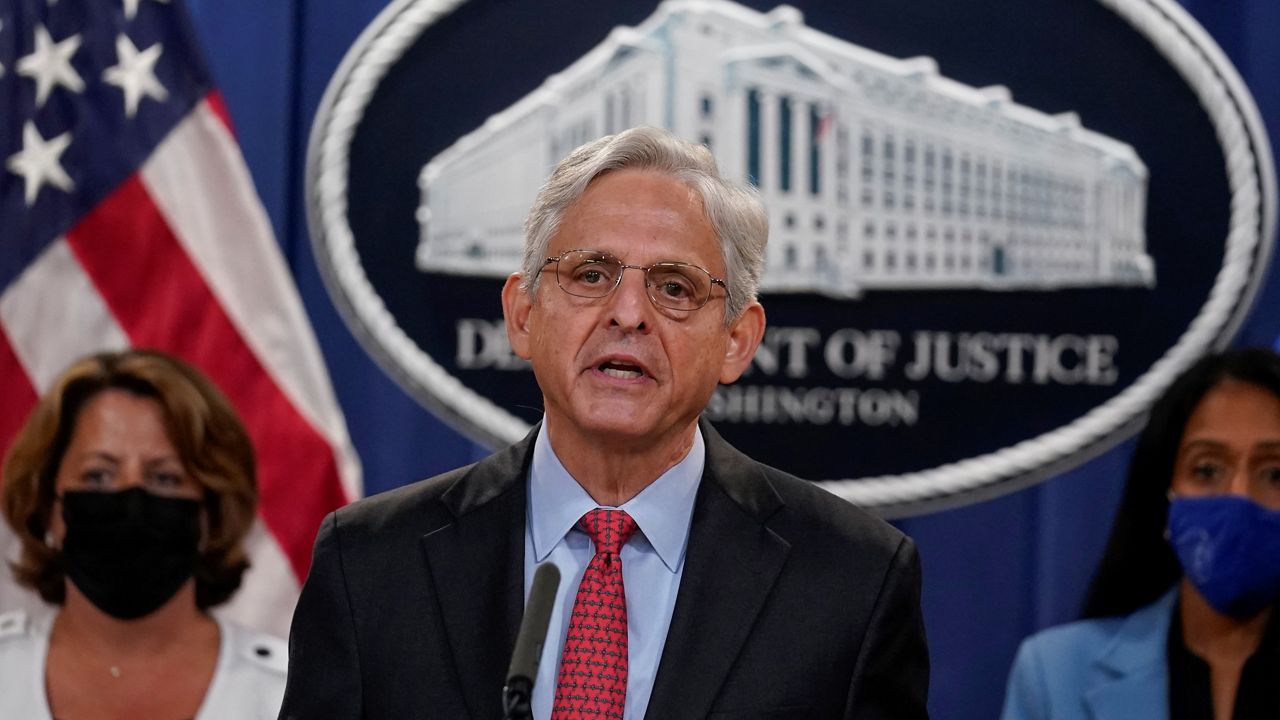 The Department of Justice on Friday urged a federal judge to temporarily block a restrictive Texas law that bans most abortions in the state, arguing in a three-hour virtual hearing that it is not only “brazen” in its scope, but also enables an “unprecedented scheme of vigilante justice.”

The bill, also referred to as the Texas Heartbeat Act and Senate Bill 8, went into effect on Sept. 1, and bans all abortions after six weeks, including in cases of rape and incest.

Shortly after the bill’s passage, the Justice Department announced a lawsuit challenging the Texas law, and filed one week after for a temporary restraining order or preliminary injunction halting its enforcement.

Appearing Friday before U.S. District Judge Robert Pitman, the Biden administration characterized the law as legislation “designed to scare abortion providers and others who might help women exercise their constitutional rights, while skirting judicial review."

"It is settled constitutional law that ‘a State may not prohibit any woman from making the ultimate decision to terminate her pregnancy before viability,'" lawyers for the Justice Department said in a court filing. "But Texas has done just that."

Appearing Friday on behalf of the Justice Department, U.S. Assistant Attorney General Brian Netter said there is “no doubt, under binding constitutional precedent, that a state may not ban abortions at six weeks.”

“The injury here is the threat of enforcement,” Netter said Friday in his opening remarks. “And that threat is not speculative. It's happening now. So that the facts on the ground establish the Texas has been effective in creating this obstructive machinery to prevent women from exercising their rights.”

Since the Texas law took effect on Sept. 1, Netter added, women in the state “have been left desperate” to “get out of Texas if they even can” to end their pregnancies.

Abortion rights activists echoed that claim: Planned Parenthood, for example, said the number of patients at its Texas clinics decreased by nearly 80% in the first two weeks after the law took effect.

“Every day that S.B. 8 is in effect, we turn away patients in droves,” Amy Hagstrom Miller, president of Whole Woman’s Health, wrote in a court filing.

Justice Department officials also argued that Texas law sets a “dangerous” precedent by allowing its enforcement by private citizens, rather than the state. Under S.B. 8, individuals can sue abortion providers for up to $10,000 in damages if they are found in violation of the law

“The state resorted to an unprecedented scheme of vigilante justice that was designed to scare abortion providers and others who might help women exercise their constitutional rights, while skirting judicial review,” Netter said.”

In a Thursday night filing, the Justice Department argued that Texas S.B. 8 is a “brazen” and “calculated” attempt to obstruct abortion access.

"S.B. 8’s novel enforcement scheme is calculated to accomplish what no state should be able to do in our federal system: deter, suppress, and render moot rights guaranteed by the Constitution of the United States,” the department wrote.

In its arguments Friday, the state of Texas sought to dismiss these claims as “inflammatory rhetoric” from the Justice Department, which they argued was part of a “pattern of hyperbole” by the Biden administration.

“This is not some kind of vigilante scheme,” William Thompson, the deputy chief for special litigation for the Texas Attorney General's office, shot back at one point during the hearing. “This is a scheme that uses the normal, lawful process of justice in Texas.”

On Wednesday, Texas officials filed a statement urging Pitman to dismiss the Justice Department’s claims, which they argued would be better remedied at the state level.

"The federal government asks the Court to dispense with the normal cause-of-action requirement based on unfounded fears that the Texas Heartbeat Act will otherwise 'evade judicial review.' Nothing could be further from the truth," Texas officials said in the filing.

It continued, "The constitutionality of the Texas Heartbeat Act can be reviewed in the same way that virtually all of state tort law is: State-court defendants raise constitutional defenses before neutral judges sworn to follow the U.S. Constitution and, if necessary, appeal to the U.S. Supreme Court."

Pitman did not immediately indicate when he would rule on the Biden administration’s request, though he said Friday he planned to give the matter “careful consideration” and “get to work” on an order.

Democrats have argued these rights are facing existential threat under a conservative-leaning Supreme Court and newly emboldened GOP state legislatures, which have in recent months sought to pass a spate of restrictive abortion legislation.

So far, the Texas law has withstood a wave of early challenges. The lawsuit filed by the Biden administration could be the best chance yet to deliver the first legal blow to the GOP-engineered law.

Should the Justice Department prevail in its effort to quash enforcment of S.B. 8, Texas officials would likely seek a swift reversal from the 5th U.S. Circuit Court of Appeals, which previously allowed the restrictions to take effect.