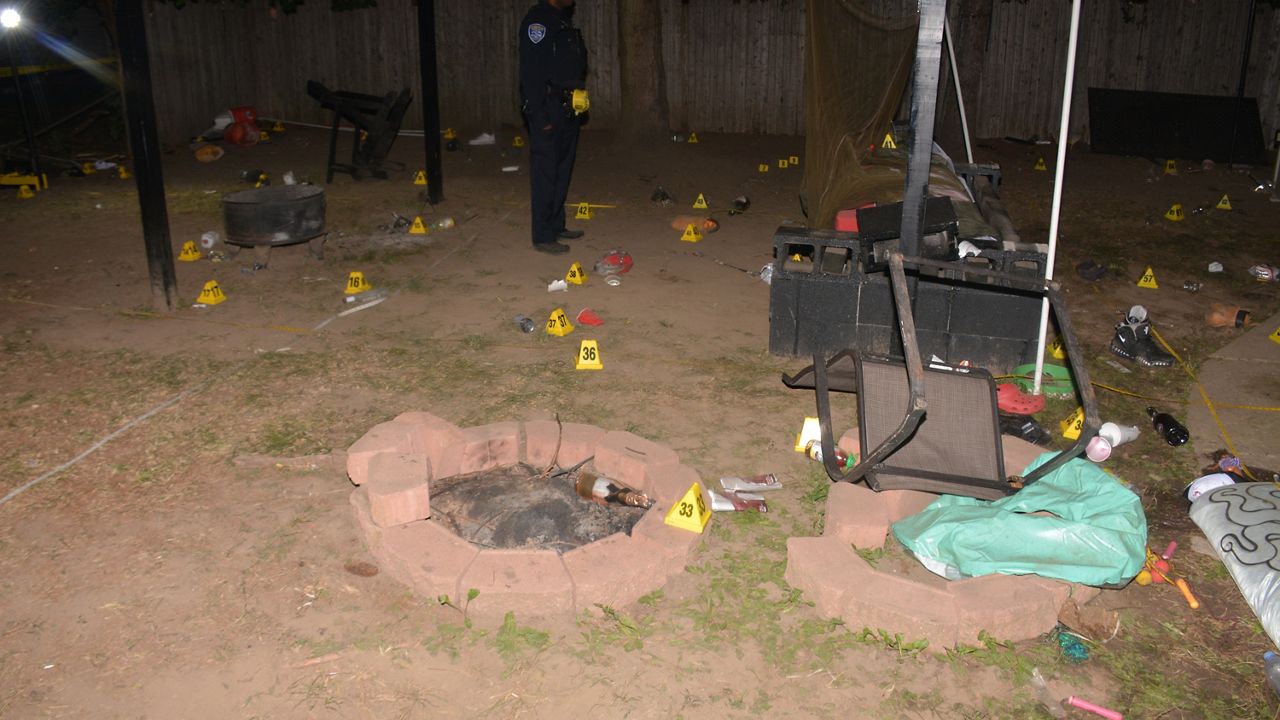 Courtesy of the Rochester Police Department

ROCHESTER, N.Y. — Rochester police say at least 15 guns were fired during a shootout which left two people dead and 14 wounded, during a house party on Pennsylvania Avenue last September. The case remains unsolved.

Friday marks six months since the September 19 shooting. Jarvis Alexander and Jaquayla Young, both 19, were killed in the shooting. Police said both were innocent bystanders when multiple gunmen fired at least 60 rounds of ammunition, according to police.

“There’s a cloud over this city,” said James Alexander, whose son was one of the victims. “You can’t walk anywhere in this city where blood hasn’t been spilled.”

“It hurts us every day, not having her there,” said Kwanza Howard, Jaquayla’s mother.

Both parents spoke to Spectrum News Rochester on the eve of the six-month anniversary of the shooting.

“It’s really been hard,” said Alexander. “This is an everlasting pain. No one wants to bury their child.”

Police said the crime scene stretched several blocks. Some people, they say, were firing guns back toward the house as the crowd tried to scramble.

“I can say the most chaotic scene that I’ve ever been to,” said Sgt. David Joseph.

“The number of weapons and people who had guns on them on Pennsylvania Avenue that night is shocking,” said Umbrino. “And it’s certainly going to be shocking to a lot of people.”

Police said there are many factors that have complicated the investigation, including the number of victims and witnesses, and the level of willingness of some witnesses to cooperate.

Then there is the sheer volume of evidence, the number of shooters, and the forensics involved in figuring out who shot who. Umbrino said the pandemic-related closure of courts has also played a role, because witnesses jailed for other alleged offenses have been less willing to bargain or cooperate, as their own court cases have been put on hold.

“We've made a lot of progress,” said Umbrino. “We have a very good handle on what happened, why it happened, and who was involved. So the pieces are all on the table, it's just we have to try to put them together.”

The parents of the shooting victims are asking anyone with information to talk to police.

“Put yourself in our shoes, is the most that I can say,” said Alexander. “You would want to know if it was your child.”

Though six months have passed since that terrible night in September, families of the victims say they have faith.

“I think justice will be served,” said Howard. “It’s just going to take some time. I’m not like overwhelmed or frustrated. I'm just taking it day by day.”