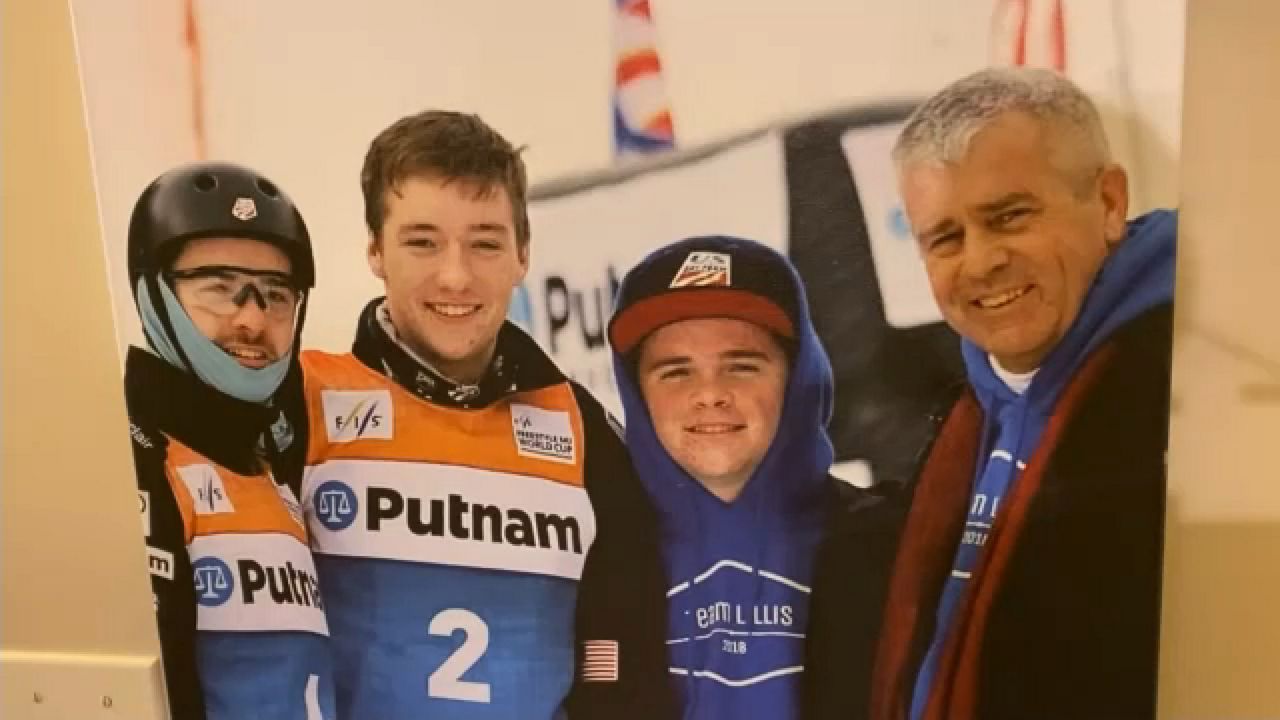 While many of us will tune in, one local family has a very meaningful reason to watch.

An athlete from Pittsford will carry two special legacies with him into the games. One from his older brother — and one from his younger.

The Lillis family has been in the spotlight for years. It's the story of three brothers that have helped push each other to great heights. Now the story continues with a second brother getting a shot at the Olympics and what that means for Team Lillis.

"Think, a teenager that says I’m going to do this, and I’m going to the Olympics in eight years," said Bernie. "It blows my mind, I couldn’t have done that."

All three of their sons are members of the U.S. Ski Team.

"Like anything, you can’t tell your kids what to love," said Bernie. "And fortunately for us, they all loved the same thing."

Their middle son Chris is the second to qualify for the Olympics, competing in both solo and team aerial skiing.

Other than training, he’s been completely self-isolating for the last month, so he doesn’t get sick ahead of the February games in Beijing.

The 23-year-old hopes to make Team Lillis proud. His older brother Jon qualified and competed in 2018.

"Absolutely…he’s definitely making sure Chris is taken care of and in a good spot," said Jamie. "And he’s also very protective of him."

Unfortunately, his youngest brother Mikey passed away in his sleep shortly before those games, never getting the chance to qualify himself.

"With his level of skill and talent he had, kind of following along with my brother Jon and I, I have no doubt he may have even been competing in this Olympics with me had things gone differently," said Chris.

Chris says he thinks about Mikey every day and that's especially true while on the slopes.

"Skiing for us, and freestyle skiing specifically, was kind of just our thing we did together," Chris said. "So he’s never very far from my mind when I’m jumping, especially when I make an accomplishment or do something big."

And his parents know Mikey is pushing them all forward.

"Even in the training, when it gets a little tough and they’re a little sore, I’m sure they hear their brother saying get back up there and keep going," Bernie said. "And I truly believe, because they did everything together."

"I kind of think back to four years ago, it would’ve been nice to get some Olympic experience and compete at that level," Chris said. "But when I think of myself as an athlete, I probably wasn’t ready to take home a medal. So training goes on, and I feel pretty confident in myself that I’m able to jump at that caliber."

And while Chris is certainly going for the gold — for his parents, it’s not about the medals, but the spirit.

"Anytime that any of them competed, I just want them to do their best," Bernie said. "And if their best is good enough to win a medal, then great. But as long as they leave it all out there and they perform their tricks to the best of their ability, that’s all you can really hope for."

And like his brother when he competed in the Olympics, Chris will be wearing a special pendant with Mikey's ashes while jumping.

Chris jumps on Feb. 10 in the team event, and on Feb 15 and 16 in the individual competition. All events start at 6 a.m. eastern time.