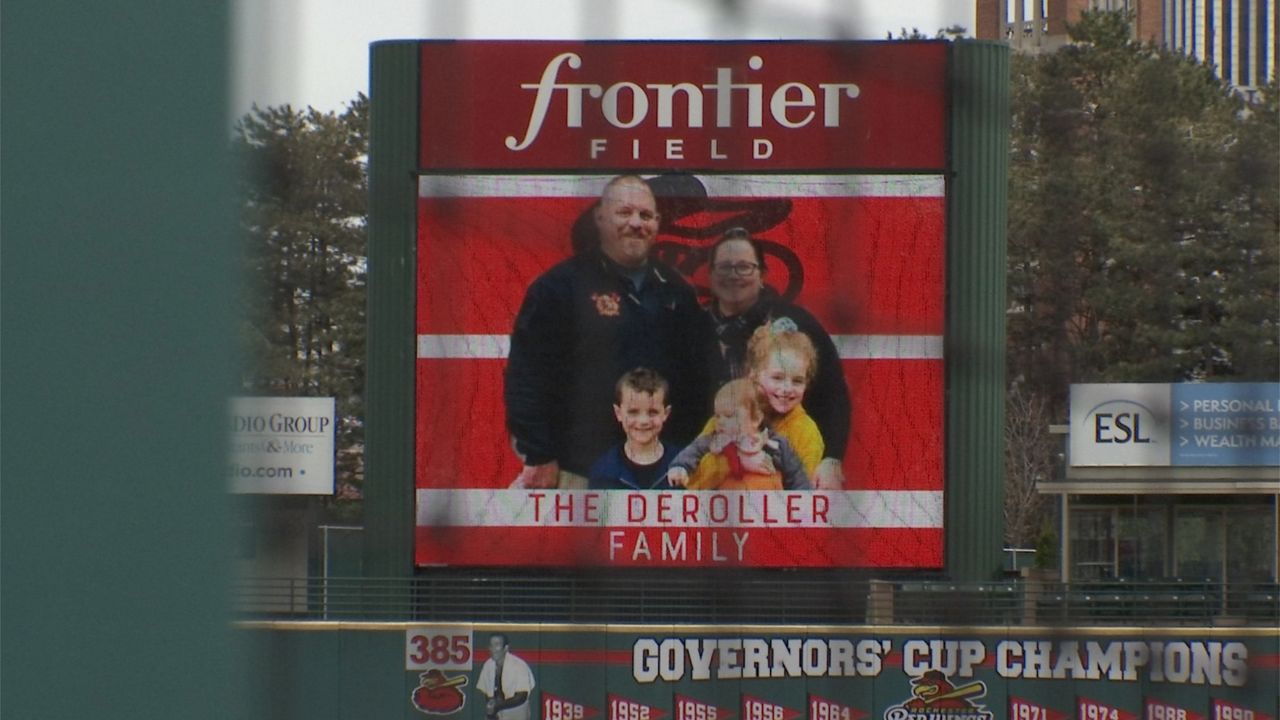 Rochester Red Wings' Call for Fans to Send in Photos

When you can’t do what you should be doing, what do you do? That’s the question Rochester Red Wings General Manager Dan Mason is asking as Frontier Field sits empty.

"It’s really difficult," Mason says. "What I would do for a 35-degree game right now with 500 people in the stands."

But at the Red Wings home ballpark, there are no fans. The minor league baseball season was postponed before it could even start, due to the coronavirus pandemic.

Rules being what they are these days, baseball is closed.

Sitting in the stands Tuesday afternoon as temperatures rose into the 60s, Doohan lamented about how great the day would have been for a ballgame. Instead, Doohan pointed a camera at the stadium's outfield video board, snapping photos of fans in the club’s latest effort to keep them engaged.

This week, the marketing and promotions team put out the call for fans to send in photos of themselves. The photos of fans faces prominently displayed on the board will be sent to them as souvenirs.

With no fans at the stadium, the team is bringing the stadium to them.

"People, when they come to the game, ask, ‘Can I get up on the video board?’ So we figured this is people's chance," says Doohan. "As many people as we can put up there, we'll put up there."

"It's one of those things that we can do to still create some memories for people in our community," adds Mason. "And hopefully put a smile on their face."

No one knows when baseball will return. Doohan says the idea to take fan pictures was actually born out of boredom. It gives him an excuse to go to the ballpark.

"People miss baseball,” he says. “So anything we can do to give them a sense of baseball, or a little baseball, it's fun to do."