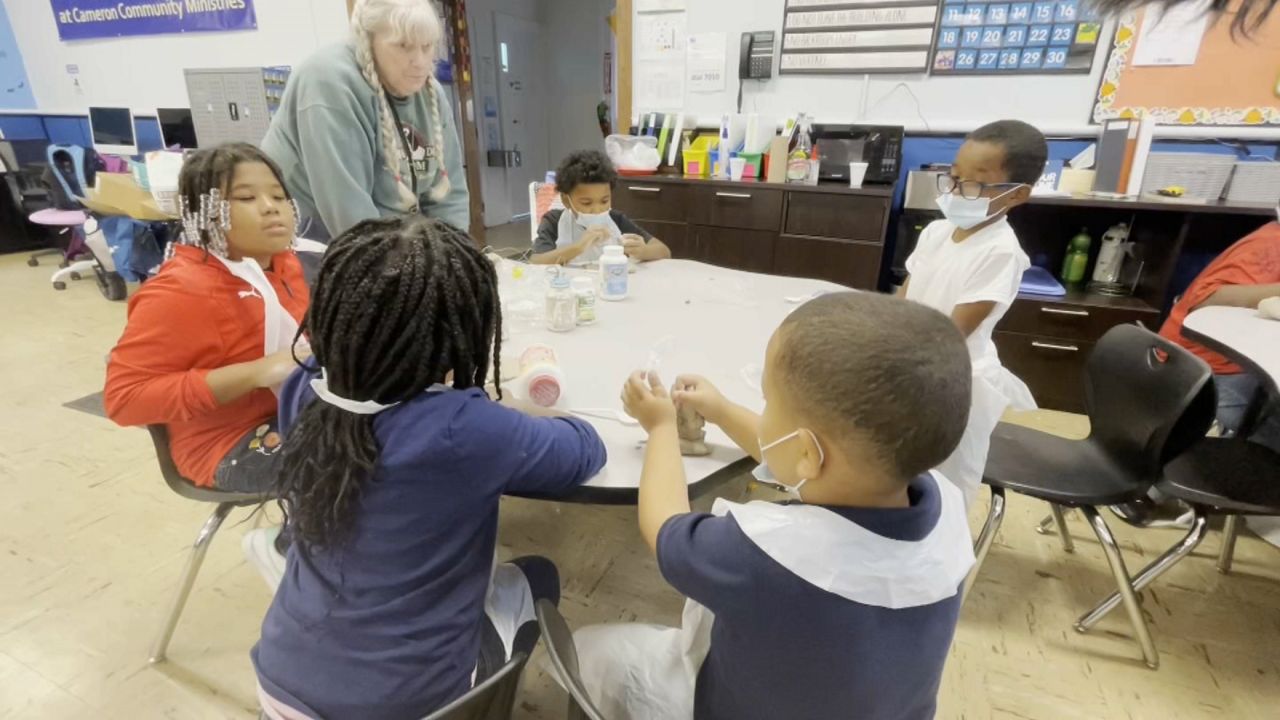 ROCHESTER, N.Y. — Cameron Community Ministries may sound like a normal after-school program, but the children from all over the city that come to Cameron after school are learning about more than how to do their math homework.

“Keeping myself safe from getting kidnapped or getting shot,” said third-grader Erich Plummer.

The program chose this neighborhood on purpose with the goal of helping children understand and avoid violence.

“A lot of our children are from right here on the Lyell Avenue area, so they kinda see and deal with everyday violence," said Britt. "So it's kind of an easier way for us to touch base on that subject with them.”

As Rochester continues to face a high homicide rate and an increase in violence, teaching children how to stay away from violence couldn’t be more important.

“Sometimes I get a little scared because I feel like the same thing's gonna happen to me," said Nahla Barton, a fourth-grader at Rochester Prep Elementary.

For children like Nahla, having a place like Cameron where they feel safe makes all the difference.

“I learned how to stay safe at Cameron,” Barton said.

“We know that if you don’t have the right support set up, if you don’t know the resources that are available out here in Rochester, things can get hard," Britt said. "Things could be a little rough, so it’s very important that we find safe havens for our children so when we’re at work or at school and they have to be out in the community, that they’ll have somewhere like Cameron to come."

Not only do resources like Cameron give parents peace of mind regarding their child’s safety, but they allow kids to get back to being kids.

“I like it here because it's the best and it’s the best thing you could ever do,” said Sir Jones, a third-grader at School 29.

The ministry encourages families from all over Rochester to seek out the resources available.