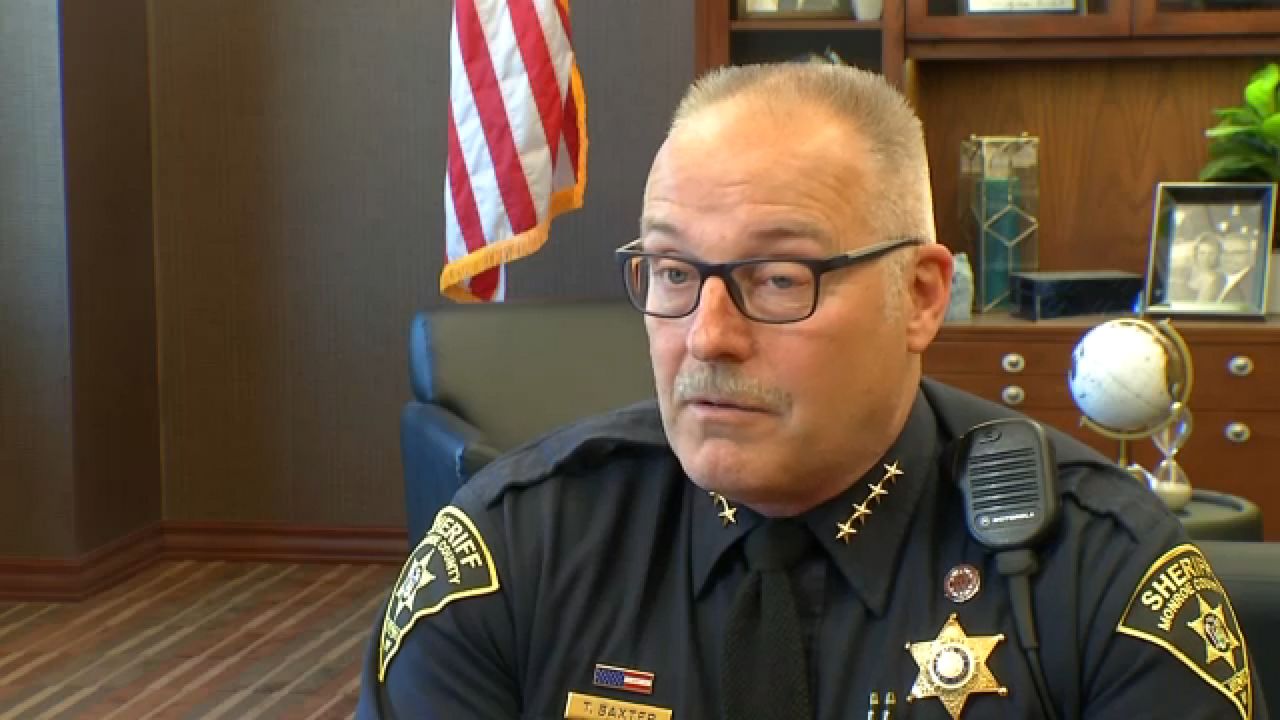 ROCHESTER, N.Y. — Ten people were shot, one fatally, this weekend in the city of Rochester.

“It’s one hell of a problem we're having in the city and that can't be ignored," Baxter said. “Shootings [and] murders [are] up over 100% over a five-year average.

The violent crime over the last two weekends in Rochester was virtually non-stop. But the city is hoping a large police presence with the back-up of the New York State Police and the Monroe County Sheriff’s Office will help deter some of the violence.

“We want people to see a patrol car every chance they get,” Baxter said. “Whether it’s a sheriff's car or a trooper’s car or an RPD car. The other thing is we're there to respond to those violent calls when they come in -- a ShotSpotter activation or shooting call that we have sufficient resources to go there, secure the crime scene and hopefully detain or arrest a perpetrator.”

Police say an isolated incident between a shooter and a victim led to the shooting of a man on Alphonse Street over the weekend. The victim, a 36-year-old man, is expected to survive, while police say a suspect is in custody.

The suspect in another shooting was also arrested. But the victim, in that case, was not so lucky. Police say Jan Perez, 46, was found gunned down on North Plymouth Avenue. He was pronounced dead at the scene. The RPD says Justin Singleton, 29, was arrested Sunday evening. He faces charges of second-degree murder and second-degree criminal possession of a weapon. Singleton pled not guilty during his arraignment Monday morning.

“The city's hemorrhaging, and there needs to be clear, defined enforcement, right? There need to be consequences for actions,” Baxter said.

The MCSO is adding patrols and assisting the RPD with a minimum of 16 hours a day, multiple days a week, for high visibility. Deputies are working overtime and not being pulled from regular duties within the county.

Baxter believes in early intervention and post-jail recovery and transition, but especially enforcement.

In the early morning hours of Monday, police say a shooter fired into a home on Wellington Avenue, where a bullet entered the bedroom where a 2-year-old child was sleeping. While nobody was hurt, it was a close call.

Baxter says that, according to his data, the dramatic change in crime clearly began when bail reform laws began to take effect. It compares the number of shooting victims to the number of Monroe County Jail bookings.

“And where they intersect is, ironically, the follow up to those 2019 bail reform, shooting victims skyrocket,” he said. “Bookings dropped dramatically.”

“Each time the trigger is pulled, it's really reflecting back on a whole community of who we are [and] what we stand for,” Baxter said.