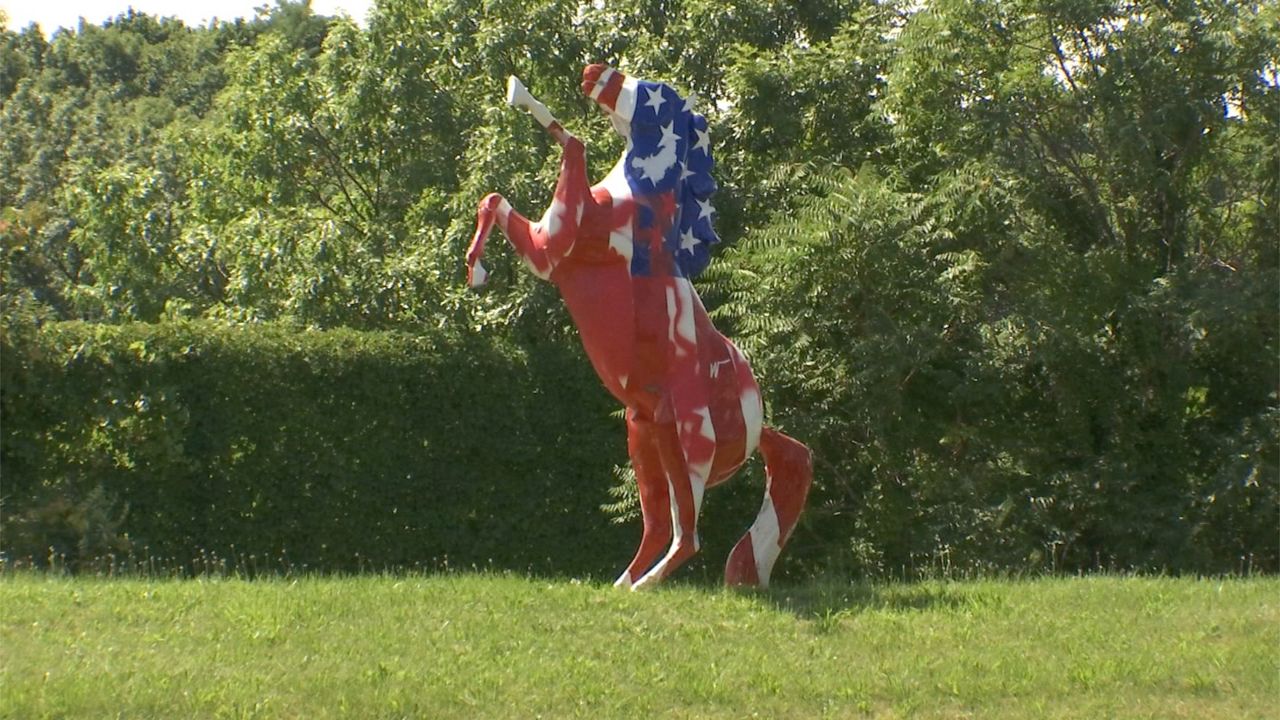 Authorities are trying to find whoever vandalized a memorial to first responders along I-490 in Rochester.

The large horse is a symbol of freedom. Someone used red spray paint to vandalize the red, white, and blue monument recently.

“It is a very special horse,” said Lauren Dixon, the co-founder of the ad agency Dixon Schwabl — which commissioned an artist to paint the special horse after the terrorist attacks of September 11, 2001. “I looked at it and honestly, it just made me sick.”

In 2001, Dixon Schwabl paired with what was then known as High Falls Brewing to create Rochester’s “Horses on Parade” project.

Featuring 178 horses painted and designed by local artists, the statues were displayed all over town. An auction later raised over $1 million for charity.

‘Freedom’ was the last horse commissioned, following 9/11. Bob and Madelyn Whiteside were the artists who worked on the special horse.

“It was such a cool project because it engaged the entire community,” said Dixon.

Police recently notified Dixon of the vandalism to ‘Freedom.’ Nineteen years later, the Horses on Parade project still has a special place in her heart.

“I was heartsick when I found out about the vandalism,” she said. “This is the time that we should be expressing acts of kindness, not acts of destruction.”

Police don’t know who did it. Dixon wants to fix it. Her company will pay for repairs, which will be made by the original artist.

“My hope is within the next few weeks that it will be repaired and put back in its proper place,” she said.

So ‘Freedom’ can stand tall — once again.

“I just want to get it done,” said Dixon. “I don't want people seeing that vandalized horse on 490 anymore.”