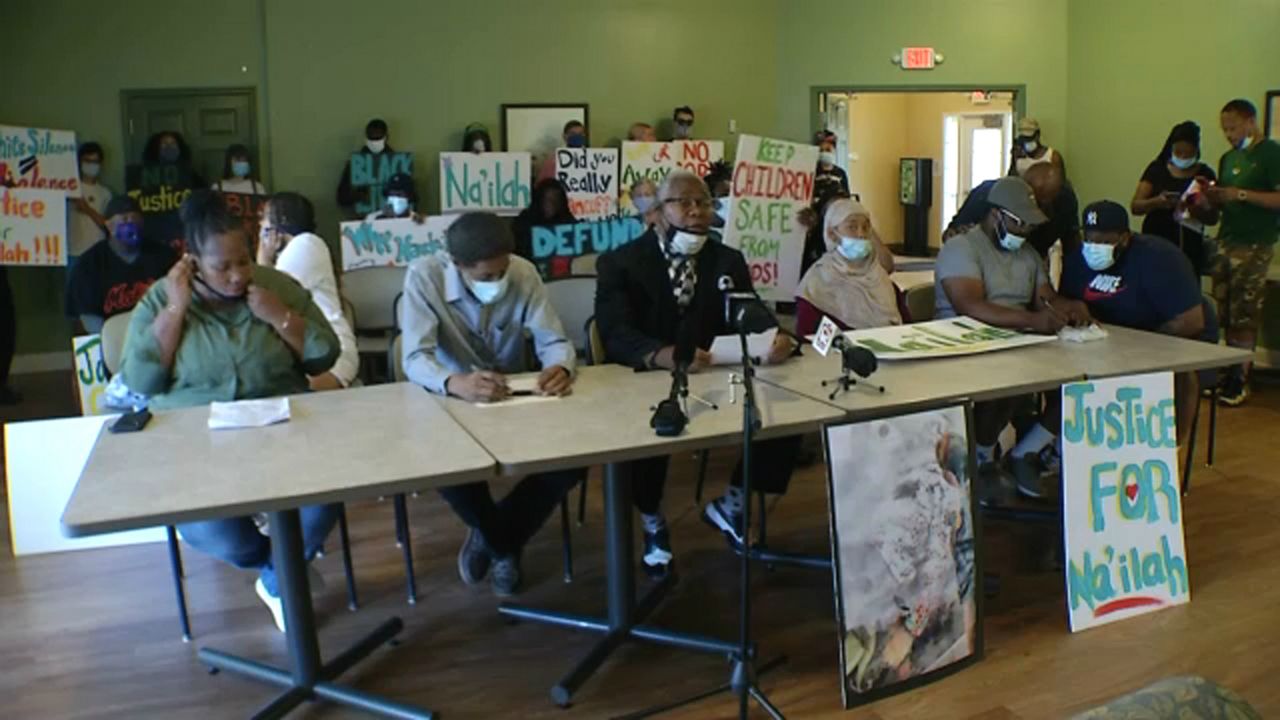 Police interactions with people of color are now under a microscope. In Rochester, people are continuing to call for answers after a 10-year-old girl was handcuffed during a traffic stop last month.

"I want to talk to the mayor, she is the one who caused through everything," said El Bey.


Na'ilah is the 10-year-old who was handcuffed last month during a traffic stop. According to RPD, police pulled a car over on Route 104 for having an expired inspection and no front license plate. Police say Na'ilah was never under arrest but was handcuffed for safety because she was on the side of the road and wasn't listening to the officers. But, supporters of the family believe the officers were wrong and should be held accountable.

"All the officers involved must be disciplined, ranging from a disciplinary letter in their files up to and including termination," said Minister Clifford Florence Sr., Faith Community Alliance.

Members of the community are continuing to call for justice after a 10-year-old girl was handcuffed during a traffic stop a few weeks ago. pic.twitter.com/HUf6bq9vy4

"She suffered trauma and if she was the counter, her counterpart, we wouldn't be having this discussion it would've been dealt with, so we have to go through all these procedures and processes for what," said Anthony Hall, with the Community Justice Initiative.

Around 12:30 p.m. Wednesday, the El Bey family and supporters protested outside of city hall in hopes of getting the mayor and city council's attention.

Mayor Warren at the time was talking to businesses in the downtown area. But she did explain why she hasn't met with the family yet.

"We didn't have a problem with the meeting, however, because the El Bey family said they were in the process of filing the lawsuit, the city's attorney said that their attorney needed to contact them in order to set up that meeting," said Mayor Warren. "So, we're waiting to hear back from them, but we'll definitely sit down with them."