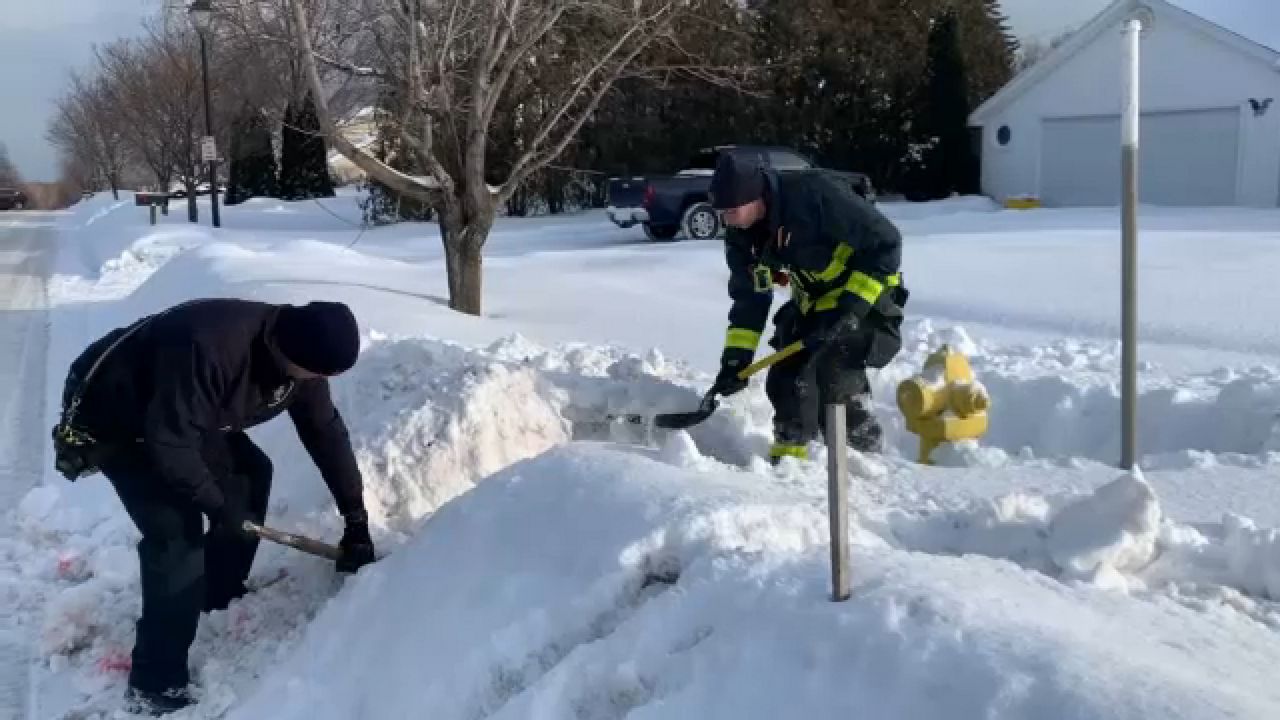 GREECE, N.Y. — Snow removal around fire hydrants is critical this time of year. Fire departments are encouraging residents to help dig the hydrants out now before an emergency.

In a fire emergency, every second counts. This time of year, shovels and rocksalt are always on board fire trucks.

The North Greece Fire District covers 27 mi.² that includes 45,000 residents. Fire hydrants covered in snow are not only difficult to locate, but uncovering them is a waste of valuable time when firefighters need to respond to a fire.

What’s wrong with this picture? That’s right. Fire hydrants should not be buried in snow. Help fire departments out by digging hydrants out now. Every second counts in a fire emergency. Help save lives and property. @SPECNews1ROC @northgreecefd #firefighters pic.twitter.com/XACjN5pef7

"Fire doubles every minute. So every minute it takes my guys to dig out a hydrant that is time that is wasted, and we are losing more property," said Frank Lombardo from the Greece Fire District. "So in order to really put a dent on the fire we need to access the hydrant. So if I’m losing two minutes [shoveling], that is four minutes of your house burning on top of the four minutes to get here. That will make a difference. If people would clear out the hydrants it will help us tremendously to help save lives and property.”

Would you rather these firefighters be fighting the fire or shoveling out the fire hydrant? A fire doubles every minute. Think about it. So grab a shovel and dig out any fire hydrants in your neighborhood. Thank you! Your neighbors thank you too! @SPECNews1ROC @northgreecefd pic.twitter.com/tmWdlJw0xp

So look around your neighborhood to see if there are any fire hydrants covered in snow. Help your fire district and grab a shovel or snowblower and remove any snow and debris away from the hydrant.