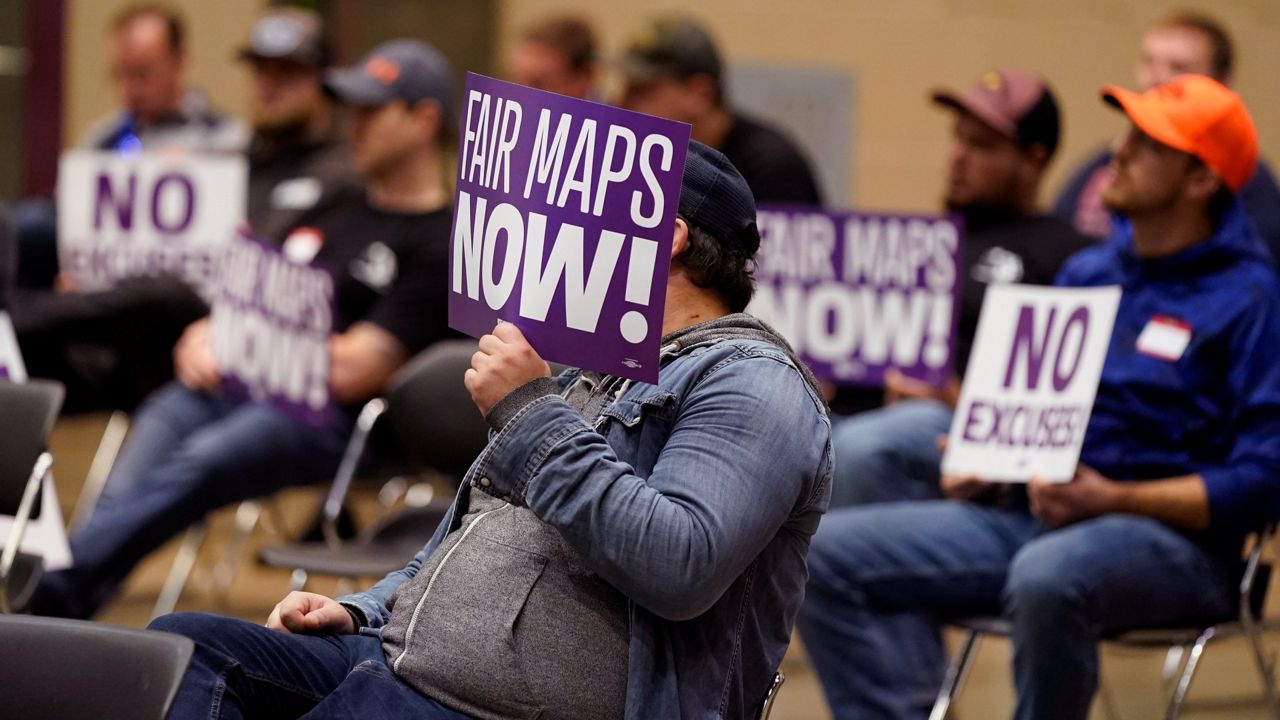 On New York redistricting, Sen. Gianaris says he is staying above the fray

The co-chair of a legislative task force that could end up drawing new congressional maps in New York told Capital Tonight that he hasn’t discussed redistricting with the chairman of the Democratic Congressional Campaign Committee (DCCC).

Senate Deputy Majority Leader Mike Gianaris, who co-chairs LATFOR, the New York State Legislative Task Force on Reapportionment and Redistricting, said that he’s had no conversations about redistricting with U.S. Rep. Sean Patrick Maloney, who heads up DCCC and is responsible for electing Democrats to Congress.

“We have been very consciously and intentionally keeping people with partisan interests at arm’s length,” Gianaris said. “I can tell you I haven’t had a single conversation with Sean Patrick Maloney about the details of the lines and what they should like.”

Gianaris went on to say that he has cut short any communications he has received from elected officials about the lines.

“I’ve told them to submit their testimony to the IRC, the Independent Commission, and that [LATFOR] will review the public testimony that they’ve received,” Gianaris said. “We have been very intentionally not having those conversations.”

According to The New York Times, top officials in Albany have said they “intend to consult” with the state’s congressional delegation on how to draw the new maps.

This comes amid Republican efforts in states across the country to restrict voting rights and use redistricting as a tool to gain seats in Congress.

In New York, where Republicans currently hold eight congressional districts, experts predict the GOP “could lose up to five seats if Democrats are aggressive."

Democrats said that the maps drawn by their party will reflect the changing diversity of the country and keep communities intact.

At least one Republican isn’t buying it.

On Monday, U.S. Rep. Tom Reed accused New York’s Democrats of “hypocrisy” for opening the door to potential partisan gerrymandering by voting down maps drawn by an independent commission while calling out Republican efforts in other states to do the same thing.

“Should Democrats remain pure in this process, knowing that, unfortunately, political adversaries are not acting in good faith? No, we should not,” Clarke said in an interview.

But Sen. Gianaris is adamant that New York Democrats will play by the rules.

“Unlike in many states around the country – Republican-led states that are gerrymandering for partisan reasons to their hearts’ content, here in New York we have specific restrictions against drawing maps for partisan purposes,” Gianaris explained.