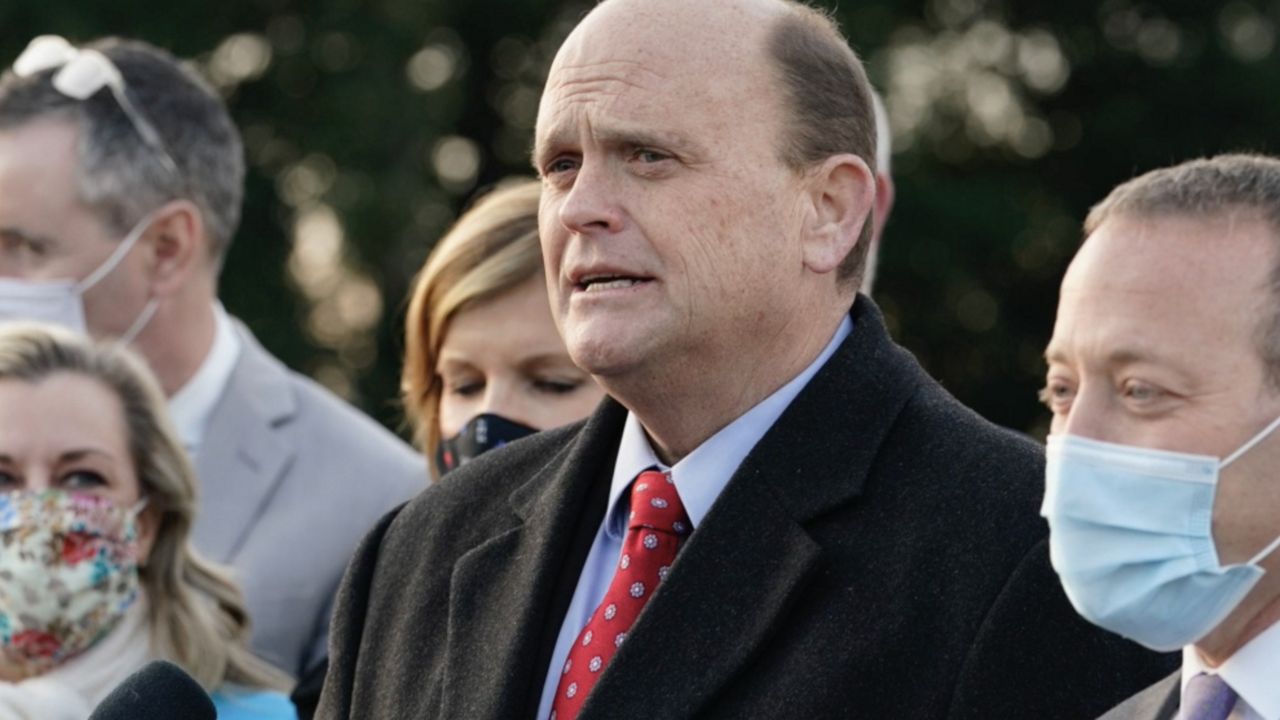 A Republican congressman is crying “hypocrisy,” as it looks increasingly likely New York’s Democratic-controlled Legislature could step in to draw the state’s congressional map, opening the door to potential partisan gerrymandering in the nation’s second-largest blue state.

A Democratic congresswoman, in response, says members of her party cannot afford to “roll over.”

An independent commission recently reached a stalemate on drawing the map, boosting the chances that the New York State Legislature will step in.

The development comes as Democrats in Washington are calling for sweeping election reforms, in part, to stop aggressive gerrymandering by Republican-run states.

Republicans are stonewalling those overhaul efforts.

“It's the hypocrisy of the Democratic Party on full display,” Rep. Tom Reed said of the potential of a Democratic gerrymander in New York.

Reed, who is not running for re-election, represents the Southern Tier.

“Should Democrats remain pure in this process, knowing that, unfortunately, political adversaries are not acting in good faith? No, we should not,” Clarke said in an interview.

Clarke is among those pushing for election reforms at the federal level.

“We're trying to remove politics from that [redistricting] process. We haven't passed legislation to do so, unfortunately,” she said.

Redistricting is currently underway in states across the country, with control of the U.S. House of Representatives on the line.

New York is one of the Democrats’ best chances to craft safe blue districts to buttress against what could be a challenging midterm election year for them.

Casey Burgat, who directs the legislative affairs program at The George Washington University, says Republicans have typically been more aggressive in gerrymandering.

“And then in states where independent commissions exist, they're typically more liberal,” he said. “It kind of upsets that balance even further.”

Asked where New York fits into the House redistricting math, Hudson Valley Rep. Sean Patrick Maloney, who heads the House Democrats’ campaign arm, said, “I don’t need it tilted one way or the other.”

“Give me fair districts in New York, and we’ll win on the map. But do it everywhere. Don’t just make New York do it the right way,” he continued, saying states like Florida and Texas likewise need to have fair maps.

“Let’s all play by fair rules,” he said.