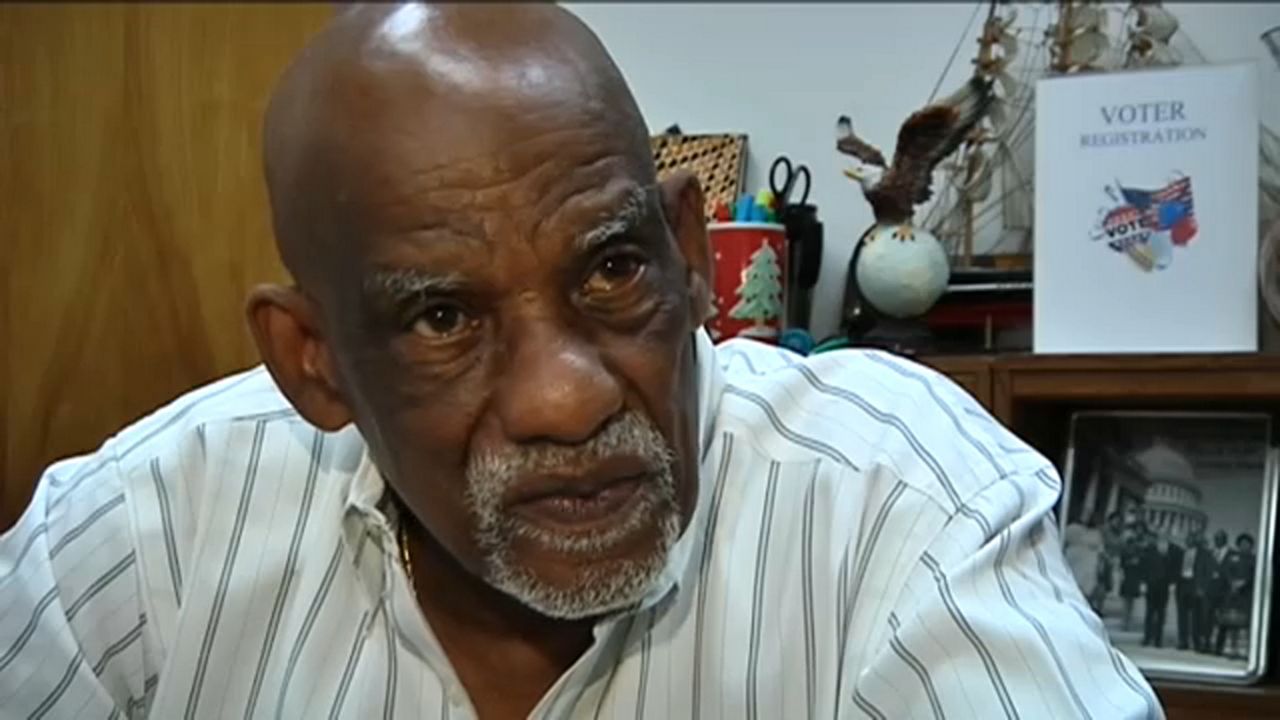 The family and staff of Assemblyman David F. Gantt, a long-time political figure in Rochester and Albany, announced that he has died on Wednesday at age 78.

“It is with deep sadness that the Family and Staff of Assemblyman David F. Gantt announced that he passed away July 1, 2020. Assemblyman Gantt was one of Rochester’s foremost civil rights pioneers [w]ho carried on the legacy of his mother, Lena Mae Gantt, in fighting unapologetically on behalf of poor people in Greater Rochester Community for over 45 years."

He served as a youth counselor for the city as well as an administrator for the Anthony L. Jordan Health Center.

Gantt was the first Black man from Monroe County to be elected to hold state office.

A host of politicans shared their thoughts on Gantt's passing Wednesday night.

"I am deeply saddened by the passing of Assembly Member David Gantt - a career public servant who never left his neighborhood and always took care of his community.

I've known and worked with David for decades - from my father's administration to my time at HUD through my time as governor. Like his mother Lena, David spent his career fighting poverty and advocating for the underserved. We shared a mutual respect for one another, in part because we both came from strong mothers who taught us the value of doing good for others. He was plain spoken and always let you know where he stood, and I will miss his friendship and presence in the Capitol.

On behalf of the family of New York, I send my deepest condolences to David's family and loved ones during this difficult time."

Mayor Lovely Warren had this to say regarding his passing:

“Assemblyman David Gantt was a father to me. He loved me unconditionally and inspired me to be who I am today. He saw something deep within me and did everything he could to help me, and countless others, achieve their dreams.

David will leave a lasting legacy in this community because he always stood up for what was right and for the people he represented. For decades, he worked and served tirelessly to lift up our City and all of its people. He also believed in me when few did. He inspired me, took care of me when I was sick, guided me as built my career and my family. And, he will always be part of my family. He has not only lifted me up, but countless people throughout our community.

I am proud of him for all that he did to lift as he climbed. He may be gone but he will never be forgotten. I will always remember his undying love for the Rochester community. He fought a good fight, finished his race and now he has gone home to be with the Lord.  I will do all that I can to live up to the expectations he had for me.  He was not just a father to me, but also my political mentor.  I will forever miss him, and on behalf of the City of Rochester, I extend my deepest condolences to his family. May he rest in peace with the Lord.”

"I am profoundly saddened by the passing of David Gantt. I had the pleasure of calling David a close and trusted friend for over 50 years, and I will miss him dearly. Our community has lost a transformative leader, a civil rights pioneer, and a fierce advocate for equity. As the first Black leader from Monroe County elected to state office, David changed the landscape of our community and gave a voice to the disenfranchised. As an elected official, he fought for affordable housing, voting rights, access to healthcare, reliable infrastructure, and safe neighborhoods. This community was like family to David, he offered mentorship, support, guidance, and love. Like his mother, Lena Gantt, he spoke loudly with confidence and clarity, and he never backed down in his pursuit of justice. His legacy will live on through the work of those he inspired and will continue to forge a path towards a more equitable world. My prayers are with his family and all those who loved him. May he rest in peace."

“I am incredibly saddened to hear of the passing of Assemblyman David Gantt. Assemblyman Gantt leaves a legacy of community service and activism that many in elected office aspire to achieve. Throughout his decorated 37 year career in the State Legislature, Assemblyman Gantt was a fighter, a voice for the voiceless and a mentor to numerous community leaders, elected officials and everyday citizens alike. His impact and advocacy can be seen throughout the city of Rochester and the communities that he was elected to represent for nearly four decades. His efforts in the State Assembly and his strong belief in our community will be felt for many years to come.”

Gantt was a mainstay in Monroe County's Democratic party for decades and current party chair Brittaney Wells said that he inspired generations of local leaders, saying in part:

"David advocated strongly for his community and he made it his political mantra to let everyone know that Black lives mattered and that African Americans deserved fair and honest treatment and representation, well before the BLM movement existed."

Assembly Speaker Carl Heastie said in a statement that Gantt was a dear friend and mentor, adding in part:

"David was a lifelong public servant and a fierce advocate for his constituents and his community. He had an unwavering commitment to the people of Rochester, which showed in every step of his career..."

“I join the entire Rochester community in mourning the loss of my colleague and longtime partner in government, Assemblyman David Gantt. Assemblyman Gantt was a dedicated public servant and fierce advocate for Rochester whose passion and tenacity will be dearly missed.”

"Assemblymember Gantt was a dedicated public servant and his legacy will live on in the hearts, minds and actions of all those he helped, lifted up and fought for over the past 45 years.

The dean of our delegation, Assemblymember Gantt had a deep love for the city of Rochester and its families.  One of my most impactful memories of him was when he and I as Minority Leader in the County Legislature, worked closely together in developing a plan for selection of the next public defender that included the community. It was his unwavering commitment to helping us ensure that the community of color was included in the selection of the next public defender that led to our success. His formidable leadership was critical on this matter."

“On behalf of the Assembly Minority Conference, I want to express my sincere condolences to the family and friends of Assemblyman David Gantt on the news of his passing. David served the people of Rochester with unique determination and loyalty, and touched countless lives during a lifetime of public service, which included nearly 40 years in the state Assembly.

His death will be felt greatly by his colleagues in the Legislature and across New York state, but especially in his 137th Assembly District. I encourage everyone to keep his loved ones in their thoughts and prayers during this tragic time.”

“Rochester lost one of its fiercest champions today. David Gantt was a fighter who worked tirelessly for the community he served and loved so very much. For more than three decades, he passionately advocated for Rochester and did his best to fight the good fight. We grieve alongside the Rochester community and offer our deepest condolences to Assemblyman Gantt’s family and friends.”

“I’m very sorry to hear of his passing. Mr. Gantt was a very noble statesman and dedicated public servant. Anyone who passes at that level should be recognized and my sympathies are with is family during this difficult time.  He was a core member of the community who did a lot for Rochester, gave his life to public service, and that should be recognized by the City of Rochester and the State.  Not only did he help minorities but he made it a point to recognize migrants and immigrants in the neighborhoods they founded in the city and as Italian-Americans we are very grateful for that.”

"Mr. Gantt truly made a positive impact within the City of Rochester and the political arena. I am praying for his family."