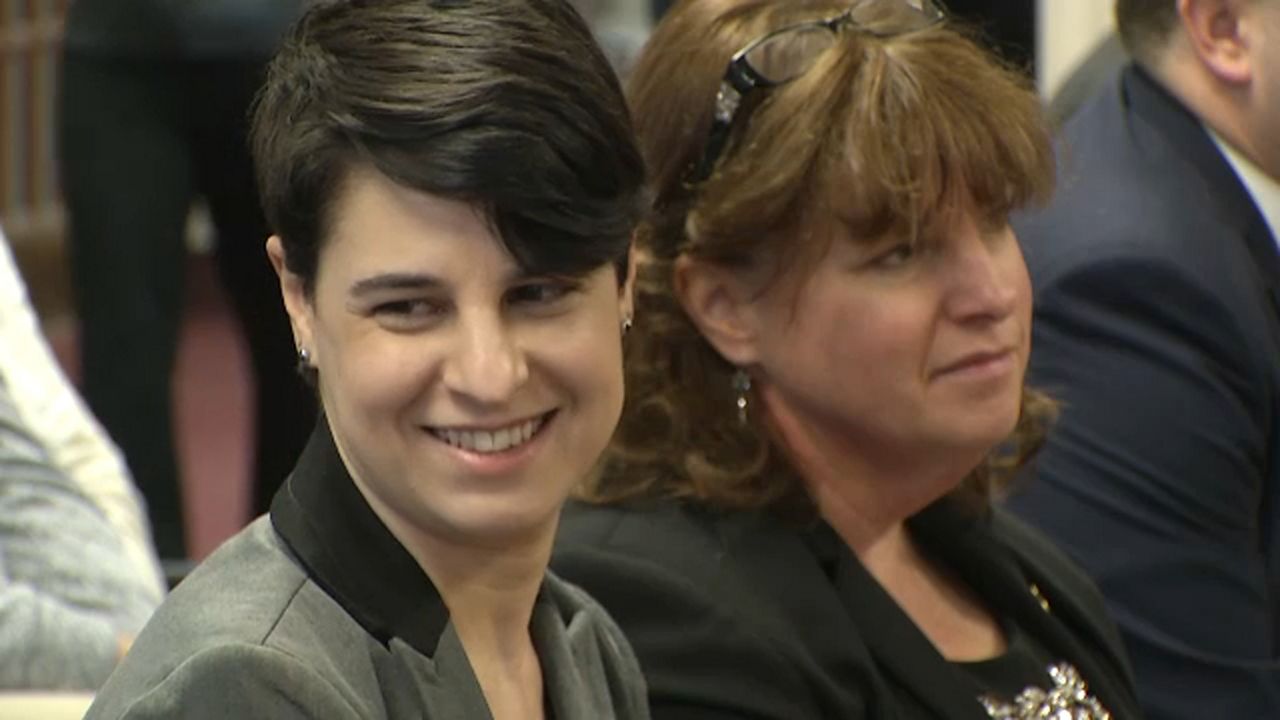 Assembly Member Jamie Romeo, a Democrat from Irondequoit, has been appointed to the Monroe County Clerk's seat for the remainder of 2020. The announcement came from Governor Cuomo's office Thursday morning.

The seat was vacated by Adam Bello, also a Democrat, at the beginning of the year after he defeated Cheryl Dinolfo to become Monroe County Executive.

Romeo announced in December that she would make a run for the county clerk's seat at the next election, but she was appointed by Governor Cuomo before that could happen. She will run for election as an incumbant in November.

"Assembly Member Romeo is a true public servant and forceful advocate for Monroe County," Governor Cuomo said. "I am proud to appoint her Monroe County Clerk and I am confident that she will continue to do a great job working on behalf of county residents."

The Governor announces the appointment of Assembly Member Jamie Romeo to the Office of Monroe County Clerk. Romeo says she has an ambitious vision for the County Clerk’s Office. She is addressing the media right now. @SPECNewsROC @RomeohRomeo pic.twitter.com/9g5GQ0E5kH

Romeo, former chair of the Monroe County Democratic Committee, was elected to represent New York's 136th Assembly district in 2018. It includes the towns of Brighton and Irondequoit as well as a portion of the city of Rochester. She will step down to serve as Monroe County Clerk.

"I have an ambitious vision for the County Clerk's Office, and working with our partners in government, like County Executive Adam Bello, I am confident we will continue to pull back the veil that has hidden County Government from the residents it serves for far too long," said Romeo. "County Government, including the Clerk's Office, has tremendous opportunity to create tangible, positive change in our community and I look forward to being a part of this new era in Monroe County's history."

She released a statement on Thursday saying, "Certainly the Governor’s appointment is his decision. Being that we live in such a diverse county and the leadership is not comprised of the same level of diversity — not to mention geographical diversity, it further proves that we have a problem that is systemic. I am not fighting to win votes against Jamie, I am fighting against a system that was structured for candidates such as myself to fail, leaving voters without a choice."

Governor Cuomo will have to call for a special election to fill Romeo's vacant Assembly seat.