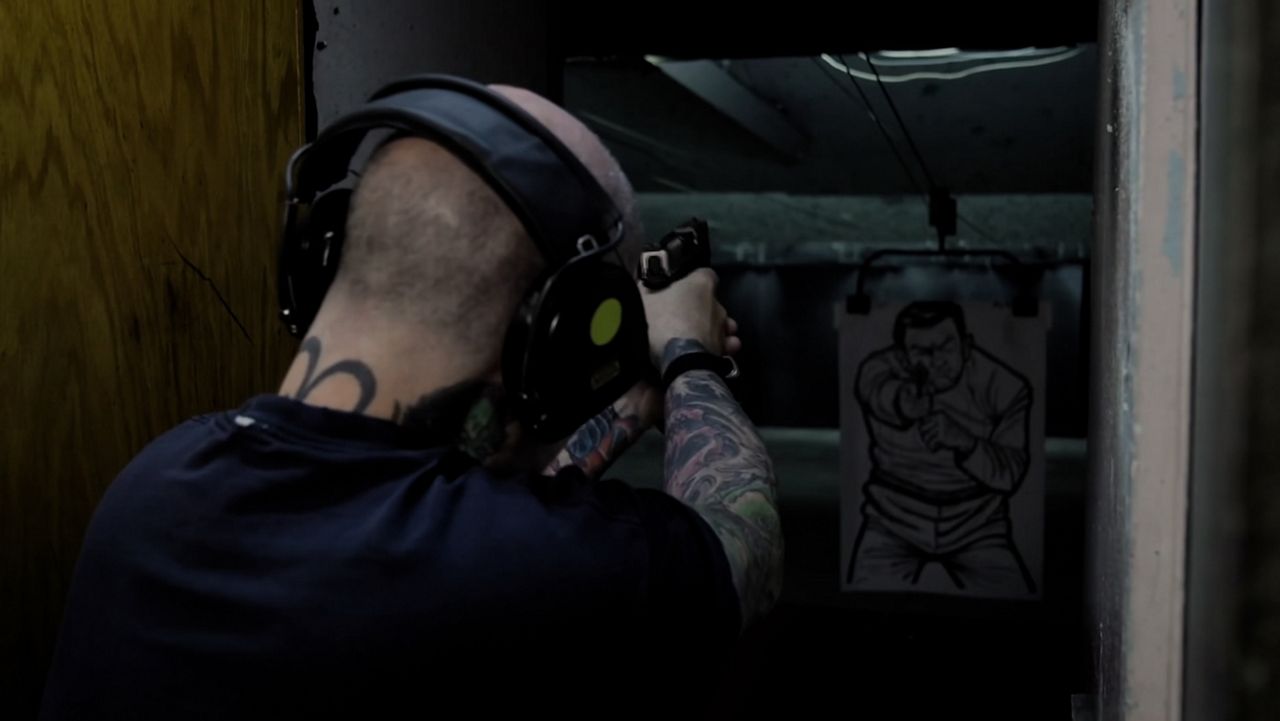 ROCHESTER, N.Y. — After the Concealed Carry Improvement Act was approved by Gov. Kathy Hochul in July prohibiting concealed weapons from being carried in “sensitive locations,” including houses of worship, churches throughout New York state are joining together in protest of their safety.

“Essentially Gov. Hochul has said that it is unlawful to have a firearm in a house of worship and there was no room for even church security teams or anything along those lines, it was just a blanket order,” said Jason McGuire, executive director of New Yorkers for Constitutional Freedoms.

McGuire is one of the plaintiffs in a federal lawsuit filed by 25 churches throughout the state claiming that the gun control law violates the Second Amendment to the United States Constitution.

“Many of the pastors that I’m talking are very concerned that they’re not going to have the ability to protect their flocks as a result of Gov. Hochul’s new gun law,” McGuire said. “So our lawsuit establishes that fact that churches have a right to their security, they have a right to self-defense.”

Federal judge Glenn Suddaby blocked large portions of the law last week, including requirements for licensing and restrictions on where guns can be carried in areas deemed to be sensitive. The injunction takes effect in several days and state officials are appealing. However, Hochul continues to fight, saying on Friday that the law will be upheld despite a legal challenge to the measure.

“The Supreme Court said we could identify sensitive places,” Hochul said during a press conference last week. “One of them has to be a church. They left in place the ability to restrict guns in churches except for a situation where an individual is a hired security guard to protect the individuals in that congregation.”

The law was approved earlier this summer in the wake of a Supreme Court ruling that found New York's strict concealed carry law was unconstitutional. The new measure is facing multiple legal challenges, including one from upstate churches who are contesting a ban on guns in houses of worship.

"We believe the governor should have the right that was in place for 108 years to protect the citizens of our state," Hochul said during a stop in Rochester. "When the Supreme Court struck down the entire law, we knew we could continue to work. Whether it's on this law or entire gun laws, I believe people in this state deserve to be protected."

But for McGuire and the churches involved, it is still not enough.

“We’re thankful for the measure that judge Suddaby did put in his order, but Gov. Hochul has indicated that she’s going to be appealing it, so the case will move forward,” he said.

Hochul said that she is focused on working with law enforcement to keep streets safe, and McGuire says he only wants the same for his congregation.

“The FBI has said that church attacks and shootings are on the rise,” said McGuire. “I would just say that every time Gov. Hochul climbs into that pulpit to preach, we just want to have the same type of security that she has."