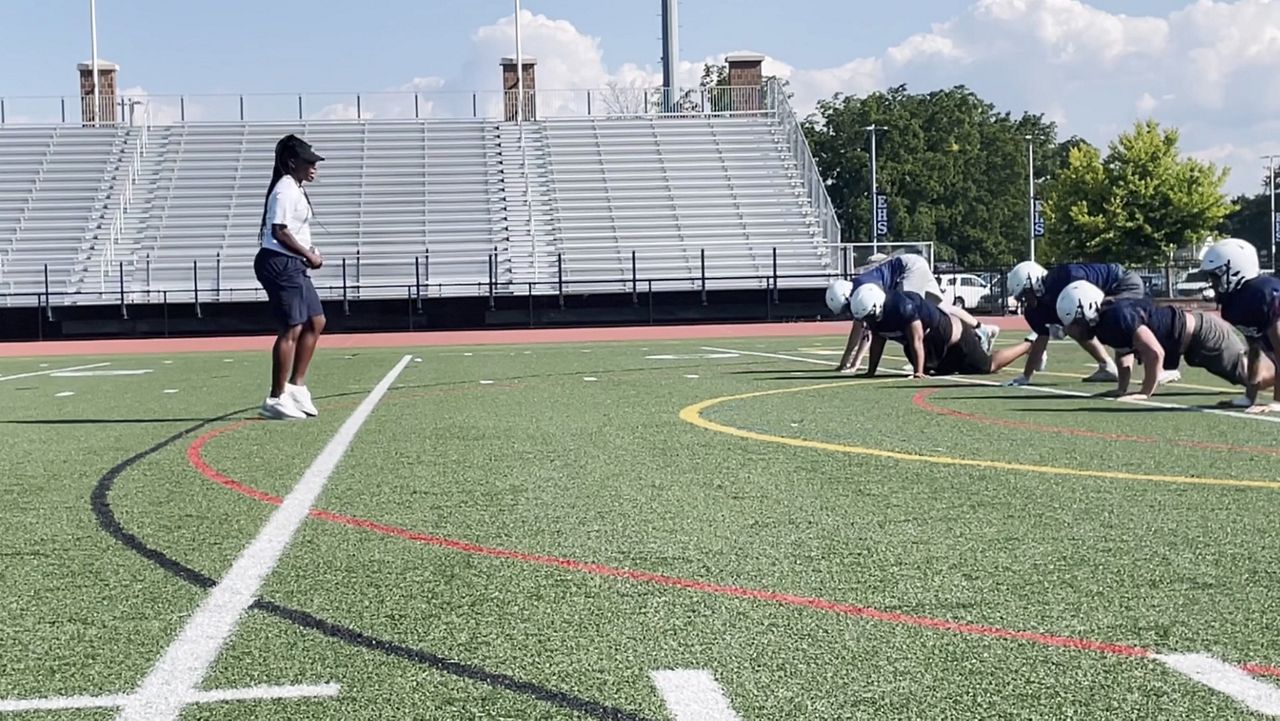 IRONDEQUOIT, N.Y. — One Rochester native is making strides for women in football.

For Charrise Everett, football is life in more ways than one.

But for Everett, Eastridge High School’s newest assistant JV football coach, football is an important part of her life on most days of the week. As a new member of the East Irondequoit Central School District physical education staff, she had an opportunity to take her teaching from the classroom to the football field.

It’s something she knows a lot about. She began making strides in football as the head coach for the Eastridge varsity girl’s flag football team in its inaugural season. Now as one of the area’s first female assistant coaches on a JV football staff, she hopes her success can inspire others.

“I hope that this will just show girls, females, women everywhere that yes you can,” she said. “A lot of times we’re told you can’t, but with this opportunity, I think it shows you can.”

Everett is just the second woman from Rochester to step into football after Maia Chaka became an official in the National Football League.

“I feel like her lead in a way, and then me coming through with showing them on a local level that you can do it is pretty awesome,” said Everett.

And it has become an impact she feels both on and off the field.

“I think it just opens up people’s minds and boys’ minds,” Everett said. “Because if I wasn’t here there would be no other female out here right now. It opens up their mind and maybe they’ll go home and tell their little sister, or cousin or niece, ‘hey we have a female coach, she’s good, you could be just like her.’”