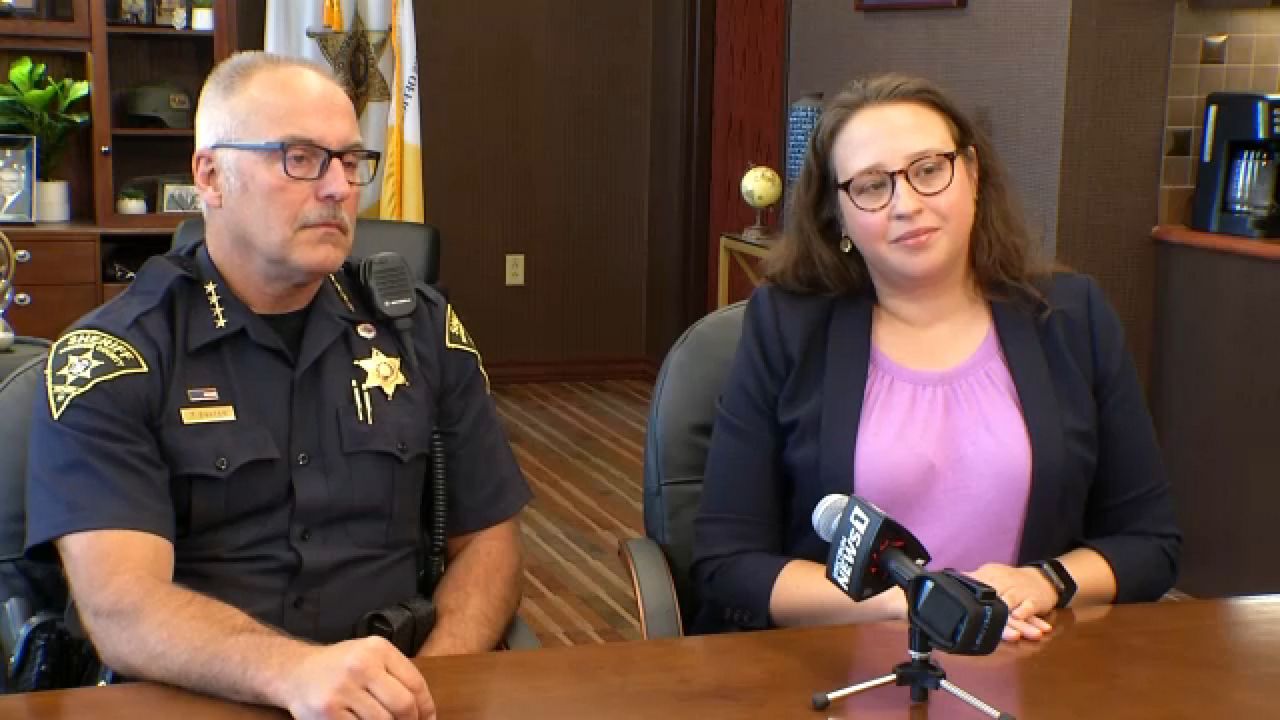 It’s a program that is now going to be a model for every county in the state of New York.

“Governor Hochul’s been really clear and in the wake of Buffalo, it's so painfully clear that domestic terrorism, domestic violent extremism, is the greatest terrorist threat we have today," said the Commissioner of the New York State Division of Homeland Security and Emergency Services, Jackie Bray.

She is tasked with making sure each county in New York develops a plan to confront domestic terrorism and violent extremists. She came to Rochester for guidance, mere weeks after a mass shooting in Buffalo left 10 people dead.

“And immediately after that attack, Governor Hochul signed an executive order tasking our agency, Homeland Security, to standing to domestic terrorism prevention,” said Bray. “And one of the real central pillars of tools to prevention, to the sort of targeted violence prevention is exactly the work that [Monroe County Sheriff Todd] Baxter has led here in Monroe County and that the ROCTAC are doing.”

ROCTAC, or Rochester Threat Advisory Committee, is a threat assessment and management advisory team that closes threat management gaps by bringing people together before a crime is committed.

“It's a holistic group that gets together and analyzes their case, looks at it, and sees how we can mitigate the risk and take someone off that path and stairway to targeted violence," said Baxter.

Twenty-eight participating member agencies meet twice a month and look at someone who may pose a threat to the community.

“That's really what ROCTAC is,” said Baxter. “It’s breaking down those egos. Breaking down those silos. Getting people to talk. Different disciplines in the room to talk and it's all about that comprehensive, holistic approach of this person that may present a potential target to the community to get them off that ladder.”

ROCTAC was created in Monroe County in 2019 when the sheriff recognized a need for a community-wide threat analysis strategy.

“It’s so rich when you get these people in the room, they talk about this case and you leave with ideas you never thought of," said Baxter.

Bray says it helps to have a model like this because, “It puts us three or four years ahead of where we would be without a model. These guys scaled really tough brick walls to get to where Monroe County is today.”

They’re brick walls that other counties will not have to scale, as Monroe County’s model for threat assessment and management will now be copied across the state.