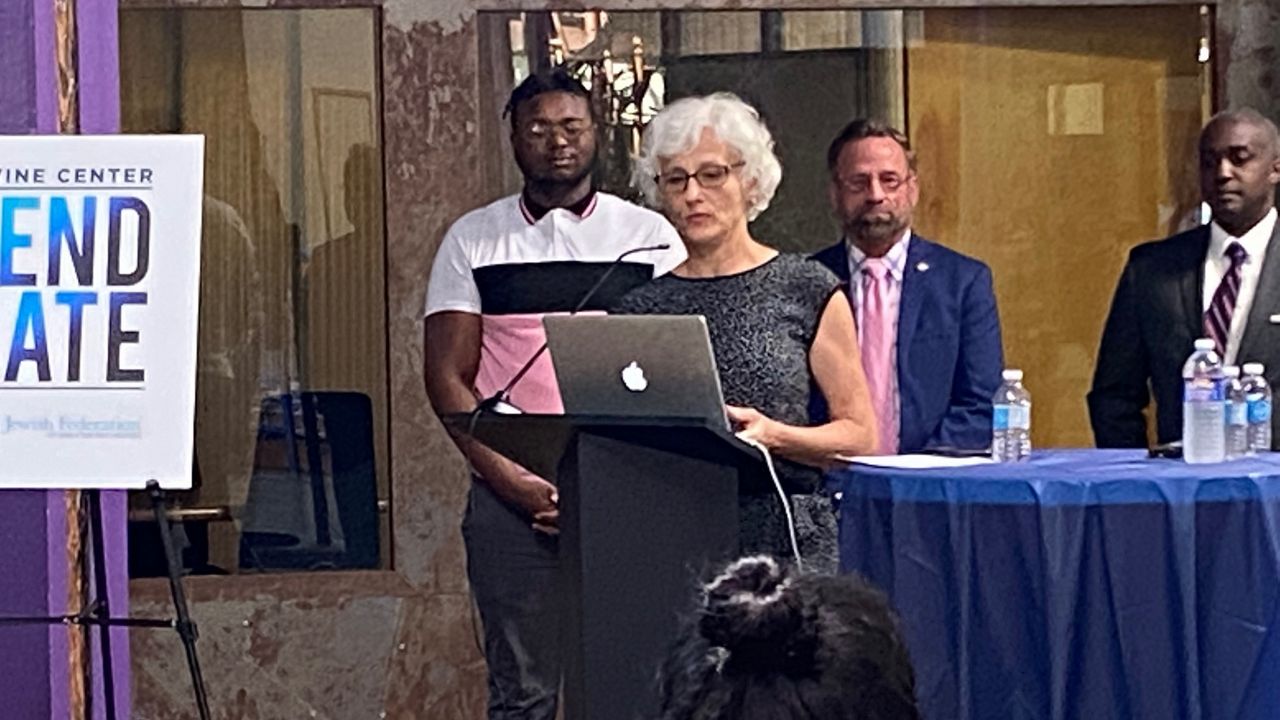 Results released from State of Hate in Rochester, NY survey

ROCHESTER, N.Y. — New data released on Wednesday is shedding light on discrimination and bias in the Rochester community. Surveyors say it finds that people from different racial and ethnic backgrounds who live in the Greater Rochester area live in different worlds.

The State of Hate in Rochester, NY survey is aimed at understanding people’s attitudes, beliefs, and experiences of discrimination and bias in Greater Rochester. Director of the Levine Center to End Hate, Karen Elam, reviewed some of the findings during a news conference.

“Two things I'd love to have come out of this study,” Elam said. “One is it creates a baseline for us and our work. And then we can repeat the survey to be able to measure and see if we're making progress. And the other hope is that we are able to use it to develop programs that really respond to what we see coming out of the data.”

The Levine Center to End Hate study looked at attitudes, beliefs, and experiences of discrimination on the basis of race/ethnicity, religion, gender, disability and sexual orientation.

“I think having that information helps us understand when we're trying to have a dialogue with other groups and with the general population about how can we move forward to have a more equitable and inclusive society,” said Assembly Member Harry Bronson.

He attended and recently was a target of discrimination when the co-owner of Equal Grounds received a hateful, homophobic letter at his business.

"I think the importance of this survey is it really analyzed and got data on people's perspectives,” Bronson said. “And it compared the numbers from the general population versus the numbers from various subgroups like people of color or my own LGBTQ community.”

And the findings could shed light on what may have triggered the suspect in the recent mass shooting in Buffalo.

“When the incident happened in Buffalo, what we did was we said we have to go back in and look at data from the white respondents,” Elam said. “Because we know that the shooter in Buffalo, part of the motivation was we knew it was racial.”

"One of the things that’s coming out of the survey and the hopeful part of the data is that there’s strength in our diversity," said Bronson.

Armed with the data, the end goal of the survey is to begin to end some of the hate and bias in our community.

The surveyors state the community’s challenge is not to raise awareness but rather to provide residents with tools and actions they can take to help address issues of discrimination in order to bring the community together.