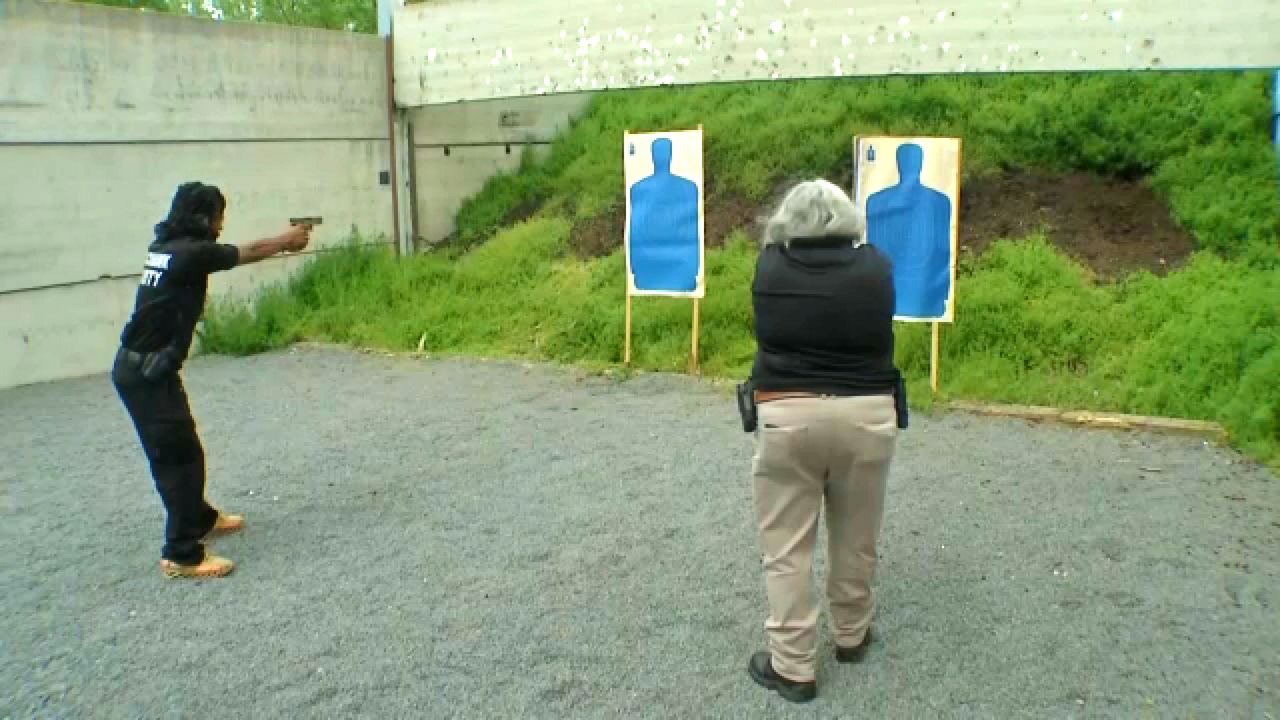 ROCHESTER, N.Y. — The mass shooting in Buffalo has many companies looking to increase security.

Security guards are trained to have a split-second reaction if they encounter an active shooter situation on the job – like the one that took place at the Buffalo Tops store last weekend.

Security Instructor for Blackhawk Training Academy, Cheryl Fridley, says, “On average, a lot of our stuff is preventative in nature, but we have to be prepared for that ultimate confrontation.”

Fridley heads up the state-mandated classroom training for security guards at Blackhawk. She makes sure students are clear about the potential dangers of the job – especially in light of last weekend’s deadly attack, where a fellow guard lost his life.

“We have to let our people know you are there to protect the people,” said Fridley. “And that's gonna mean a certain amount of risk for you. And I mean that security guard did exactly what he's supposed to do. He put his life in line with the gunman so that the other people could survive.”

Security Guard Supervisor at Blackhawk Training Academy, Jailen Person says, “His actions were perfect, and he definitely is a hero because I'm pretty sure he allowed a couple of people to escape while he distracted the shooter.”

Person and his fellow security guards are still processing the shooting death of their colleague, Aaron Salter. He got a shot off, hitting the suspect, but ended up becoming one of the 10 people killed in the mass shooting.

“So everybody's very, very nervous and kind of freaked out about Buffalo, but we try and assure them that, you know, you do what you're supposed to do, you'll be OK," said Person.

“The event that just happened in Buffalo, we are getting calls and they're transferring over to armed, to be honest with you,” said Martinez-Nobrega. “Some of our contracts that were unarmed, they just want to be more safe and they are transferring the service from unarmed to armed guards.”

“Training is essential if anybody's going to carry a gun,” said Ron Halls, a firearms instructor. “Security guards are not much different than police officers put in that situation. Once the rounds start going downrange, in a self-defense situation, there's no difference.”

Blackhawk guards are still wrapping their heads around what happened in Buffalo and the loss of one of their own.

“He did what he was supposed to do and mentally I prepared myself to, you know, if that has to happen then I'll do it,” said Person. “It's nerve-wracking but it's just what we have to do. I got armed for a reason, to protect people.”

And an emotional Fridley says, “We want to go home at the end of the night. So we need to do what we need to do. That means searching people, putting ourselves in harm's way if we need to, and have each other's back. If you're working with another officer, talk to that officer. Let them know what's going on. Work as a team and reach out to those that have an issue … It's been a very emotional week."