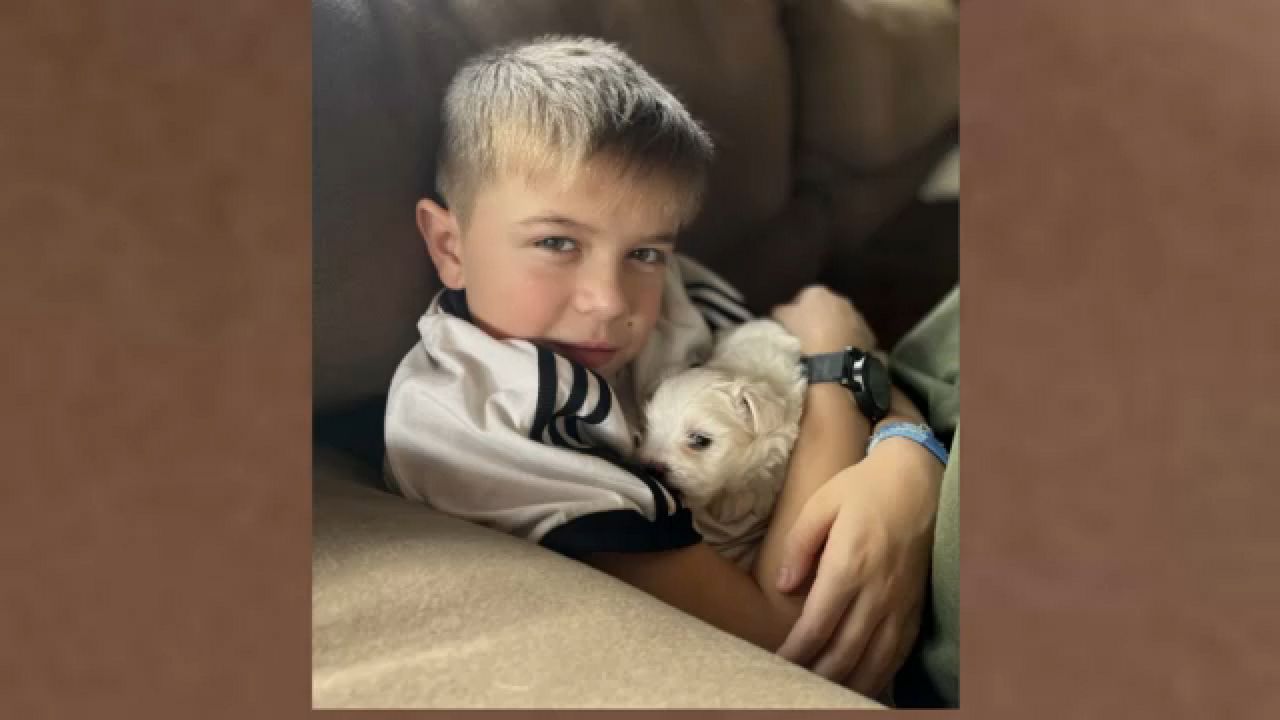 Through video chat, Hilton family finally gets to see Ukrainian boy they plan to adopt

A Hilton family finally got to see the Ukrainian boy they are planning to adopt through a video chat.

It’s thanks to the efforts of two local men who traveled to the region to help the people of Ukraine.

“It was very quick that we realized that he was the missing piece that we didn't know was missing,” said Melissa Nowicki of Hilton. “He fit in perfectly. [It’s] like he’s always been here and been a part of our family.”

Her family welcomed 11-year-old Oleksii into their home during the holidays as part of a hosting program and they knew he belonged.

They began the process to adopt but had to send Oleksii back to the orphanage in Ukraine until the adoption was approved.

Then war broke out.

“They were all brought down to the bomb shelter and as they were down there for hours, he said that he heard four different large explosions happen," said Melissa.

The children were moved to a bomb shelter in another city. There was little contact other than a couple of texts.

“He said that he was scared when all this started, maybe not even so much about what was going on around him, but about the fact that this could potentially stop him from coming home," said Melissa.

After a few days, the children made a long trip through Ukraine and across the border into Poland where they would eventually meet Cameron Knaub and Roman Bosak of Guardians of Hope.

“We were so blessed to be able to connect with them,” said Cameron. “We had spoken with Melissa, I think it was the day I was heading out. We connected through a local place that was raising funds for her little boy and we were able to go check in on them.”

The Guardians of Hope bring hope to the family as they arranged a FaceTime call between Oleksii and his family in Hilton.

During the call, Oleksii said to tell his family he loves them and hears the same in return.

“For me, I just really had wanted to see his face, to hear his voice and be able to hear me say that I love him,” said Melissa. “So wonderful, huge blessing.”

Cameron and Roman were on a mission bringing urgently-needed supplies to the people of Ukraine.

They brought donations to Oleksii and the others there from the Hilton community.

“It was so precious to see his face, and the family's faces, and the joy and the tears it brought,” said Cameron. “He saw his grandma and the dog. It was such a warm moment.”

“We want him home with us, that's our number one goal, of course,” said Melissa. “But just knowing that he’s out of Ukraine, that no matter what happens at this point, he’s safe. It’s huge.”

Melissa is working with several other families who are also in the process of adopting orphans from Ukraine. She says they're planning to make as much noise as they can until they can bring their children home.

“We are working very closely with government agencies,” said Melissa. “We're working closely with Joe Morelle’s office. We are also involved with a law firm at this point to do everything that we can to get government approval for these kids to get visas granted so that they can come to stay with their host families.”

“We felt honored to be able to visit them," said Cameron.

“I tried to reassure him that we’ll never stop fighting for him," said Melissa.