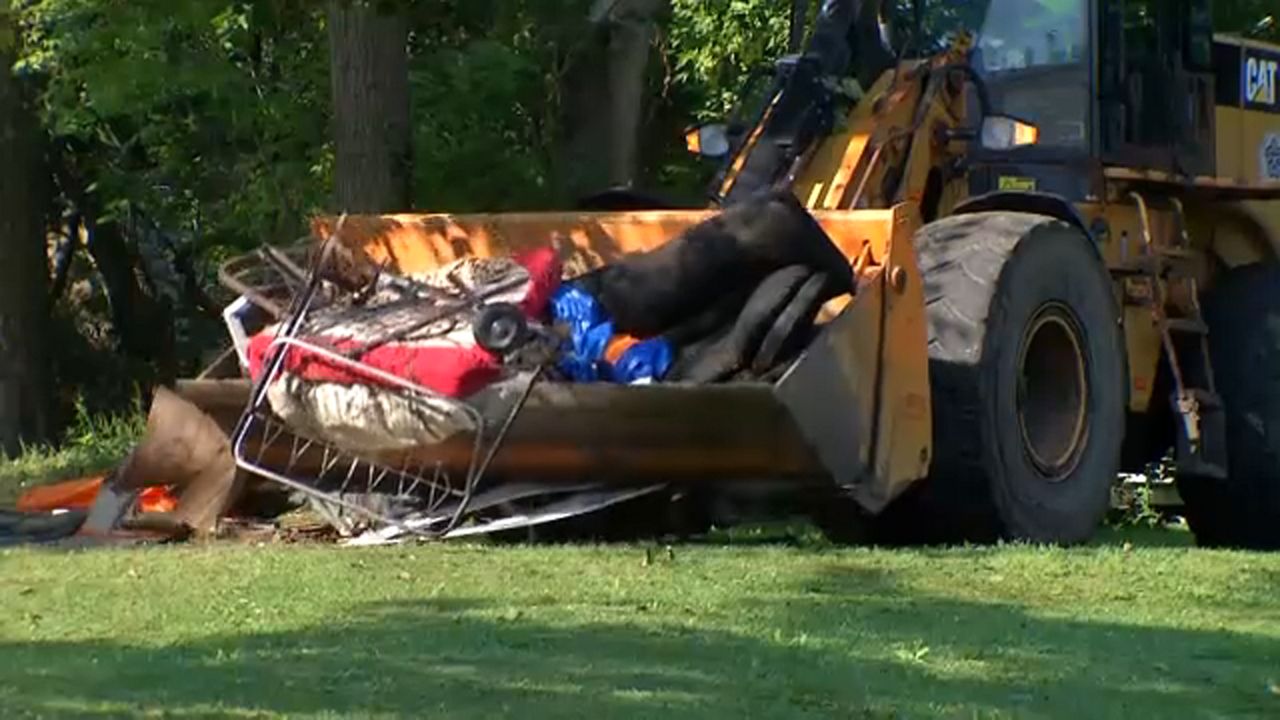 Working with several city agencies, the team worked on several public and private parcels located on Loomis Street and Joseph Avenue and nearby streets.

"When you're homeless and all of your stuff is in this tent or in the backpack that you're carrying, and the city comes along and cleans it up and takes it, you might lose your ID or birth certificate and that makes it even harder to get the help that you're already in need of," said Stephanie Forrester, co-founder of RAW, Recover All Ways.

Forrester says dispersing the homeless population from the area makes a bad problem even worse.

"This has become their home, their sanctuary. And then they get removed and this community of people disperses, people who know what to do if there's an overdose happening, they know how to help someone who may be in trouble," said Forrester.

City spokesperson Justin Roj says the city received complaints from neighbors about debris and trash and evidence of illegal drug activity. The amount of debris and trash was so significant in some spots that the city could not get its equipment onto the lots. When the RAW team and other groups heard the city would clear the area, they came out to help them pack up and store their belongings.

"We keep putting a band-aid over a chopped-off leg, and that needs to stop. We need to come together and, and, you know, really come up with a solution," Roj says. "There is a severe drug problem there and we will continue working with our partners in a community effort to help get people into treatment."

"We don't know the answer. But what we do know is what we've been doing as a whole isn't working. We've seen what happens when the city comes in and tears these tent cities down and people are thrown deeper into chaos without anything. It puts them at risk for dying," said Forrester.

The city says the occupants of the encampment were offered other housing options, but refused.