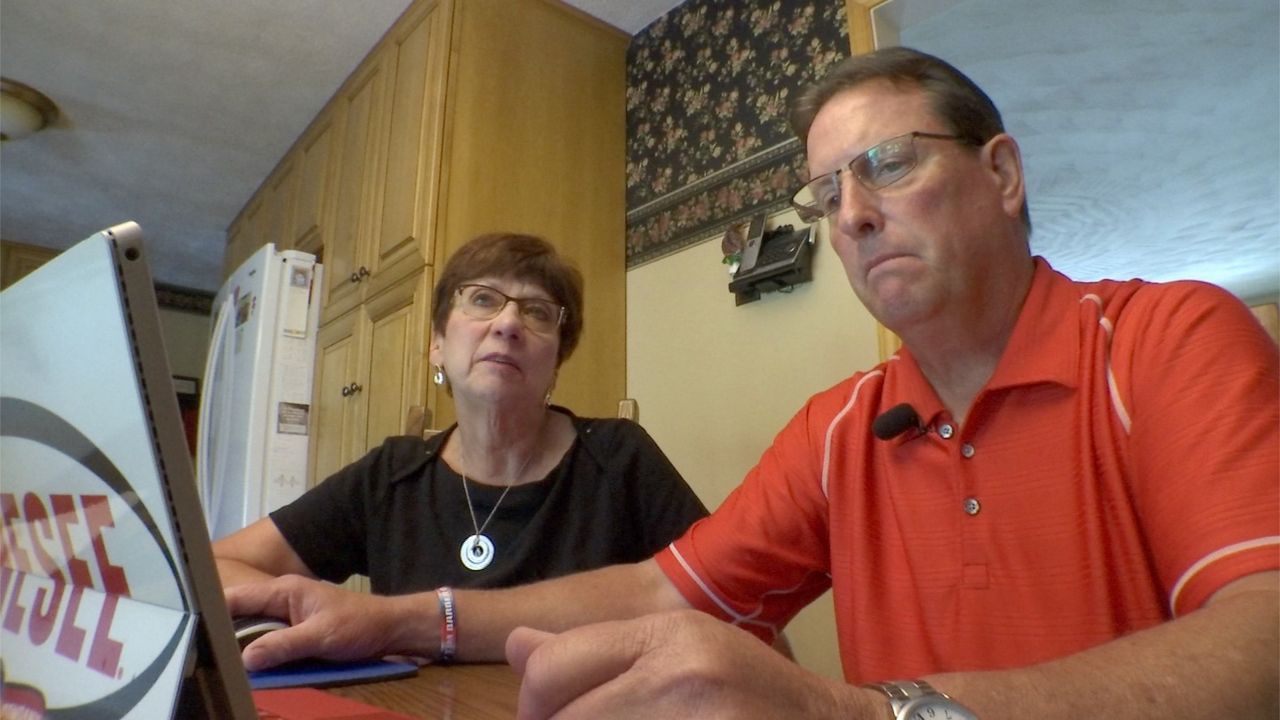 LEROY, N.Y. — The parents of a construction laborer who died from heat exposure at a Geneseo job site last summer are working to make sure his death didn’t happen in vain. They support a federal effort to highlight their son’s death — in an educational campaign.

For Jim and Kathy Barber, the good times with their son, Tim, are captured in photos.

“If you don't look at the good times, you'll be stuck in that horrific day,” said Kathy Barber.

The day she refers to was July 7, 2020 — son Tim Barber’s second day on the job as a laborer on the Genesee River bridge project on Rt. 63 in Geneseo. The LeRoy couple remembers Tim not feeling quite right after his first day of work, and him getting up early to report for day two.

“I said, OK, you eat your lunch today, you take breaks and you drink that water,’” recalls Jim Barber. “Knowing what I know today, I wish I could have said more, but I thought, you know, that was the best advice I could give him.”

Mid-afternoon on that 95-degree day, the Barbers got a call that Tim had been overcome by the heat. They were told to go to the hospital, but the ambulance never made it. Tim Barber — otherwise healthy — died from hyperthermia. He was 35.

“It was a senseless death,” said Kathy Barber. “It should have never happened. It was so easily preventable, and how do you lose your child, just out trying to do their best?”

The U.S. Department of Labor’s Occupational Safety and Health Administration found Barber’s death happened during light duty, sorting bolts in the summer heat. Working alone, the report said he didn’t have water or shade and was not acclimated to the heat.

Following an OSHA investigation, Barber’s employer, Pavilion Drainage Supply, Inc. was cited for failing to train and protect him against extreme heat. OSHA is using Barber’s death to change that.

“Each employer should have a heat illness prevention program, especially those who work outside,” said Scime.

The Barbers say they still can't drive over the bridge where Tim was overcome by heat. It's too difficult.

His parents say Tim Barber was also an accomplished artist — who loved family, country music and the Buffalo Bills. They now find purpose in Tim’s death by spreading the word about the dangers of extreme heat.