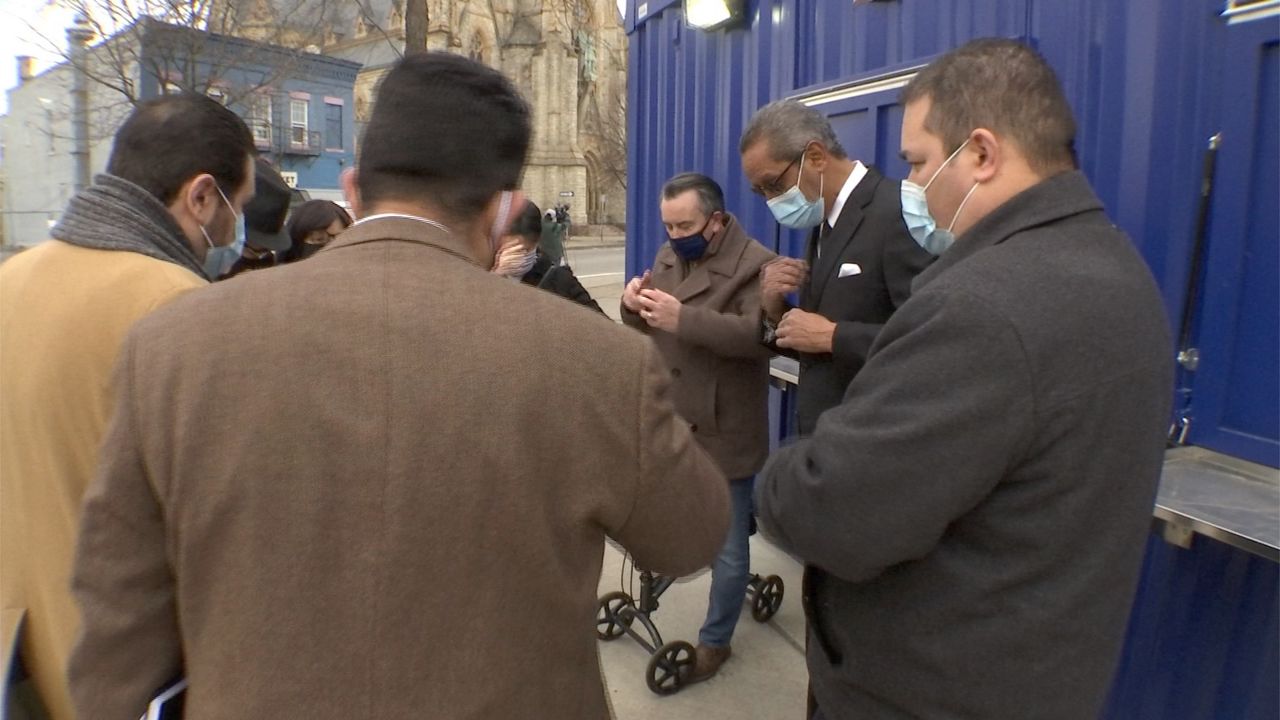 ROCHESTER, N.Y. — ​One day after parishioners made an impassioned plea to save a Latino church in northeast Rochester, another group is detailing its efforts to try and save St. Michael’s church on North Clinton Avenue.

"By closing that church, you will bring harm to the spirit of the people of this area," said Rudy Rivera, CEO of the Father Tracy Advocacy Center. "And most especially the Latino community for which that is the house that guides many of us."

Rivera is part of the newly formed Saint Michael Society, a group of parishioners and others who want to take over the operation of the struggling church. They said they submitted a plan to the parish that oversees it, and to the Roman Catholic Diocese of Rochester.

"We have not heard a word," said member Carlos Garcia.

St. Michael Society wants to raise money to pay the bills, and add much needed community services to the site, described as a cornerstone to Roman Catholic Latinos in the area.

"We feel strongly that that can be done," said Garcia. "It has been done and replicated throughout the nation."

St. Michael's is one of three Rochester churches to make up the St. Francis Xavier Cabrini Parish. The parish itself has seen major financial problems in recent years, as well as declining attendance.

"We are ready, willing and able to do it," said parishioner Roberto Burgos. "We have the right, the canonical right."

The group said Canon Law requires the diocese to work with church members on a solution. The diocese, in a statement, said: "Before any alternatives are reviewed, the canonical process must be followed and the recommendations from the parish received."

"This should not be the first church on their list," said Vince Felder, a Monroe County legislator. "This should be the last."

County and city of Rochester representatives were at the news conference. The city has invested millions in the neighborhood’s La Marketa project, right across the street from the church.

"We're pleading with the diocese to consider options that give the church to the people," said Miguel Melendez, city council member. "There's opportunities to save the church and remain open regardless of what it looks like.  It could look different, but we need to make sure that this church remains an asset."

The diocese said no final decision has been made. A glimmer of hope for those fighting to keep St. Michael's open.

"Give us the chance to keep our church in this neighborhood," said Burgos. "So that we could exercise and worship as Catholics right here in our neighborhood. That's all we're asking."