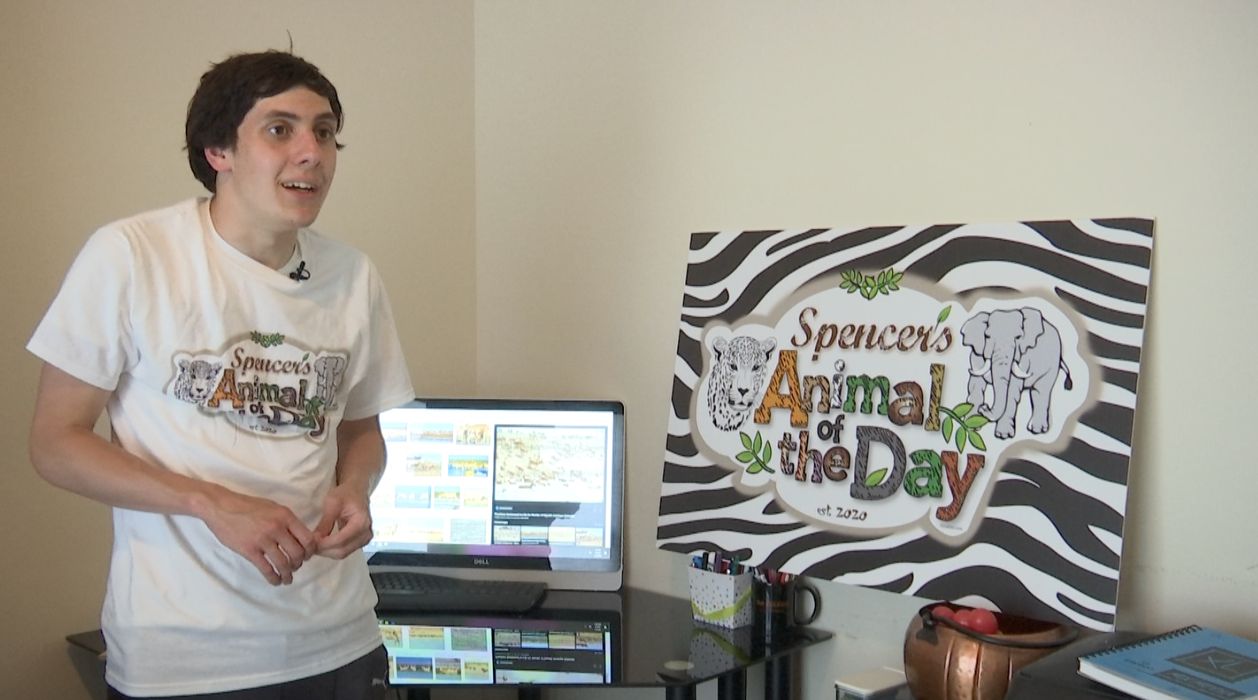 A Pittsford man on the autism spectrum is sharing his love for animals with online videos.

Spencer Cole of Pittsford is on the autism spectrum. He loves animals, and his knowledge is unparalleled.

"I can remember all the facts about them in my head!" he says.

And during quarantine, he’s been sharing that knowledge with others on social media with daily videos called Spencer's Animal of the Day.

"I thought I would just give them a chance to cheer them up, so that way they won’t feel so bored once the coronavirus goes down," Spencer says.

Cole is a Zoo Teen Program leader at the Seneca Park Zoo, and even though the zoo is closed right now, he’s still able to share his passion for animals through these videos.

"He’s clearly so passionate about animals, and so knowledgeable," Pamela Reed Sanchez, president of the Seneca Park Zoo Society, says. "To be able to share his knowledge and passion in the way he’s doing right now, it’s really exciting for us. We love watching him."

Sanchez says they’re happy to have such a knowledgeable ambassador.

"It’s been completely on them, it came as a surprise to us. We were thrilled to see it, and we shared it on our social media to let people know that Spencer was doing this," Sanchez says. "And I see they have a growing following on his Facebook page."

And Spencer hopes his videos accomplish more than staving off quarantine boredom.