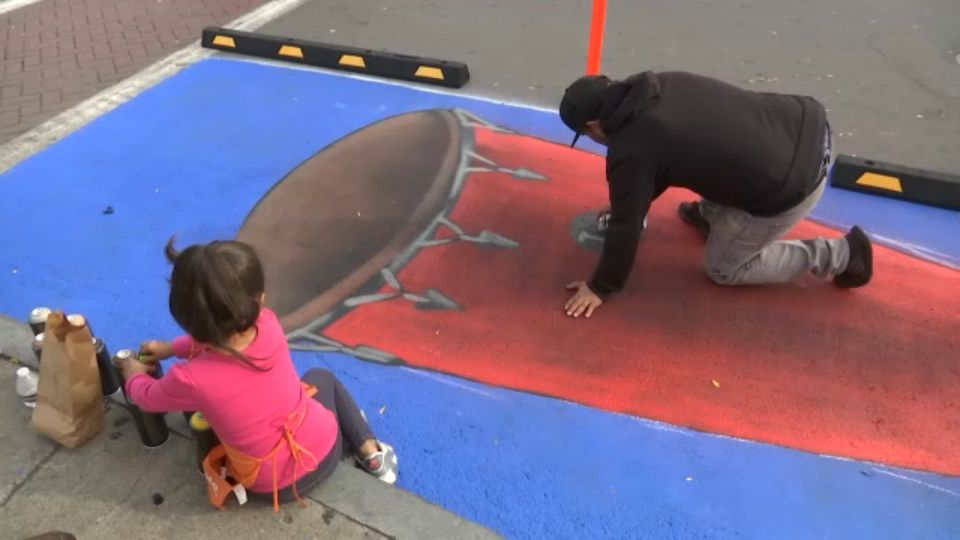 A stretch of North Clinton Avenue that’s among the city’s most dangerous for pedestrians got a safety makeover Sunday.

The street was selected Reconnect Rochester as part of its Complete Streets Makeover initiative.

Armed with spray cans, paint brushes and other tools, residents, block club members and members of Reconnect Rochester to change the look and feel of the North Clinton Avenue community.

"It’s a way to bring art to our community also more importantly to slow down traffic in this area,” said Ida Perez, chairperson of the Scrantom Street Block Club.

The makeover of crosswalks and part of the street took on the theme of Puerto Rico.

"We want to call this Little San Juan and so the themes that we took were all things related to Puerto Rico and Latin America countries, the Caribbeans, so you’ll some things that you’ll see in other countries as well,” Perez said.

Mike Bulger, of the Healthy Kids Coalition: Common Ground Health, said "people have really been enjoying the original artwork that’s being put out here and it’s a great way for people to come together."

The Caribbean theme was driven by people for the neighborhood.

“This is a product of the community coming together, I think that’s one of the coolest things about it,” Bulger said. “It was community groups getting together, talking about what they wanted to see different on la avenida.”

In addition to the cultural designs, temporary safety reflectors were added along with curb extensions, eye-catching crosswalks, and a ramp to make the area more accessible.

“This will be temporary, again they’ll be keeping track of how much it actually slows down traffic," Perez said.

The hope is that some of this temporary design will be incorporated into the international plaza planned for the area.