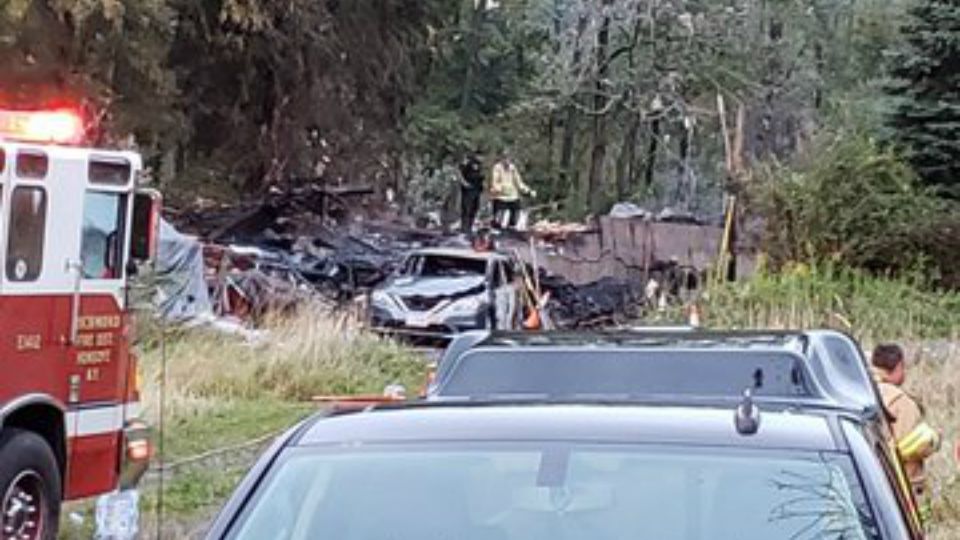 The Ontario County Sheriff's Office confirms it removed two bodies from inside a Richmond house that exploded early Tuesday morning.

The Richmond Volunteer Fire Department was called to the house in the area of US Route 20A near Quayle Road around 4:30 a.m.

5 departments responded to a house explosion in honeoye. Two cars were in the driveway and fire crews say they’re working to locate the owners. They’re Believed to have been in the house. Chief says gas explosion was felt by neighbors pic.twitter.com/DIhgdX9HSR

A closer look at the home that exploded this morning. Crews still working to find the two that lived in the home. Cars were in the driveway at the time of the explosion pic.twitter.com/MxudRgnvQk

Richmond Fire Department Chief Rick Frost said when he arrived, “it was a fully involved house (fire) with not much of a house standing. It was very dark and I was more on the radio getting more help here, but I can tell you that it didn’t look like a house when I got here.”

There were two cars in the driveway of the house when firefighters arrived, one of which had out-of-state plates.

Despite being spread out, neighbors reported seeing flames coming through the trees surrounding the house, and some houses suffered damage from the explosion.

Caroline Angelo, from Denmark, was staying at a next door bed and breakfast. She described a horrendous “boom” and at first, thought it was a storm.

“You see this now and realize the damage. It doesn’t make you feel any better, I can tell you that,” she said.

Fire investigators say it could be a while, if ever, before they can say what caused a blast that rocked an entire neighborhood.

"The contents of the structure where thrown throughout the debris field hanging from trees," said Ontario County Fire Coordinator Jeff Harloff. "Large, significant pieces (were) splintered, broken (and) driven into the ground. It's impressive."

Firefighters said the house did have gas lines but the propane tank did not explode.