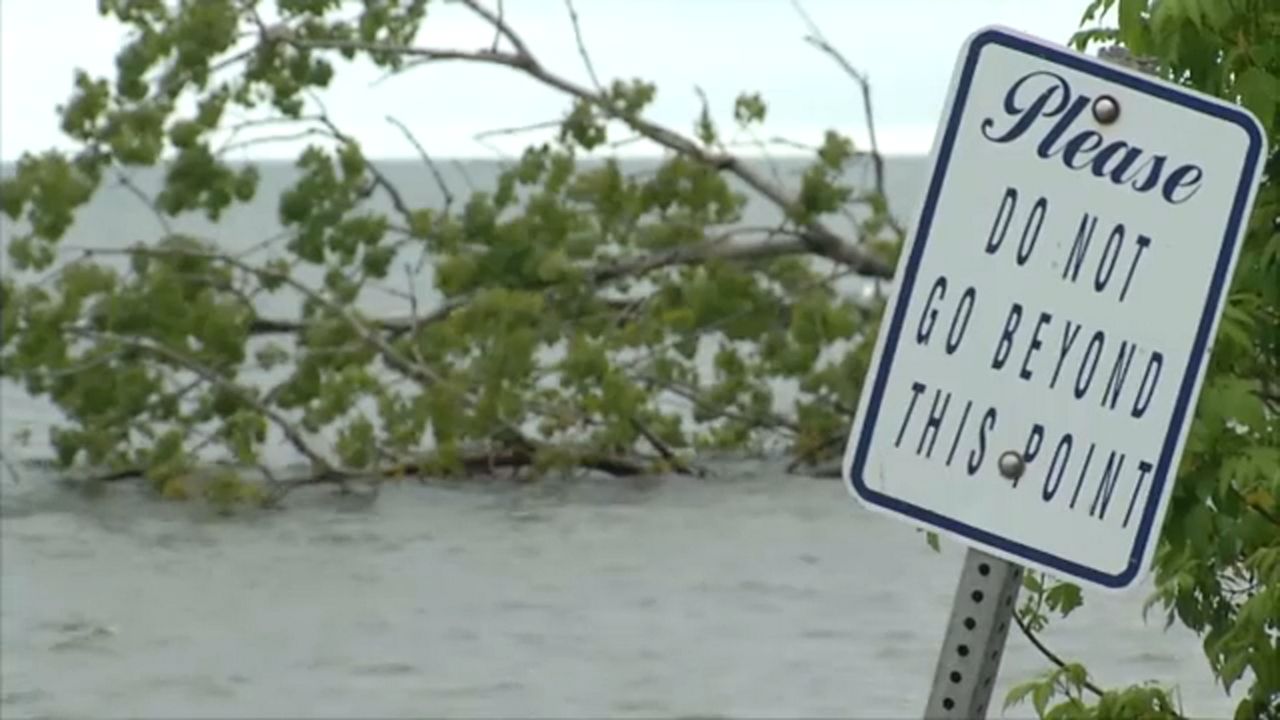 The water level on Lake Ontario is about a foot higher than average for this time of year. That has some lakeshore homeowners uneasy as they think back two years.

“I just hope that this doesn’t become the new norm,” says Dave Chappius of Irondequoit.

Chappius does not want to re-live 2017, when flooding along Lake Ontario devastated homes and the shoreline.

“It was scary because you didn’t know when it was gonna end,” said Chappius.

Water levels on Lake Ontario are about a foot higher than average for this time of year. But levels are still lower than in 2017 when massive flooding took place. Just in case - Irondequoit and its residents are cautious. @SPECNewsROC @irondequoit_ny pic.twitter.com/bdyId1I7tT

The latest data from the U.S. Army Corps of Engineers was released on Thursday, showing that while lake levels are higher than average, the water isn’t as high as it was in 2017.

Irondequoit Town Supervisor Dave Seeley is planning ahead.  In addition to having an emergency preparedness plan, Seeley is asking the state to provide a sand bagging machine.

“You saw a sharp spike within the last few weeks and it gets you kind of out of your comfort level in knowing the trajectory is going to be at the point where you’re above flooding,” he said. “So just monitoring that and really wanting to be prepared for come what may.”

The U.S. Army Corps of Engineers is constantly monitoring the lake levels on Lake Ontario and reports its findings back to the overseeing body, the International Joint Commission (IJC).

Engineers with the Army Corps of Engineers said managing the water level is a delicate balance, in an effort to protect homeowners, the needs of commercial boats and wildlife. Forecasting is based on historical water supplies.

“People should be prepared for the full range of historical water levels,” said Frank Bevacqua, a spokesperson for the IJC.

As homeowners wait and see what’s to come, Irondequoit is planning for the worst and hoping for the best.