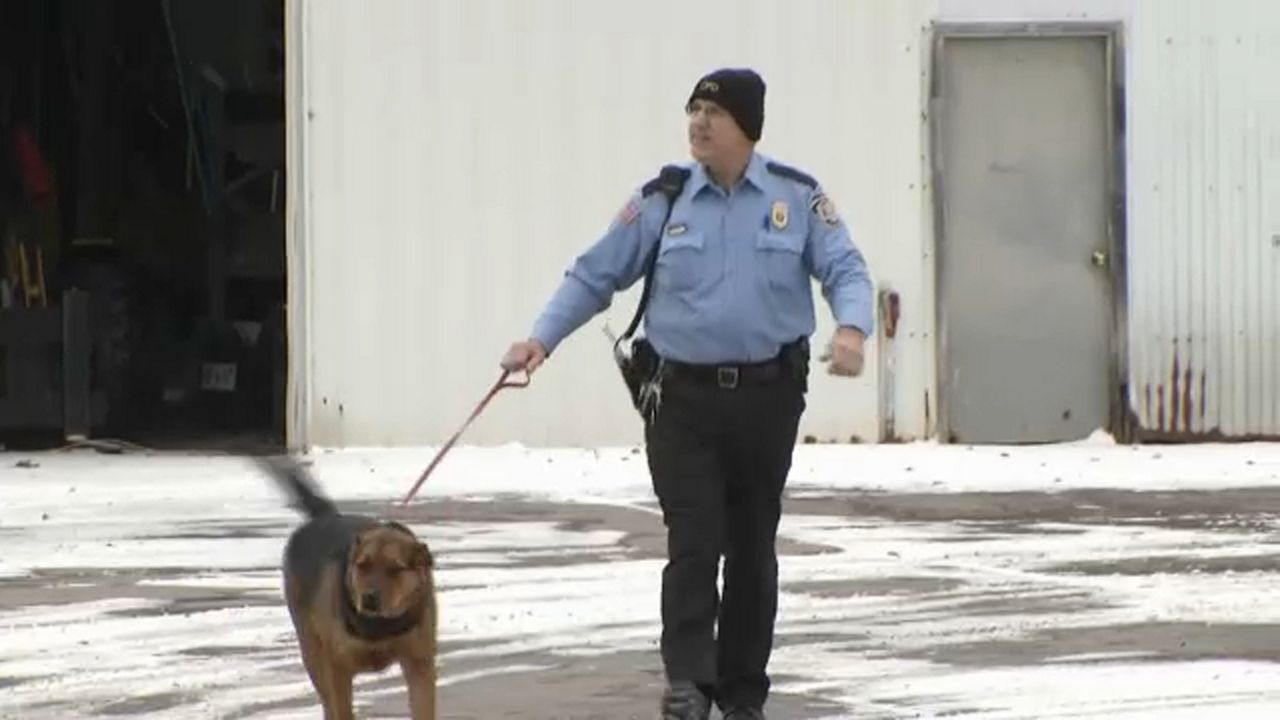 An Ogden woman awoke to the sound of a dog whimpering and crying shortly after 2 a.m. Monday. She called 911 and reported a dog in distress on the canal, and that's when Ogden Police Sgt. Travis Gray arrived.

When he got there he saw a dog struggling to stay alive in the icy water. The canine had been let outside by its owner but the gusting winds blew the gate open. The dog ran off and found himself on the canal, not realizing he was on thin ice.

"He called for the fire department to assist him to rescue the dog but he could tell that the dog was going under and didn’t have much longer so he made the call to go out there and rescue him himself," said Ogden Police Chief Chris Mears.

The daring rescue was captured on Sgt. Gray's body camera. In it, the sound of Gray trying to reassure the dog can be heard.

"He just made a split second decision and you could see him prodding along with his baton as he went out there to check the thickness of the ice," Chief Mears said.

Gray manages to pull the dog out of the water and the two safely get back on dry land, marking yet another remarkable animal rescue.

"It’s a joke around the office. We call him the animal whisperer because it seems every time there’s an animal in distress he’s close by," Chief Mears said.

So pleased to meet this pup and see that he is alive and well - thanks to @OgdenPoliceNY Sgt. Travis Gray. A risky rescue for this dog who was trapped in the icy canal. @WendyWrightTV pic.twitter.com/9Kfe8mNR1N

Over the last few years, Gray has rescued stray dogs, a trapped turtle, pigeon and saved an owl that was trapped in fishing line.

It's a happy ending for Dallas. However, authorities say people should wait for the fire department to arrive before trying to rescue an animal from the water.

An Ogden woman awoke to the sound of a dog whimpering and crying shortly after 2 a.m. Monday. She called 911 and reported a dog in distress on the canal, and that's when @OgdenPoliceNY Sgt. Travis Gray arrived. pic.twitter.com/8Hh1QSZYbv