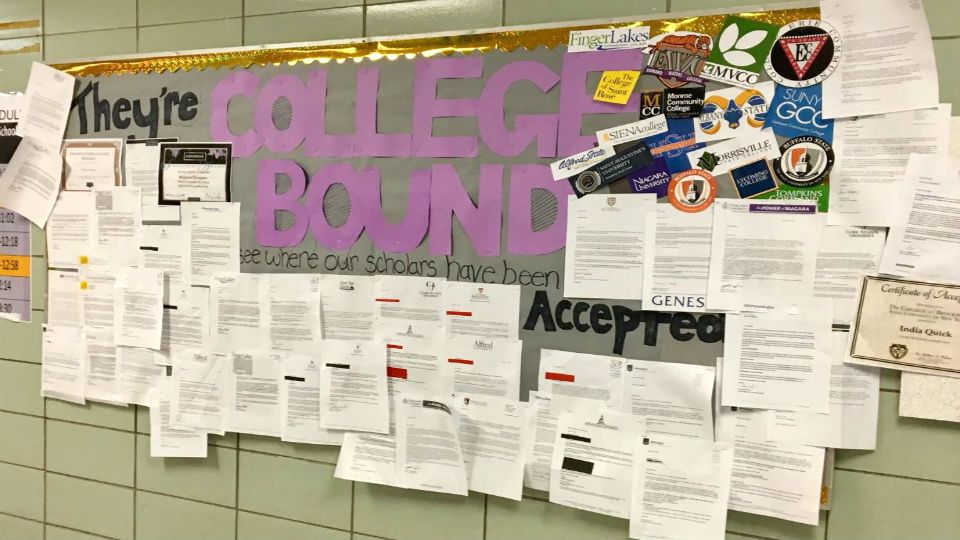 ROCHESTER, N.Y. -- Back in 2015, East High School was in receivership facing deficiencies in test scores, attendance and graduation rates. That was when the University of Rochester stepped in as the school's Educational Partnership Organization (EPO).

"So there is no single issue that created this decline, but I will tell you that it took a collective effort to improve East thus far," said East EPO Superintendent Shaun Nelms.

The university came in looking to improve conditions for faculty, who are now following an "All in, all the time," approach to direct their full professional efforts to advocating for services for students. This included bringing in additional social workers to help students facing difficulties outside of school.

"Because some of those challenges are so difficult as far as homelessness, tragedy in the family or trauma," said East school counselor Sherylanne Diodato.

In addition, the school now closely monitors attendance with support and interventions in place that vary from student-to-student.

"For some, we have to go to their home and knock on doors, for others we work with their parents or community agencies then for others they come everyday ready to learn," said Nelms.

And for the counselors, they say that their case loads have decreased dramatically under the EPO. They now serve on smaller teams, allowing them to build relationships with students.

"We focus 10th grade and we talk about career then in 11th grade it kind of ramps up because we're getting closer to 12th grade," said Diodato.

Ultimately the goal of the EPO is to prepare all students for a successful transition to adulthood.

"At East, unfortunately, when we started the graduation rate was projected to be around 19%," said Nelms.

This year, East expects the graduation rate to be near 60% after August exams.

But Nelms says that they recognize that East is just one school in the district and that there are thousands of other students that could benefit from the university's plan which is why they have created a Center for Urban Education Success.

"Our hope is to study the issue, study the problems, document the successes and share those principals more broadly," said Nelms.

Diodato says that whether students pursue a post-secondary education, join the military or enter the workforce, the entire East community celebrates those graduates.

"It's when you see my students out in the community or when they want to come back and tell me their story it makes this job like the ultimate, I think," said Diodato.

The school will hold its commencement ceremony on Saturday June 23rd.