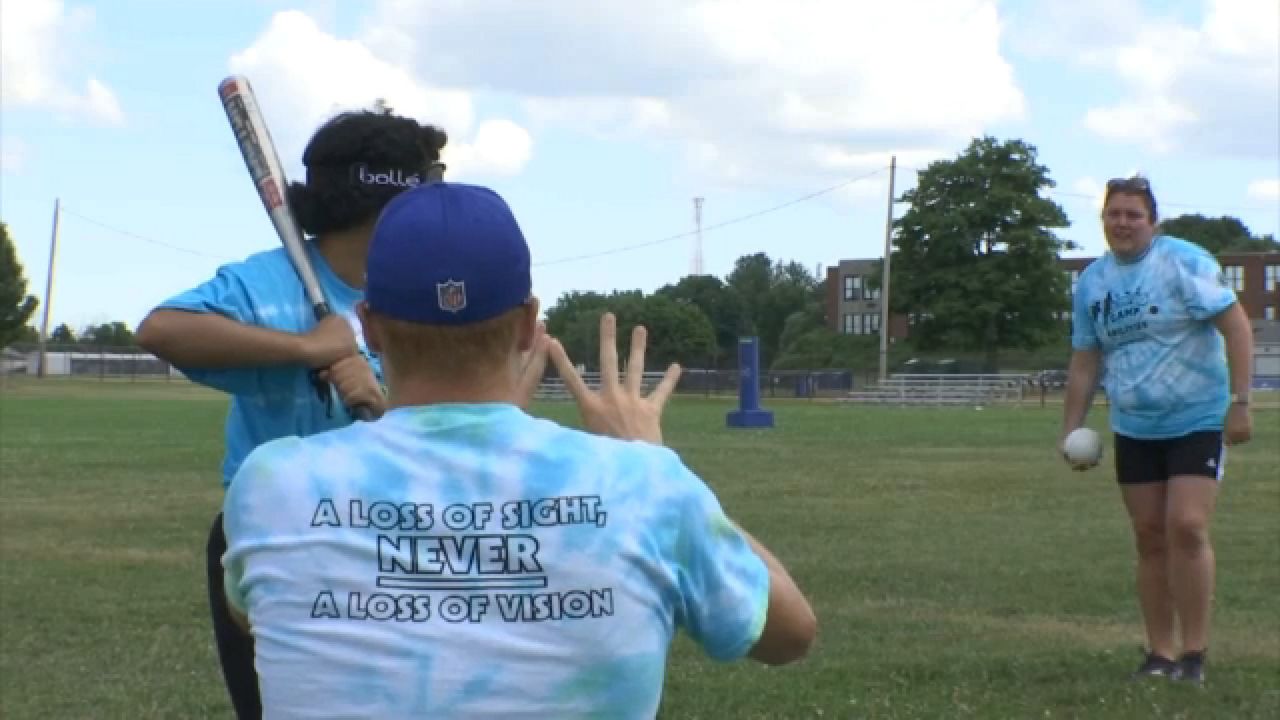 BROCKPORT, N.Y. — Some things in life aren’t that easy. Sometimes, you just need a little help.

That doesn’t stop Murray from playing and swinging for the fences.

“Knowing where your boundaries are I think is very important," said Murray. "We place a lot of emphasis on telling people that you can do things.”

Braiden Wingrove has been coming here since he was 9.

“I was a newbie," said Wingrove. "I didn't, I didn't know a single thing about blind sports till I came to Camp Abilities.“

The adaptive sports camp opened on the SUNY Brockport campus in 1996.

After two years of virtual camp because of the pandemic — this is the 25th year of in-person activities.

“We have tandem biking, we have stand-up paddleboarding on the canal," said camp founder Lauren Lieberman. "We have beep baseball, which is a blind sport and then we have blind soccer, which is a Paralympic sport.“

Lieberman is a professor who saw a need for visually impaired children.

“They fall in love with physical activity, despite the visual impairment, and they become leaders in the field can ask for more than that,” she said.

Here, they learn they can.

“I think especially in younger years, camp helps a lot with self-advocacy," said Murray. "So if you do want to play after-school sports, which I personally don't. I really only do sports here. You know that you can go up to your phys ed teacher and say, hey, I want to join the track and field team. This is what you need to do to accommodate me so I can do this and I can do this. You just have to give me X, Y and Z.”

“I think Camp Abilities has made a huge impact on my life.”