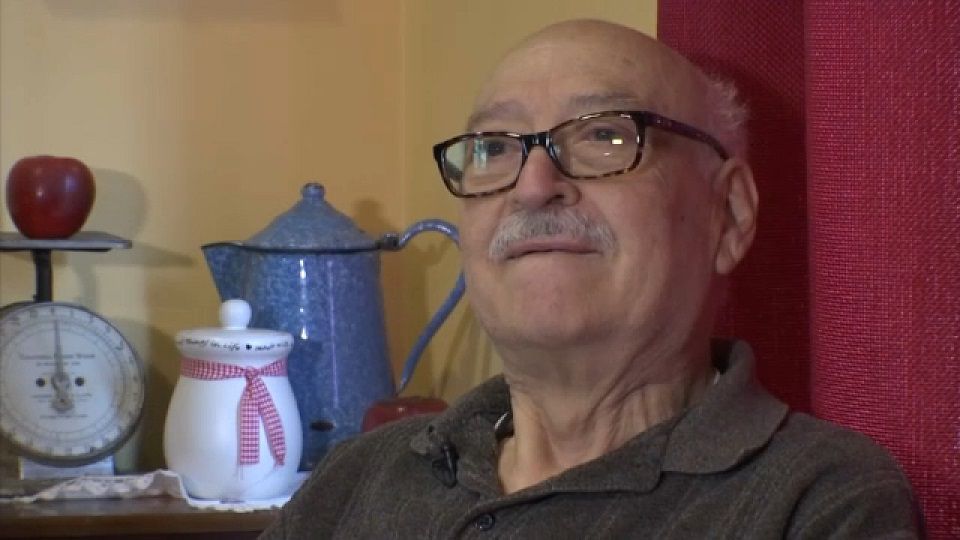 COVID-19 forced the cancellation of several of these tribute excursions to our nation's capital for retired veterans.

Many of these trips are taken by families who are racing the clock.

Guiseppe Ilii looks back on his time with pride. Fifty years ago he was an 18-year-old MP, born in Italy, who would round up those who ran from service.

“A couple times I had to put my revolver on the dashboard to keep them in line," said Guiseppe.

Joe, as he’s known, shares that nickname as his son.

Time together is something the two of them don’t have a lot of.

“I don’t know how long I’ll be on this earth,” Guiseppe said.

He has liver cancer.

"Here we are, we're at the, there's no treatments available," said Guiseppe's son Joe. "He's not eligible for transplant. So we just take day by day.”

So the two decided to take a trip.

“I was supposed to go last year, and then they canceled it," said Guiseppe.

There was no way they’d cancel this one — not with so much riding on it.

The trip takes military veterans to our nation’s capital.

“Seeing these guys back and the smiles on their faces, we just can't show them enough appreciation for what they've done for us,” said a volunteer.

It’s been two and a half years since the last Honor Flight Rochester.

“My son is more excited than I am," Guiseppe said.

Mission 70 has come just in time for a son and his father.

"Especially with his health issues and everything, I want to get him there," said Joe.

“Whenever the good Lord wants me, he can take me after the trip,” said Guiseppe.

Honor Flight celebrates those who served while taking them on an all-expenses-paid tour of our nation’s memorials.

“This is the moment where the Sentinel was coming up," said Joe. "And you saluted the Sentinel, but because he was, I mean, he can't move, but he scrapes his foot along the ground and that's a silent way, if you would, of recognizing your salute.”

For Guiseppe and his son, this trip was way more than they could have expected.

“The trip was tremendous,” Guiseppe said.

“Oh, that was a great experience," Guiseppe said. "He kept hugging me, kissing me. 'I love you, dad.' So it was good.”

So was the reception they received. Especially when they returned home.

“The Harley school and Pittsford schools did a really nice thing for the veterans, it was pretty touching," said Joe. "Writing letters.”

“It was moving, I loved it," said Guiseppe. "Especially when we got these letters. I never would have expected it.”

Time is guaranteed to no one. That’s why we make the most of the time we do have.

“To spend time with dad and to witness this, especially during this trying time with his health, was even more special,” Joe said.

Honor Flight has two more missions planned this year so far. The first will take 59 vets to Washington, D.C. from May 21-22.