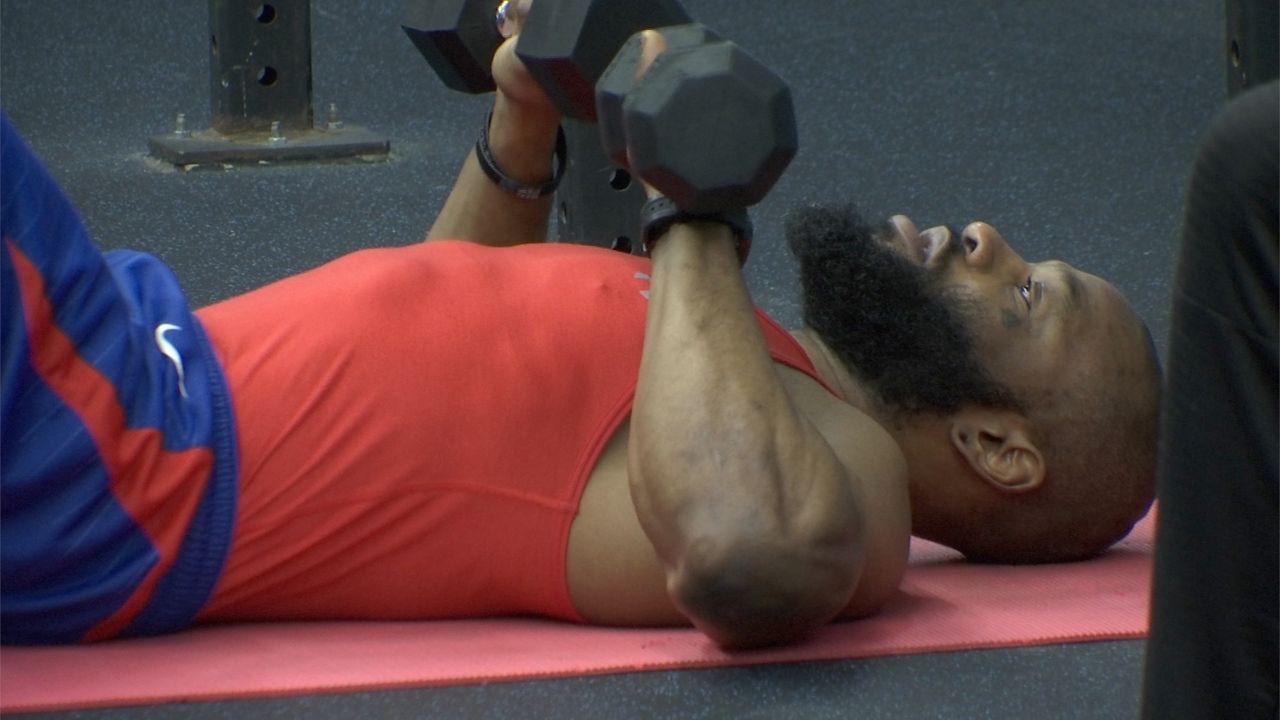 ROCHESTER, N.Y. — Addiction continues to plague many New York communities. Those who treat it say the pandemic has only made the problem worse. A Rochester man is using fitness in his one-day-at-a-time journey to sobriety.

The road to a healthy lifestyle is often drenched in sweat. Sometimes, that road is paved with pain. That’s been Joseph Berry’s experience. It’s a pain he accepts.

“It can become empowering to where you do it know it’s a part of the journey,” said Berry. “And you embrace it.”

Berry is a regular at the Saturday workouts at Rocovery Fitness. The gym is also a safe haven for addicts. To use the facility, people must have 48 straight hours of sobriety.

Westfall says Rocovery’s membership has grown significantly during the pandemic, even though the gym was closed for a period of time during the pandemic, and workouts were held outside. The growth comes as addiction, especially heroin addiction, remains a major issue. A total of 649 people overdosed on heroin in 2021 in Monroe County, according to a countywide task force. The number of fatal overdoses was 130.

“I mean, this is not going away,” said Westfall. “This hasn't gone away, and all indications are that it's actually getting worse.“

Joseph Berry has been working out at Rocovery for years. Admittedly, he hasn’t always been sober. He describes an abusive upbringing. Berry says he used drugs to mask his pain.

“Drugs don't move you forward,” he said. “They only block something that's eventually going to come back up and destroy every other part of my life.”

Berry also represents one of those heroin overdose statistics, and nearly became two of them. In June of 2021, he overdosed on heroin and nearly died. What nearly killed him — finally changed him.

“I knew I made a decision,” said Berry. “After that life and death situation, I decided that I was not going to do this to my life anymore.”

Now sober, Berry is going for his personal trainer certification. A recent class at Recovery represented his first time teaching. He is also studying to become a peer advocate, to work with others going through addiction. It’s hard work. But it’s nothing compared to the work he puts in now every single day of his life.