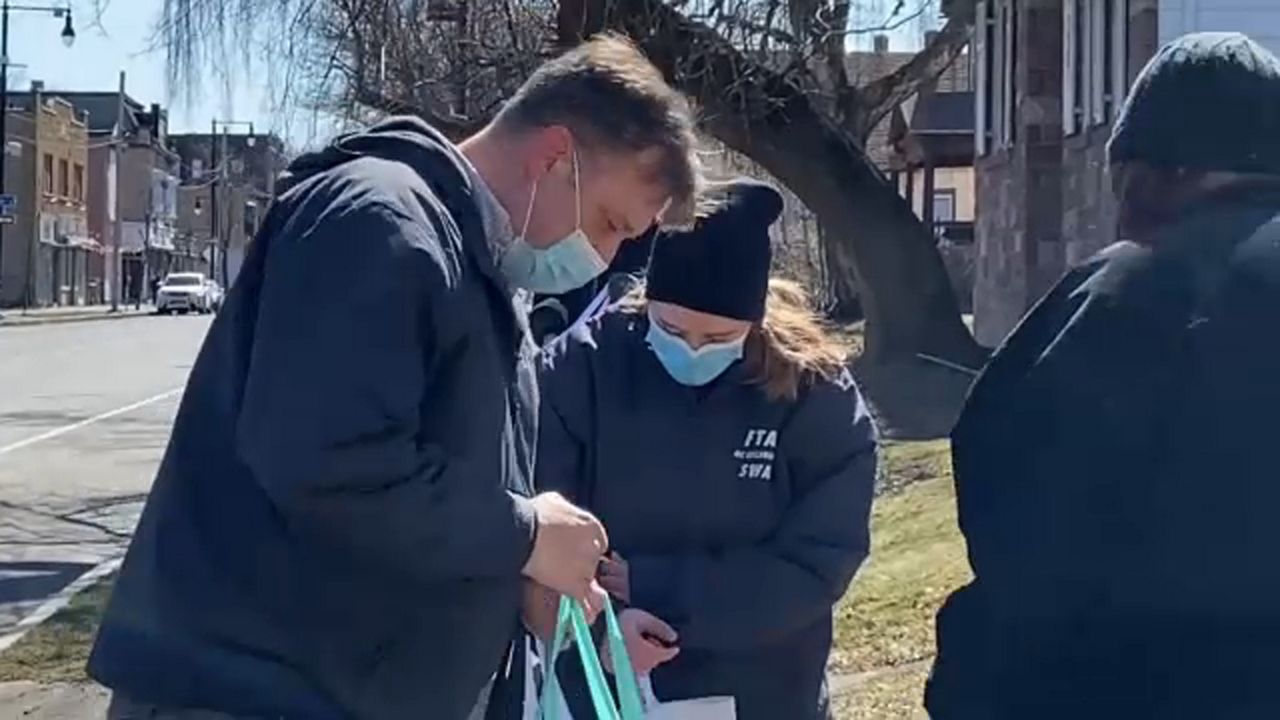 Social worker walks the streets of Rochester, helps the disenfranchised

ROCHESTER, N.Y. — The effort to help the homeless and disenfranchised in Rochester is changing.

Social work is moving out of the office and onto the streets.

Andy Carey is already a familiar face in several Rochester city neighborhoods. The Social Worker of MC Collaborative and founding member of REACH walks the streets several days a week.

“I think a long time ago I always hoped to be a social worker with a hot dog cart bringing all the services to people,” said Carey.

It's an idea coming to mind again during the pandemic.

“We decided that we were going to do walking social work to people...so we came up with the idea of just going to meet people where they’re at,” Carey said. “Right away we found that there’s a lot of obviously mental health and addiction issues. But also really just the basic needs like housing, clothing.”

Andy’s connection with REACH makes a difference, the organization advocates for and with chronically homeless people in the Rochester area.

“The REACH volunteers give us tons of things to hand out which is awesome," said Carey. "And it’s a nice way to meet people and then over time start to build a relationship. So we can figure out what people want. It’s really a fun way to do social work because there’s no eligibility criteria, we’re not trying to push anyone to do anything. We’re just trying to do what will help.”

Not everyone accepts the help. But you can see the appreciation from those who do.

“Drugs are real bad around here," said Elias, a Rochester man the social workers encounter. "So to have these people take time out of their day and to come out here and help us and make sure like we’re not like in the back of abandoned houses dead or catching infectious diseases and stuff like that. Well, I appreciate stuff like that.”

“No one wants to live on the street," Carey said. "Really, the vast majority, life has just not gone well, systems haven’t worked out well for them, so it’s sadness.”

The folks doing this work say they can’t do it alone. What makes it possible is collaboration.

On one day on North Clinton Avenue, teaming up with Father Tracy Advocacy Center and Trillium Health, they're picking up needles along the way. Andy and his team work with several outreach organizations including Montgomery Center, House of Mercy and Action for a Better Community.

Walking to those who are in crisis or to those who are on the verge of potential homelessness, rather than waiting for them to come forward, is a game plan showing early promise in this community.

So the team effort continues to take steps to REACH every person out there who may need a helping hand.

In the last six months, the team has met with more than 1,000 people on Rochester’s streets.