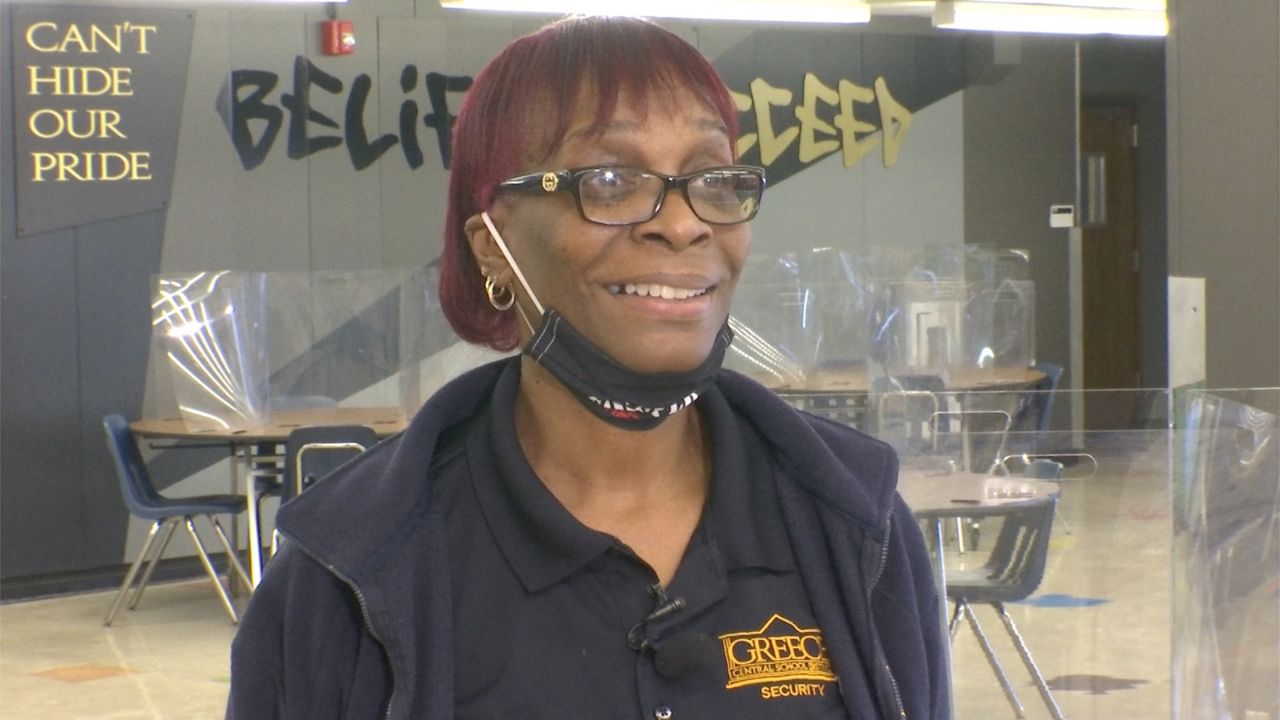 GREECE, N.Y. — A security guard at Greece Athena High School is being called a hero, after saving a student who was choking on a sandwich.

The incident was caught on video. Robin Cooper, a school security guard, was approached by a young man who was choking. The incident occurred Friday in the school cafeteria.

A surveillance camera in the cafeteria captured the incident. It shows the unnamed student approaching Cooper, who was sitting at a nearby table. He had been eating a peanut butter and jelly sandwich.

“Actually, at first I got startled,” she said. “And then I was like, oh shoot, no. He’s choking. His face is red.”

The video shows Cooper jumping to her feet, where she immediately began administering the Heimlich maneuver.

“I can hear him gasping for air,” she said. “I just literally went into action, flipped him around and just started just doing the Heimlich.”

“So he brought it up, and it ended up in his cheeks. And he finished his lunch,” said Cooper. “And he told me he was OK after that.”

The young man’s parents allowed the Greece schools to release the video. Chatterton shared in on social media Monday. Since then, it has been viewed and shared thousands of times.

For Robin, the appreciation is nice. But she says she was just doing what her training taught her.

Perhaps she’s not a hero. She is certainly one young man’s guardian angel.

“Right place, right time,” she said. “Thank god that I was there.”