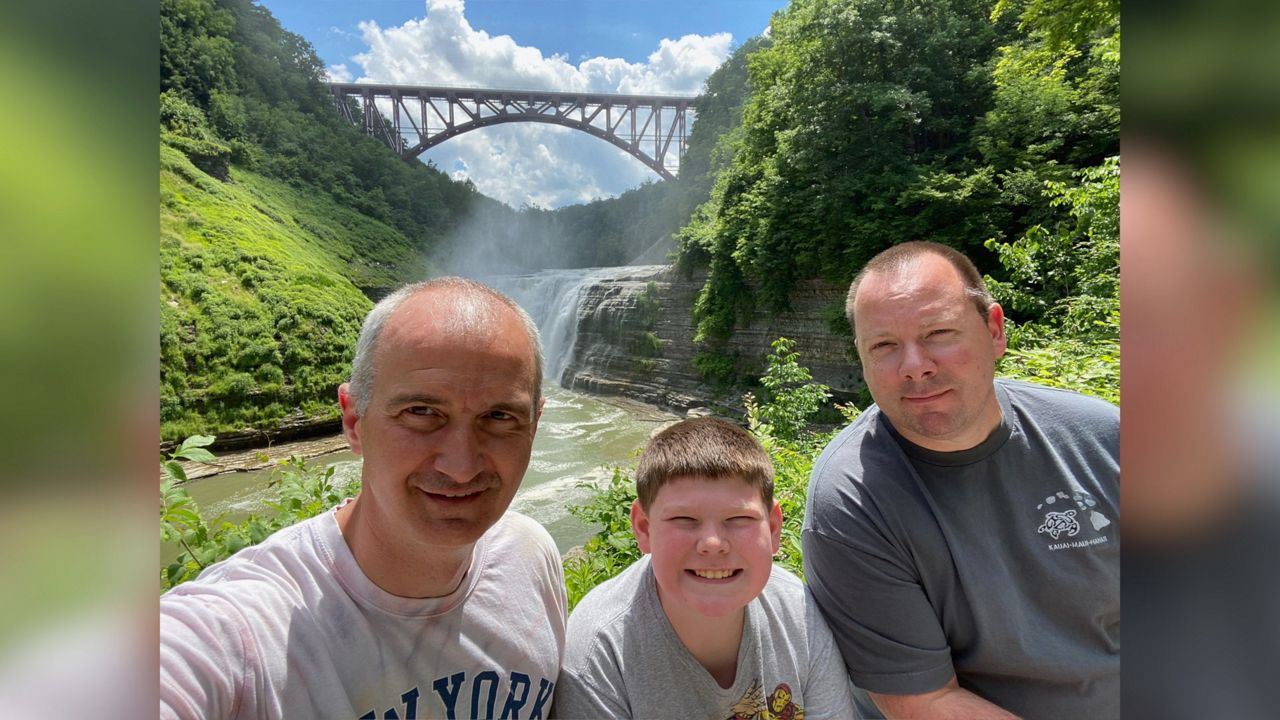 ROCHESTER, N.Y. — About 125,000 children in foster care in the U.S. are awaiting adoption. November is National Adoption Month, highlighting the need for adoptive parents and celebrating children who have found forever families. The pandemic has had an impact on the number of adoptions locally.

Jeff and Rob Allen just recently finalized the adoption of their son, Charlie.

“You get a little bit older, you start to realize that maybe there's something a little bit missing,” said Allen. “You do see the joy of families and friends or relatives as they grow, and I think we just decided that is absolutely the best thing for us."

That's how Charlie came into their lives. The couple, together for 20 years, began the adoption process in the spring of 2018. In July of last year, Charlie moved in with them. They had a timeline for adoption, but then the pandemic hit.

“The pandemic was obviously disruptive as it was for anybody,” said Allen. “I think, in our case, we were far enough along in the process that the way it impacted us was more in the way of impacted any other family.”

“We saw a lot of delays, and we have less adoptions this year, and less placements because of the pandemic,” said Lauri McKnight, executive director of Children Awaiting Parents, which helps adoptive families find children in foster care. “We’ve had some successful adoptions this year, even in a COVID time. But we are pushing forward with continuing to try to move the needle out of all of the children that are in foster care, waiting for adoption.”

In a normal year, many adoptive families take part in a big courthouse adoption ceremony. This year most of those ceremonies, and most of the adoption process, have taken place virtually. But the result is just as rewarding.

Allen said the adoption process can be complex, but it’s worth it in the long run. In August, via a virtual hearing with a judge, Charlie’s adoption was finalized. The day their family, became complete.

“I would say the finalization just put that stamp of legitimacy,” he said. “Ultimately, it's something that it's permanent. It can never be changed. So we are family forever, and that means a heck of a lot."