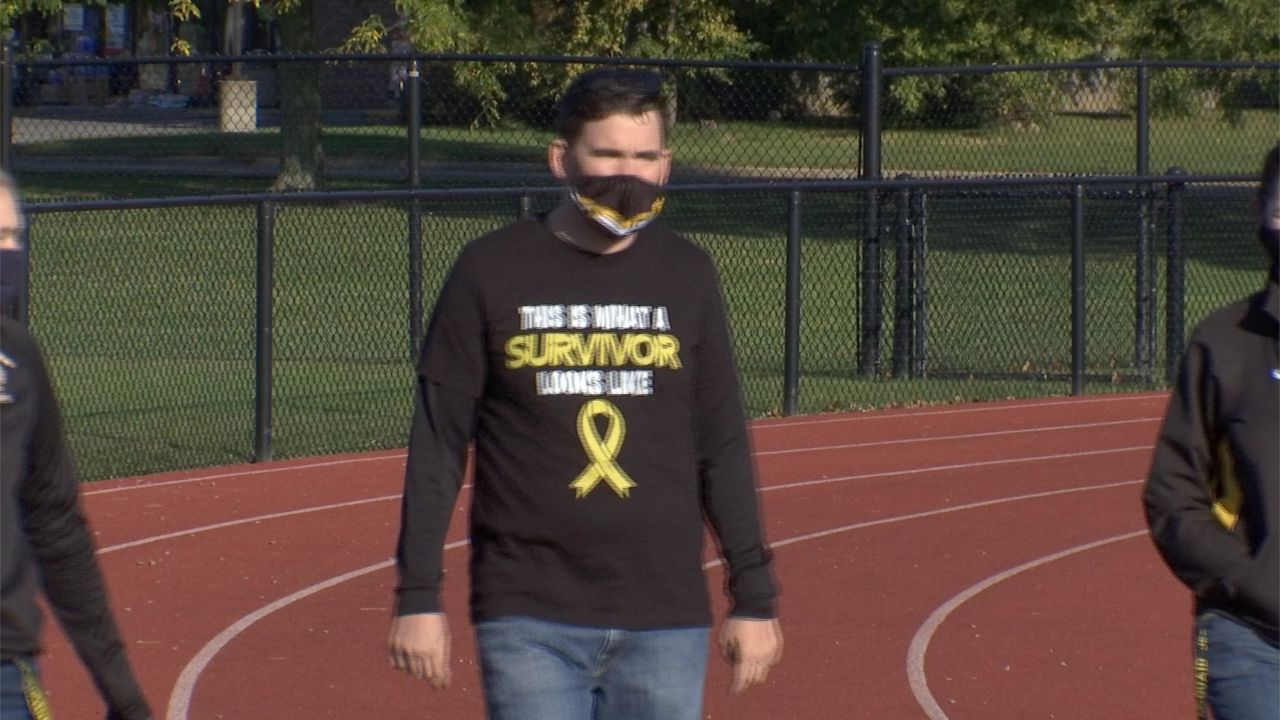 McQuaid Relay Is a Boost for Cancer Survivor

BRIGHTON, N.Y. — Rochester has a reputation of stepping up for those in need. Because of the pandemic, so many charitable fundraisers have been forced to find new ways of raising money. At McQuaid Jesuit School, an annual fundraiser went on Friday — albeit not quite as planned.

For 39 years running, McQuaid’s cross country team has held a 24-hour relay for charity. This year, because of COVID-19, even that is different. The event was cut to twelve hours, and most runners took to the track individually, instead of as a team.

The McQuaid relay raises money for folks in need. This year it’s one of their own. 2002 graduate Sean Mullen can’t run right now. But he’s here, and he’s thankful.

"I’m just blown away,” said Mullen. “I never would have expected to walk out of a doctor's office at 35 years old saying you have cancer.”

The school’s communications director was diagnosed in February, and had a cancerous tumor removed from his spine.

“Being a survivor to me, is being thankful every day for life,” he said.

It’s a lesson coach Stewart is passing on to his team. To become a man, it’s less about your age — than your actions.

“That's what I really wanted my guys understand,” said Stewart. “Look at his fight, compared to what your battle is. How simply you really have it compared to others, and take that simplicity and make good things happen with it.”

Mullen is now cancer-free. Stewart refers to him as the team’s new source of strength.

A shining light — in a strange year.