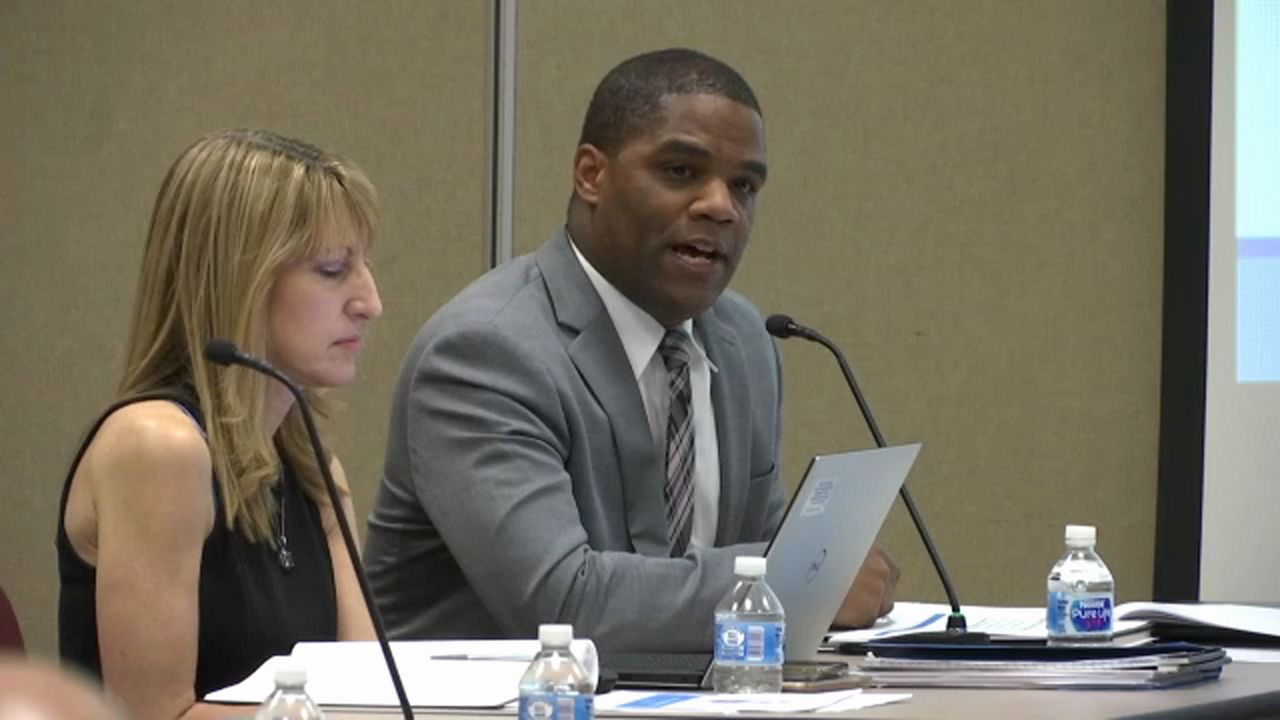 RCSD Superintendent Terry Dade on Leave; Board of Education Focused on Budget

Rochester Board of Education President Van White tells Spectrum News that Superintendent Terry Dade is on leave as the board works on his terms of separation. This come as the board is also working to finalize a budget by this Thursday.

After nearly two weeks since Superintendent Terry Dade was hired by the Cornwall Central School District, his duties at central office are being handled by Deputy Superintendent Lynda Quick.

“He is on leave, he is still being paid, but again, that’s what his contract entitles him to until we reach an agreement otherwise,” said Board President Van White.

The Board of Education officially accepted Dade’s resignation last week. Board President Van White said lawyers on both sides are now trying to figure out how and when Terry Dade will leave the district.

White says once the details become clear, the board will announce that to the community.

“We are focused on exclusively not on adult issues, not on Mr. Dade and his lawyer, but on the children on this district. And how are we doing that? We’re doing that by focusing on getting this budget in on time,” said White.

Van White has full confidence the board will be able to approve a budget by May 7 and present it to the city by May 14.

“The reason why we’re able to move this budget forward is because Deputy Superintendent Quick is in full command at Central Office; we have an arrangement with Terry Dade that Lynda would do the operational day-to-day things that bring this budget home along with the Board of Education,” said White.

Once the budget for next school year is complete, the board will move its main focus on finding an interim or permanent superintendent for the district.

The board has been working on the budget and finding a new superintendent, but White would not release details about the search.

White says moving forward, one thing the board can improve is their communication. The hope is that the next superintendent will understand that relationships are not built overnight, and it will take time.