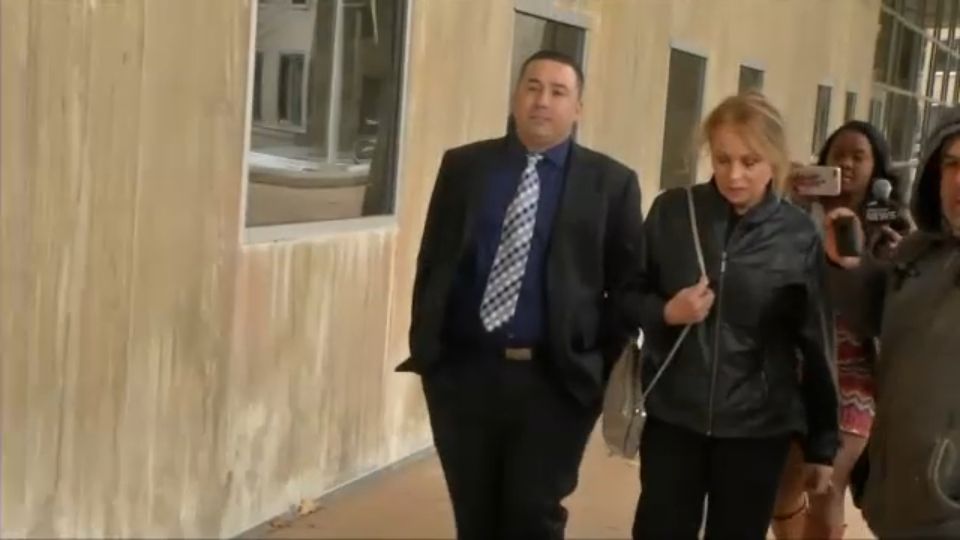 RPD Officer Michael Sippel walked out of court this morning to questions asking him if he was a racist. Sippel has been charged with misdemeanor assault for allegedly beating up Christopher Pate in May.

Michael Sippel walks out of court after entering a not guilty plea in the alleged police brutality case of Christopher Pate. Sippel is facing a misdemeanor assault charge. pic.twitter.com/LAjNIo16n8

Pate is a 37-year-old black man who claims Sippel and officer Spencer McAvoy ripped off his bookbag, tased him and punched him in the face after he was asked to show his ID. Pate suffered a fractured eye and broken jaw as a result. According to a police report, Pate was stopped because he matched the description of a wanted suspect.

A grand jury decided to drop charges against Officer McAvoy, but felt the evidence against Sippel was enough to charge him.

An order of protection against officer Sippel has been put in place on behalf of Christopher Pate. Trial proceedings for this case have been scheduled for January 14, 2019.