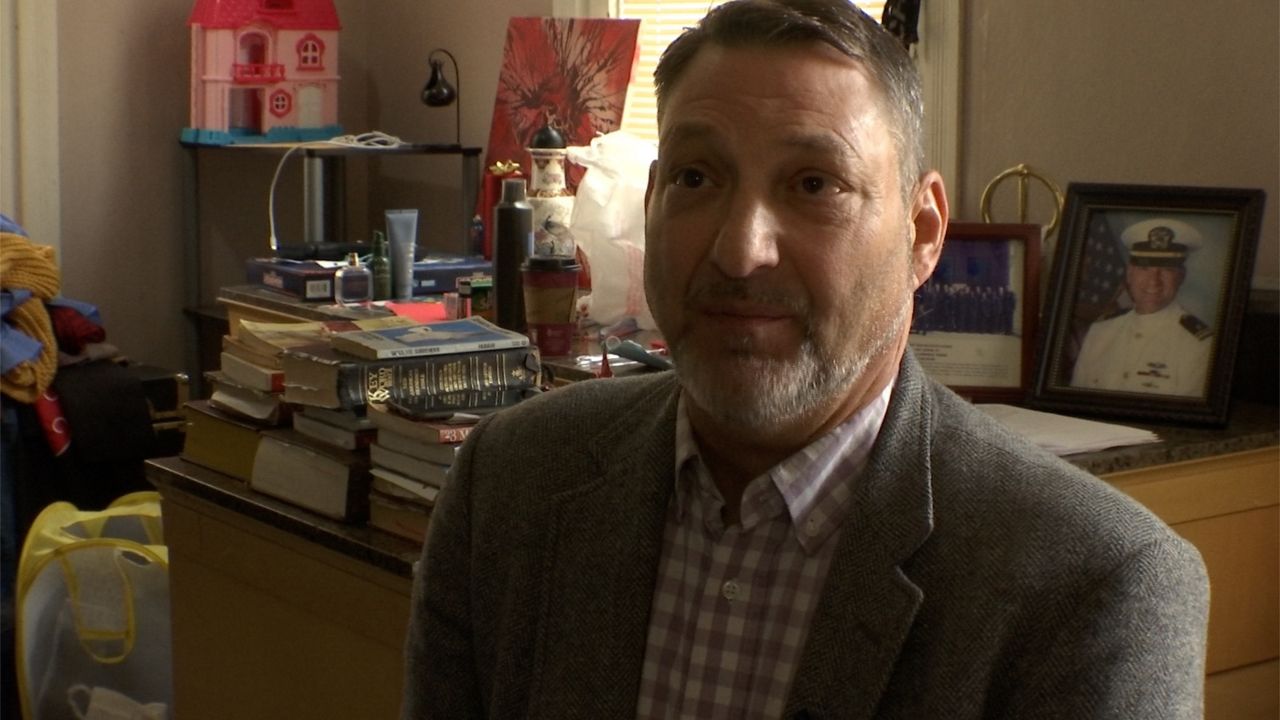 ROCHESTER, N.Y. — The number of homeless veterans in New York state dropped in 2021, according to federal Housing and Urban Development officials. Advocates for the homeless credit, in part, safety nets — including one Rochester housing program that’s getting a facelift and an expansion.

Richards House is a place for homeless men who served. It is operated by the Veterans Outreach Center. Men who stay there get help with not just housing, but other needs they may have, including addiction and mental health.

Albert Cross is a U.S. Navy veteran. What started as a career in nuclear engineering on board a Trident submarine later transitioned into Navy chaplain.

“You worked for your whole life trying to serve your nation,” said Cross.

In his career as a chaplain, Cross often worked with homeless veterans. He never thought he would become one. For now, Richards House is home.

“While it’s not extravagant, it definitely meets our needs,” said Cross. “It’s a lot to deal with sometimes.”

Cross, who grew up in the Southern Tier, enlisted in 1980. After 12 years of active duty he became a Navy chaplain, a path that led to the Army reserves, and later, the VA.

He has a wife, and a four-year-old son. Hard times -- mostly financial, says Cross — led to him being homeless and winding up at Richards House. He’s thankful that his service benefits offer him the opportunity to find such a place to stay.

“So it's just been that ace in the hole that a lot of veterans fall back on their benefits,” he said. “And so I’m very thankful.”

The Veterans Outreach Center recently broke ground on an expansion at Richards House. There will be more space and updated facilities for housing and counseling services, for men who served but now have no other place to live.

“We are so excited to finally be able to break ground on this promise that we've made to our veterans,” said VOC executive director Laura Stradley.  “That we're here to help them through whatever trials and tribulations have brought them to this place.”

It’s a place where Cross now lives in a single room with two other men.

“They've really stepped up in many tangible ways to provide for us,” he said.

Cross received a medical discharge from the military. Now 59, he says he’s trying to collect retirement benefits, which will help him get back on his feet and back with his family. But there have been complications.

“You're trying to collect on having served your country,” he said. “But you have one more battle to kind of face. That is definitely my situation, so I’m hoping it all works out well.”

Cross believes things will work out. He’s thankful for the help he’s earned when they haven’t.

“If I hadn't had my faith, I don't know where I’d be,” he said. “And you hear many people say that but, boy — it's so pertinent to my life. It gets me through. It gets me up every day.”